Are the Reds on their way back to the glory days?

At the start of the season among all the obligatory predictions and rankings of sides I noticed a trend. Everyone was playing it safe.

“The Brumbies will be the strongest in the Aussie conference”, “the Waratahs should do well with their backline” - basically all the same stuff that has been regurgitated year after year.

No attention, apart from passing comments, was given to the Reds and the Rebels, usually picked at three and four in the Aussie/Japan conference.

I wondered if anyone actually took a good look at the teams and the coaches because what I saw was that the Rebels, under a more experienced Dave Wessels, had pulled together a team from the remnants of the Western Force that should be the envy of the Aussie conference. I also saw that with Brad Thorn at the helm the Reds finally had the right coach for their young squad.

Everyone in the rugby world knows Thorn, his achievements say it all: three NRL titles, two State of Origin titles, eight appearances for the Kangaroos, two NPC titles, a Super Rugby title, a Heineken Cup title, 59 Test Matches for the All Blacks and a Rugby World Cup trophy, only to name a few.

He is a man with singular drive who commands the upmost respect from anyone who has ever been within ten feet of a rugby ball. He is also a man who knows what it takes to achieve a winning culture both as a player and now as a coach - something recently proven in his stint in control of Queensland Country in the NRC. 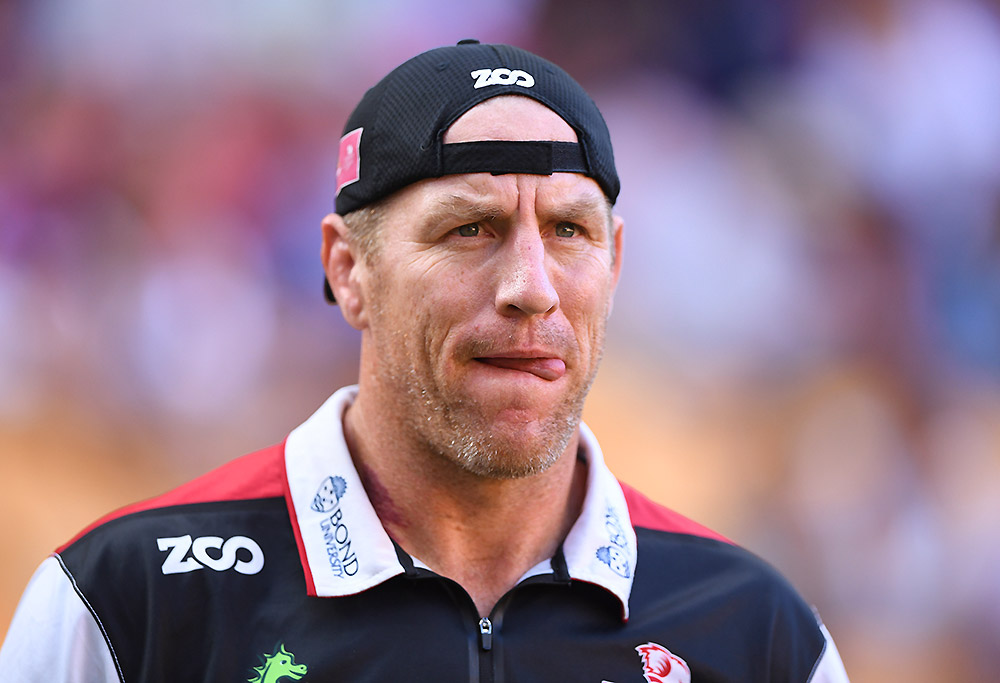 From the word go Thorn took no time in enforcing his vision at the Reds with a controversial decision to cut Quade Cooper. There was a lot of talk about this decision, and there still is, but let me make something clear, cutting Quade was absolutely the right thing to do.

Sure he is being paid $700K to effectively not play for the Reds but it’s not about the amount he is being paid. Brad Thorn didn’t decide to pay him that much, it’s about his overall presence and how he fits within the team.

There is no doubt that Quade is a true athlete, he can do things that no one else on the planet can do on attack, but this is not where his problem lies. Quade is simply shocking in defence. One of the worst in Super Rugby. Quade routinely goes in too high to the tackle zone leading to an ineffective tackle or high tackle.

Only last season Quade was banned for three games for a high tackle in Johannesburg. That made a total of ten cards for Cooper in Super Rugby and Tests, seven of which are due to poor tackles, and this season if its anything the Super Rugby officials are cracking down on its poor tackling technique.

Brad Thorn knows there is no room at this level for a glaring weakness like Quade in defence, sure you can hide him on the wing or the backfield most of the time but it’s only a matter of time before the weakness is exposed and exploited by the best teams in Super Rugby and you can’t play every game a man down.

It’s not just the big calls like dropping Quade that I like about the Reds this season, it’s the commitment and effort that Thorn’s young side is putting into the basics. A key indicator of this is their defence.

In their game on the weekend against the Jaguars they repelled wave after wave of attack in their own 22, with the Jaguars routinely coming up empty handed. The Jaguars just couldn’t compete mentally, not just physically, with a Reds side swelling with confidence.

For my count the Reds spent 13 minutes pretty much entirely within their own 22 at the start of the second half in Buenos Aires. The Reds got lucky with a few calls, sure, but really the Jaguars just couldn’t compete with the wall of Red continually coming to meet them. Even when there was a breakout the scramble defence from the Reds came to the rescue and either forced a knock on, got a turn over or won a penalty.

But biggest surprise from Reds this season has been their set piece, and particularly their scrum. Who could have guessed that with two extremely young front rowers in Taniela Tupou (21) and Brandon Paenga-Amosa (22) the Reds could create such a powerhouse set piece. 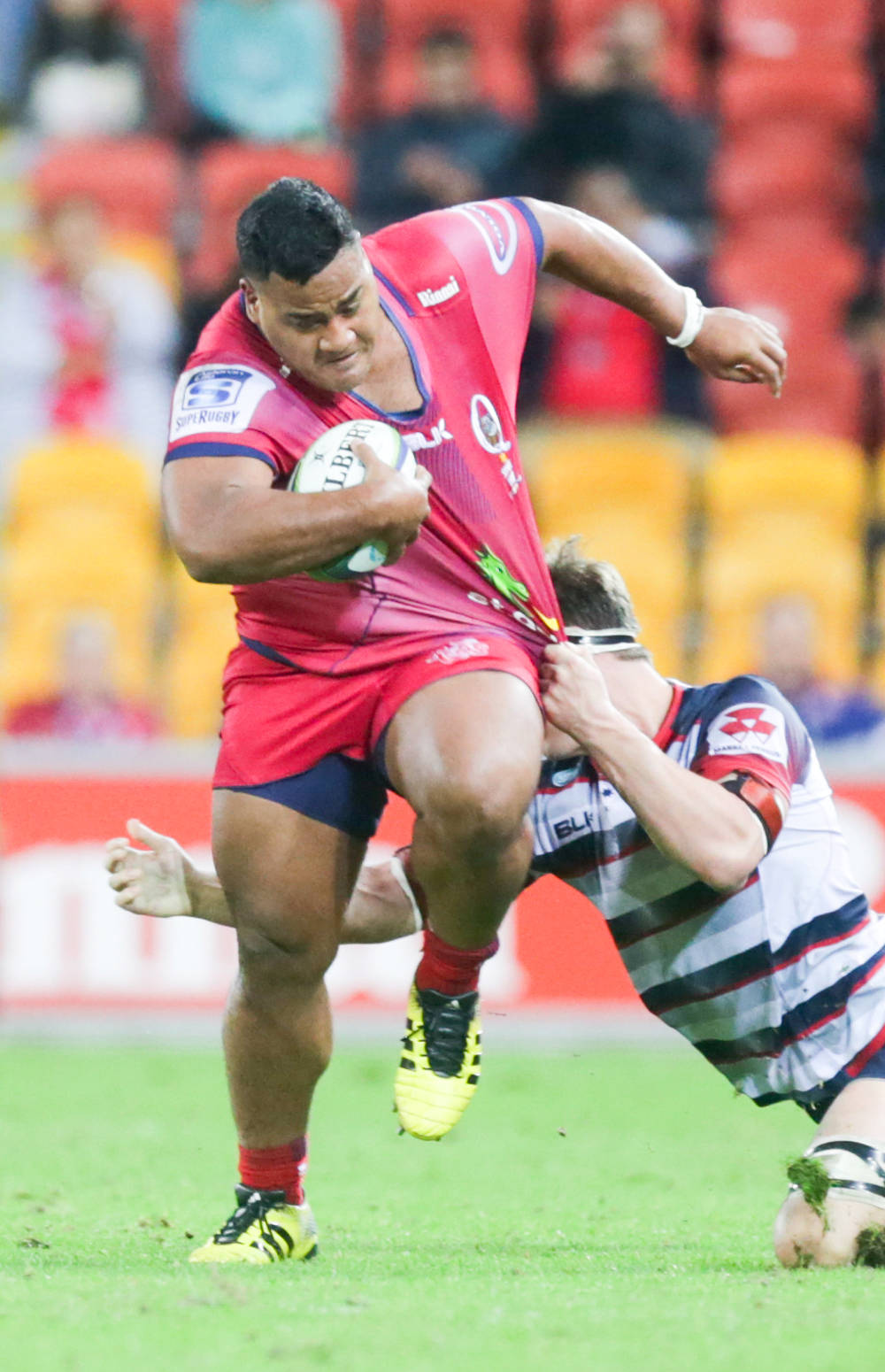 In the Reds last three matches they have bested the Brumbies, the Bulls and the Jaguars at the set piece. These are teams that pride themselves on being able to control the ball through their scrum and lineout organisation, but they were all dismantled by a forward pack with an average age of 23.

The Reds lineout is operating efficiently in the air and in defensive mauls but the scrum is by far the stand out. The scrum is the rock on which the Reds entire season can be built because if it is used effectively the Reds can control procession not just in attack but also defence.

The cool heads under pressure from a young squad has been great to see especially when the age of their players was seen as the biggest problem for the Reds at the start of the season, a squad too young to make any real impact.

The problem with this opinion is that it didn’t take into account that Thorn is at the helm. With Thorn in control there is no time wasted trying to earn players respect because it is already there, and the key to coaching any Aussie side is respect.

Respect breeds commitment and commitment breeds impact. This is the real win for the Reds, too often Australian sides have lacked the base level of commitment needed to grind opposition down.

Creating pressure in defence is now slowly becoming a hallmark of this young Reds pack with more experienced players like Kane Douglas and James Slipper really stepping up and leading by example. 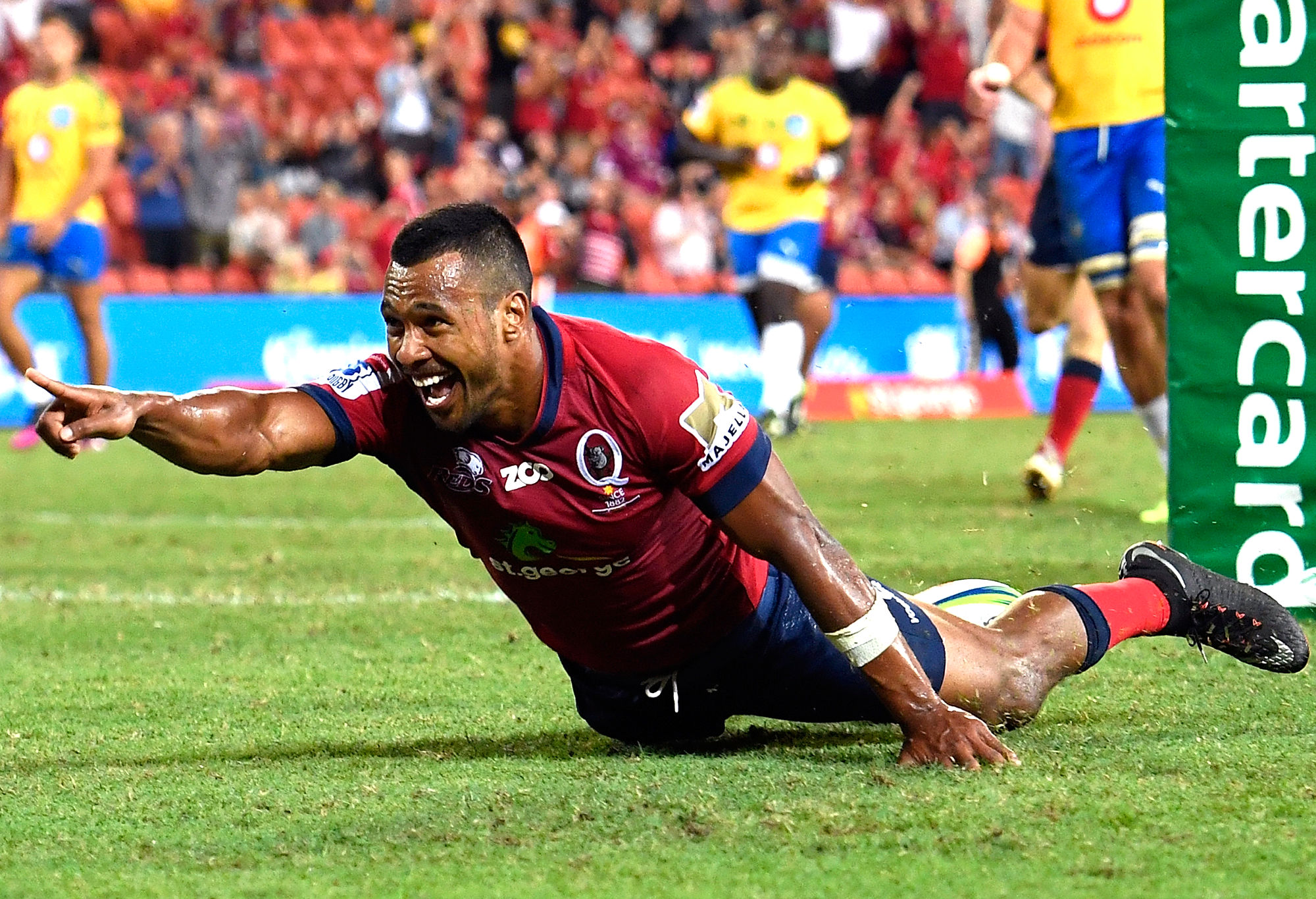 It is these experienced players, along with Jono Lance and Samu Kerevi, that will need to again lead the charge as the Reds head to Newlands to face the a Stormers side fresh off an impressive win over the Blues.

This will be the biggest test so far for the Reds. After the completing the longest trip in world rugby, with some inoculation controversy thrown in, how will Thorn side respond? The answer will go a long way to revealing the true character of this side.

Whatever happens on the weekend with such a young team already developing the base skills to be successful in Super Rugby, and the steady hand of Brad Thorn on the wheel, the future looks bright for the Reds.