How different will Tiger 2.0 be?

Tiger Woods has returned to Augusta this week. And get ready, because Tigermania is likely to reach a level we haven’t seen before. It may even exceed the interest he generated prior to 2009 when his life and the world’s perception of him changed dramatically overnight.

We’ve already seen most golf fans have moved on from Tiger’s off-course antics and are now much more interested in his future on the course this year.

This shouldn’t be a surprise. Most fans could strongly argue they never claimed to know much about him as they watched him win 14 majors between 1997 and 2008.

They may take a bit more interest in what he does off the course now, but seeing him back playing well seems to have reminded many fans why they started watching golf or why they picked up a club for the first time.

To sports fans around the world, ‘Tiger 2.0′ is like Roger Federer’s career resurgence on steroids.

It’s interesting the number of people that wrote Tiger off in recent years. They did this despite most of them recognising what a phenomenally focused, hungry and pig-headed person he is.

In their defence, maybe they were influenced by media reports focused on his mental state and failed to acknowledge the role his injuries contributed to his then-ailing golf game.

Tiger has based his brilliant career around a body that was fitter and stronger than most players who have ever played the professional game.

In recent years, his injuries often robbed him of both the ability to play the sport he loved, and the exercise needed in preparation for potential tournaments.

In the periods Woods could play, he was not able to put his best foot forward – something a perfectionist like Tiger would have found even harder to handle than most people.

It’s understandable that reporters have focused more on Tiger’s mental capitulation than his injuries. The off-the-course stories have provided much more interesting angles to report on (and speculate on – and even exaggerate) than reporting on the serious Achilles, knee and back injuries he’s repetitively experienced. 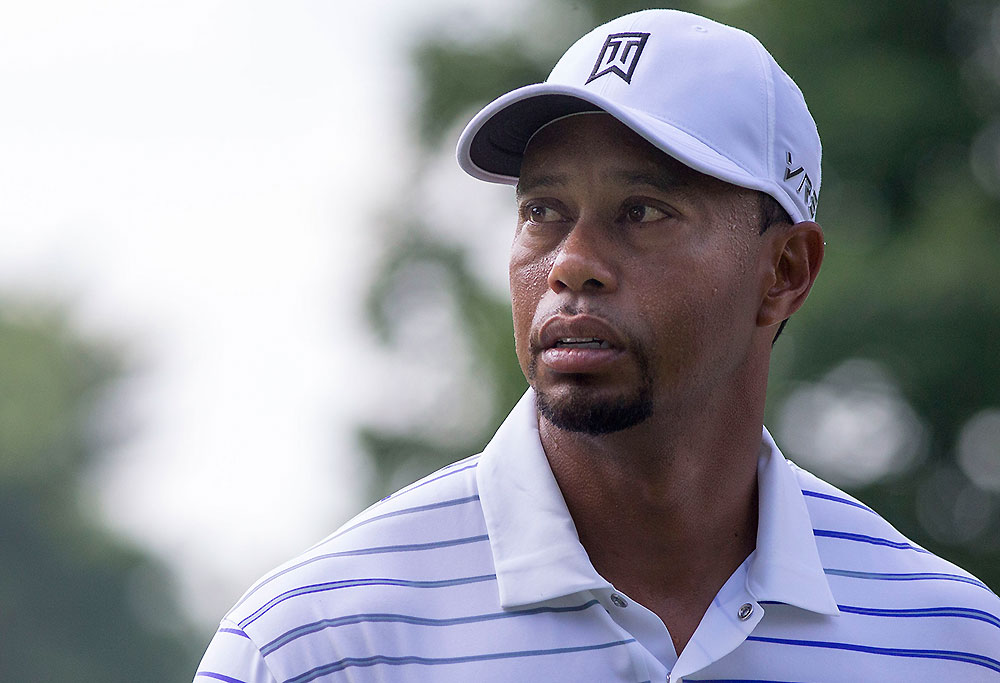 To question Tiger’s mental capacity when he steps on any golf course would overlook how we’ve seen him compartmentalize his personal life from his golf game in the past.

Even in Augusta in 2010, he was able to place fourth in the Masters soon after his extra-marital affairs had been exposed.

Woods’ ability to go into his focused-zone is as good as anyone we’ve seen in sport – let alone golf.

Woods once described this by saying:

“I become so involved in that particular moment, hitting a shot and performing a task and being mentally prepared for that shot. When my father was in the special forces there were a lot of times when he says the training would just take over… and that’s what it feels like for me in golf when I just get out of my own way and just let the training take over.”

Earl, of course, made reference to his son’s willpower in the famous Nike ad when he said, “Tiger, your training is over. You’ve got it and I promise you that you’ll never meet another person as mentally tough as you in your entire life. And he hasn’t. And he never will.”

One of the fascinations now is not necessarily just how Tiger goes this year at the Masters, but how long he keeps his body fit to pursue Jack Nicklaus’ record of 18 Major victories. Nicklaus impressively won his 18th major at age 46.

Tiger is still ‘only’ 42 and with a mind as obsessive as his, you’d think he would have to be wheelchair bound before he stops his pursuit of 19 wins.

In the crazy world that is Tiger’s mind, one more major victory would probably make him even hungrier and determined to chase unprecedented golfing success.

Most ‘normal’ people would have given up after his 2017 back operation (his fourth) and been glad they were healthy enough to run around with their kids.