After an exceptionally long off-season, due to the Commonwealth Games, Super Netball finally returns this weekend, with a series of matches across the country.

In Sydney, things begin on Sunday with a double-header at Qudos Bank Arena with a grand final rematch between the Giants and Sunshine Coast Lightning, then the Sydney Swifts will play the Queensland Firebirds.

Heading into the second season of the competition, there have been some changes to the rules and also to the points system.

Let’s start with the points system, which will now include bonus points from quarter-by-quarter wins, with teams able to collect up to eight points per game. How this will work practically means that if a team wins a quarter, they receive a one-point bonus. Additionally, if a team wins a game, the number of points they will receive has increased from two to four and teams are also rewarded additionally for a draw with the points increasing from one to two.

While a winning team can be awarded up to eight points, even the losing team is capable of earning up to three points.

Had this system been in play in season one, it could have potentially really impacted a team like the Swifts, which won plenty of quarters but lost a couple with very close margins.

Another change to the rules will see coaches – or another member of their support staff – able to roam freely courtside, coaching their team. In the past, this has not been allowed and coaches have had to stay in their seats during the game. This change will see Super Netball moving in the same direction as basketball.

There are a couple of other things I am really looking forward to this season.

The first is the return of Kimberlee Green for the Giants, after an exceptionally long pre-season, which started in May last year when Kimberlee did her ACL in Round 5.

Additionally, I’m looking forward to an exciting competition and one where there is no clear stand-out team. The West Coast Fever will be much improved with the addition of Jhaniele Fowler, the Vixens have a similar squad to last year, which has plenty of youth and will be hungry to feature in the finals.

Additionally, the Swifts surprised plenty of people last year with their newly formed squad and the Giants will also be keen to go one better and get that elusive grand final win.

For those of you who haven’t had the opportunity to get out to any Super Netball, I encourage you to make this the season that you get to a game.

I only experienced my first game last year and you will be hard-pressed to find a faster-paced game, with wonderful entertainment for the whole family. 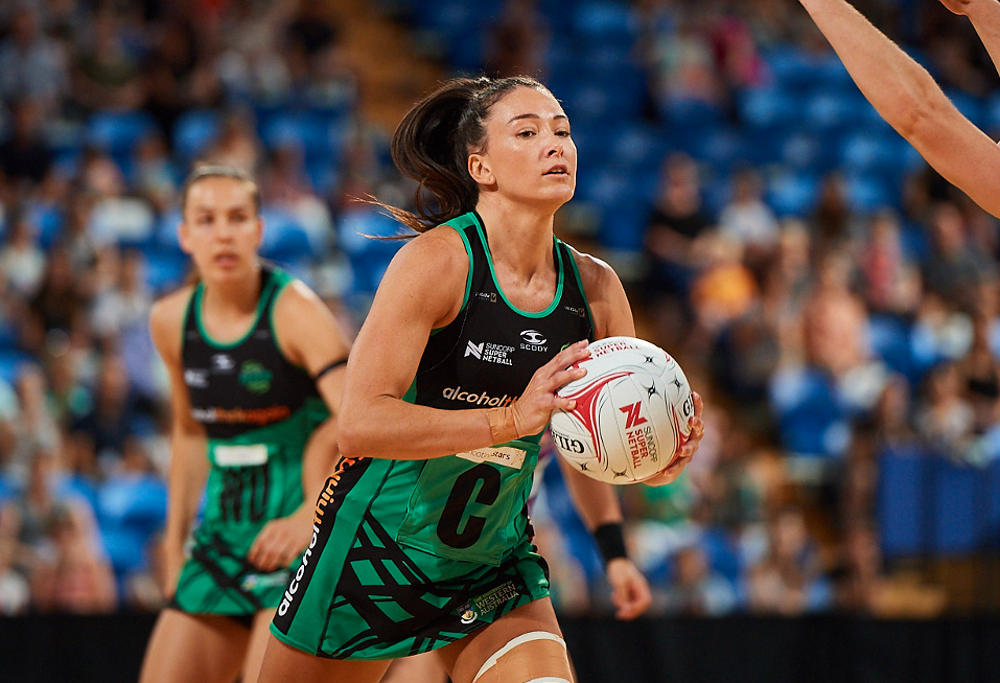 Rugby union
This week, Rugby Australia announced that history will be made on Saturday, August 18, when the Wallabies and Wallaroos will play in back-to-back double headers – firstly in Sydney, at ANZ Stadium, and then in Auckland, the following Saturday, at Eden Park.

The game at ANZ Stadium will carry particular significance because it will be the 50th Test match for the Wallaroos and the first time that this squad has played in a double header fixture with the Wallabies on Australian soil.

It’s been positive this year to see so much support and an increased focus on the XVs version of the game.

It was also fitting that this announcement was made following the conclusion of the inaugural Super W season last Friday night in Sydney, which saw New South Wales defeat Queensland in a golden-point extra time final.

I was at the game and it was very entertaining – particularly because the last time these two teams met (back in Round 1 of the competition), NSW won 18-0. Last Friday, they only just prevailed thanks to an Ash Hewson penalty goal.

The Wallaroos will be missing Ash in this upcoming tour, who last week announced her retirement from Test rugby. Ash retires as the highest point scorer for the Wallaroos, with 21 Test caps to her name since she made her debut against Samoa in 2009.

Even with Ash missing though, plenty of familiar faces have been named in the 45-woman squad for the upcoming tour, including Emily Robinson, Liz Patu, Grace Hamilton, Victoria Latu, Mahalia Murphy, Shanice Parker and Sarah Riordan.

The squad will take part in satellite training programs around Australia to prepare, before the squad comes together in camp in August just before the first Test.

During this international series, the Wallaroos will be competing for the Laurie O’Reilly Cup, a trophy which Australia has never won.

This double header in Sydney is a step in the right direction, particularly if Rugby Australia is serious about bidding for the next women’s Rugby World Cup, in 2021.