Blast from the past: When the Dutch walloped South Africa

The English summer of 1994 was a significant one in the history of the game, as it saw the first tour by a South African team since 1965.

England bounced back as the three-Test series progressed and finished with an eight-wicket win at the Oval to ensure that honours were shared 1-1. A two-match ODI series followed in which England carried the momentum and emerged victors by 2-0. The visitors were then beaten by a Scarborough Festival President’s XI, which included the likes of Roger Harper and Malcolm Marshall.

A few days after their Scarborough outing, on 4 September 1994, South Africa faced the Netherlands in a 50-over clash at De Diepput in The Hague in what was the concluding game of their tour. De Diepput was the scene of the Netherlands’ brightest cricketing success yet: a memorable three-wicket victory over the Ashes-winning Australians back in 1964.

The Dutch were not exactly pushovers in the limited-overs game. They had bowled out the touring West Indians for just 129 en route to a five-wicket win at Haarlem in 1991, riding on a burst of 3/27 from right-arm fast bowler Andre van Troost. The following year they fell short by only seven runs while chasing 193 in a curtailed 35-over affair against the Pakistanis at The Hague.

In March 1994 the Netherlands secured third place at the ICC Trophy behind the United Arab Emirates and hosts Kenya to qualify for the World Cup for the first time. Captained by 41-year-old all-rounder Steven Lubbers, the Dutch 11 that took on South Africa featured nine men who would be part of the squad for the 1996 World Cup on the subcontinent. 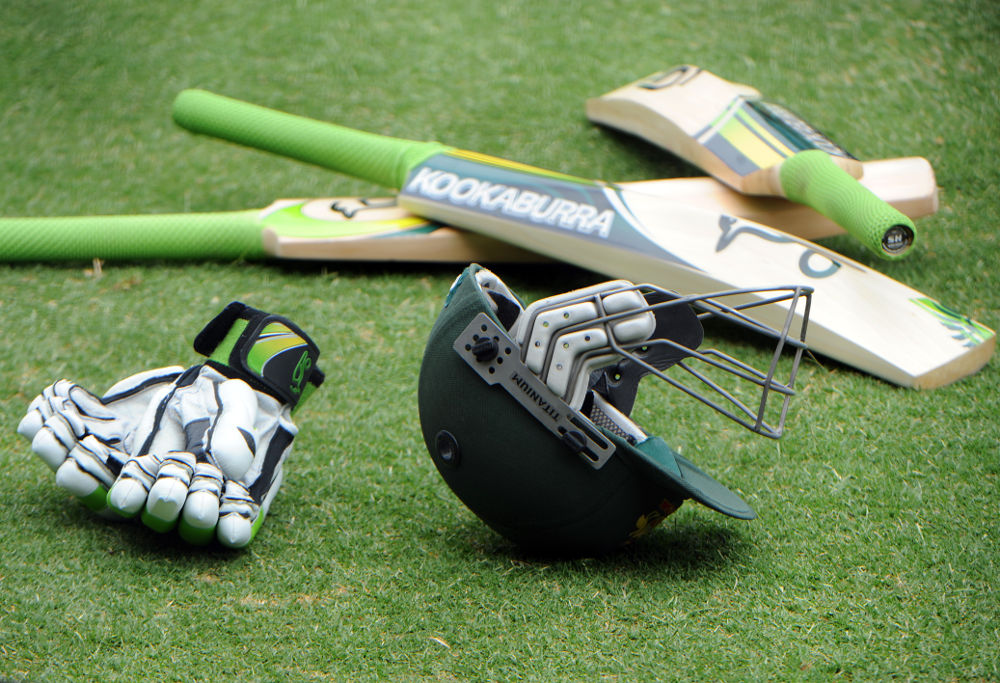 With Wessels ruled out due to injury, Hansie Cronje took charge of the South Africans for this fixture, which was reduced to 40 overs a side on account of rain. After electing to bat, the South African top order ran into 31-year-old medium pacer Floris Jansen. Things were ominous from the first ball itself, as the curly-haired Jansen had Andrew Hudson caught in the slips by Nolan Clarke.

Soon after, Jansen also removed Hudson’s fellow opener Gerhardus Liebenberg to leave South Africa at 11/2. Gary Kirsten and Cronje appeared to have steadied the ship a bit by putting on 21 for the third wicket when the former became Jansen’s third victim. Eight runs later Peter Kirsten, elder half-brother to Gary, succumbed to the medium pace of Paul-Jan Bakker; the scoreboard now reading 40/4.

At the other end 41-year-old Sri Lankan-born leg-spinner Flavian Aponso, who was part of the ‘rebel’ Arosa Sri Lanka squad that toured South Africa in 1982-83, chipped in by sending Brian McMillan back cheaply. A few minutes later Cronje, who had played well for 28, had his woodwork disturbed by Bakker. The Dutch were on the prowl and the South Africans, reeling at 52/6, had nowhere to hide.

Wicketkeeper Dave Richardson and Richard Snell attempted to stem the flow of wickets, adding 31 for the seventh wicket. Snell decided to throw caution to the wind and hit two sixes in a rapid 21 before Tim de Leede, another medium pacer, netted him. South Africa were in danger of being bowled out when Craig Matthews walked out to join the defiant Richardson at 98/8.

The highest stand of the innings ensued, as Richardson, who top-scored with 35 not out, and Matthews shared an unbroken 36 to steer the South Africans to the relative respectability of 134/8. Jansen finished with figures of 8-4-8-3, while de Leede (2/22) and Bakker (2/31) also bowled tidily. Had it not been for Richardson, South Africa would perhaps have struggled to reach 100. The Netherlands’ task of chasing down this modest total was made even easier by the absence of ‘White Lightning’ Allan Donald, who was the joint highest wicket-taker in the Test series along with teammate Fanie de Villiers. Nevertheless, with a pace attack comprising de Villiers, Snell, Matthews and McMillan at their disposal, the South Africans had an outside chance yet.

Early wickets were the key if South Africa were to produce a comeback, but the Dutch openers put paid to any such hopes. The Barbados-born Clarke, aged 45 and with the experience of having played first-class cricket in the Caribbean, joined forces with Peter Cantrell, who likewise had played domestic cricket in Australia earlier, to shut the South Africans out of the contest.

The duo put on 122 for the first wicket, with Clarke playing the aggressor to Cantrell’s anchor. Clarke, who would go on to become the oldest cricketer to play ODIs at the 1996 World Cup, carted the South African bowlers around for 78, inclusive of six fours and three sixes. By the time he fell to the part-time off-spin of Peter Kirsten, the result of the game was but a foregone conclusion.

Cantrell, who remained unbeaten on a dogged 43, and Roger Bradley applied the finishing touches to what was a surprisingly comfortable triumph. Bradley hit the winning four off Kirsten as the Netherlands raced home by nine wickets, reaching 138/1 with 55 balls to spare. For the South Africans, it was a game best forgotten given that they were thoroughly dominated from the outset.

It may have come at the end of South Africa’s tour, but this win must rank among the Netherlands’ best moments in their cricket history. After all, it is not often that an associate nation gets to roll over a near full-strength Test side so resoundingly. Moreover, the South Africans, despite their late beginning on the ODI circuit, had almost made it to the final of their maiden World Cup in 1992.

The next time the Netherlands played South Africa was in Rawalpindi at the 1996 World Cup, a game they lost by 160 runs after Hudson’s 161 propelled South Africa to 328/3. The Oranje came agonisingly close to upsetting the Proteas again nearly 20 years later at Chittagong during the 2014 World Twenty20, going down by six runs after losing their last six wickets for just 23 runs in a chase of 146.