Should we believe in the Adelaide Crows in 2018?

The Adelaide Crows’ 2018 season came to a close in a similar, all-too-familiar manner to that of years gone past; a promising home-and-away season led to a disappointing, abrupt end to the year in the finals, and controversy followed as highly-regarded players fled for other clubs.

The Crows, though, were as good as any team for the majority of last season. They fell at the final hurdle. Richmond dominated the finals series, and have proven it to be no fluke, starting the 2018 season 6-1.

However, Adelaide made terrific strides in their midfield, which was previously questioned, and solidified their defence, while their forward line remained as good as any.

Yet, they are without many key components of the 2017 team, and at times have looked vulnerable against quality teams such as Collingwood. Brodie Smith, who is recovering from a torn ACL, could potentially return with 2-3 rounds remaining in the season, and be ready for a finals tilt.

Brad Crouch continues to rehab from groin soreness, which has yet again interrupted his season before it ever got going. Rory Sloane appears to have overcome a nagging foot injury, while the club is confident that they have got to the bottom of the hamstring crisis that saw several players miss weeks with hamstring injuries.

We know of the controversial exit of intercept defender Jake Lever, but perhaps the biggest loss for the Crows is that of Charlie Cameron. The live-wire forward has excelled in Brisbane, playing mostly up forward.

The Crows pressure was terrific last season in large part due to the prolific speed of Cameron, and their ability to retain the ball inside their forward line served them well. But, seven weeks into the new season and that strength has turned into a glaring weakness.

It is common knowledge that the Crows have a tall forward line, but questions have arisen as to whether they are too tall. In their Round 4 loss to Collingwood, they played five tall forwards, and lacked any real forward pressure. The recent addition of young Jordan Galluci into the forward line has inserted some pace, but in the heat of the finals, they may still be lacking in that area, especially if they have players carrying injuries, as they have in the past two seasons.

In the grand final loss, the Crows midfield was hammered, and although their forward line was rightly criticised, the game was won in the midfield. The addition of Bryce Gibbs, as well as the health of the physical Cam Ellis-Yolmen, could rectify this to an extent. 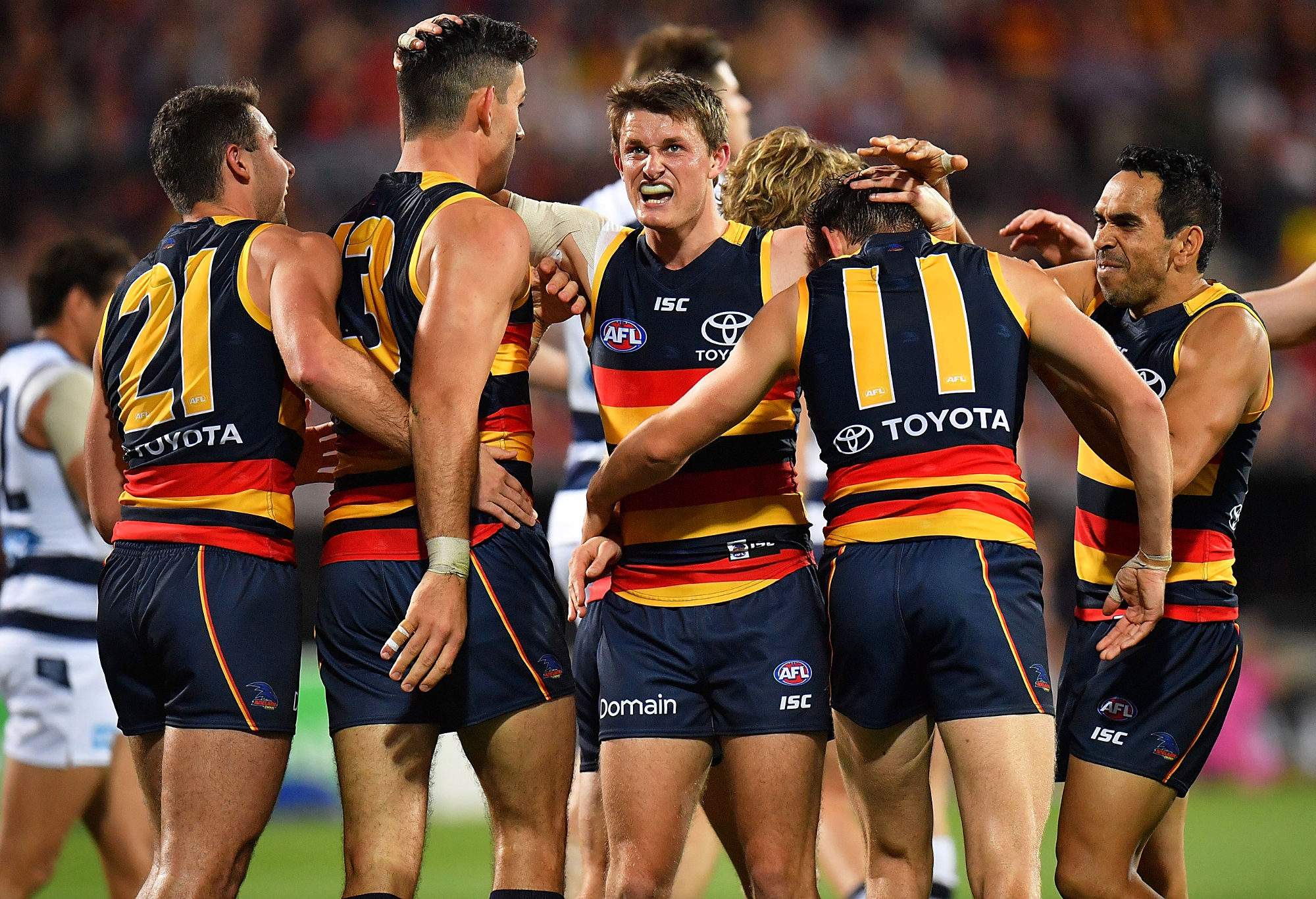 The biggest concern could be the defence. Third year defender Tom Doedee has mostly filled the void left by Jake Lever, while the Crows have used a combination of Paul Seedsman, David Mackay and Wayne Milera more recently to cover the loss of Brodie Smith. But the return of Smith is huge; he provides a good marking presence for his size, great speed and the best user by foot in the team.

The backline, which has plenty of taller and slower players such as Daniel Talia, Jake Kelly and Kyle Hartigan, looked vulnerable against the Tigers, and a smaller forward line could again cause them trouble.

That said, most defences have struggled to contend with Richmond’s mosquito fleet, and the Crows don’t really have any alternatives, aside from potentially throwing Mitch McGovern behind the ball as an extra to control the air, which Adelaide has experimented with this year.

Overall, Adelaide need to control the game in the centre, and allow their high marking forward to dominate. They have been less effective at catching teams on the slingshot this season, and the majority of their goals have come in a more conventional manner.

But this team is building; they are slowly getting healthy, and they are right up there with the likes of Geelong, GWS and Sydney in premiership contention. Richmond, though, are at another level, and beating them at the MCG could prove one hurdle too far.