The best two clubs of the AFL era (and no, neither is Hawthorn)

Most will accept the AFL era began in 1990, when the competition was renamed from the VFL to the AFL.

Carlton were the most successful VFL era side, with 15 flags, Essendon were next (14) and then followed Collingwood (13), Melbourne (12) and Richmond (10).

Let’s break the AFL era down and look at what defines success. For some fans, nothing short of flags are worth mentioning; others want to be in contention deep into most seasons, rather than patiently wait for rebuilds.

Flags
If your definition of a successful club is only premiership flags, there will be no surprises that Hawthorn is clearly the most dominant club of the AFL era.

If that is your only barometer of success, then the article stops here. The Hawks are the best, as their five flags has no rival.

Some will be a little surprised with the members in the next grouping – Brisbane, West Coast and Geelong.

What an amazing achievement in a non-football state by Leigh Matthews mighty triple flag Lions in 2001-2003.

Once again, if flags are your only barometer of success, looking just at non-Victorian clubs, Brisbane are every bit as successful as West Coast and leave Sydney and Adelaide, Port, Fremantle and the new franchises in their wake. 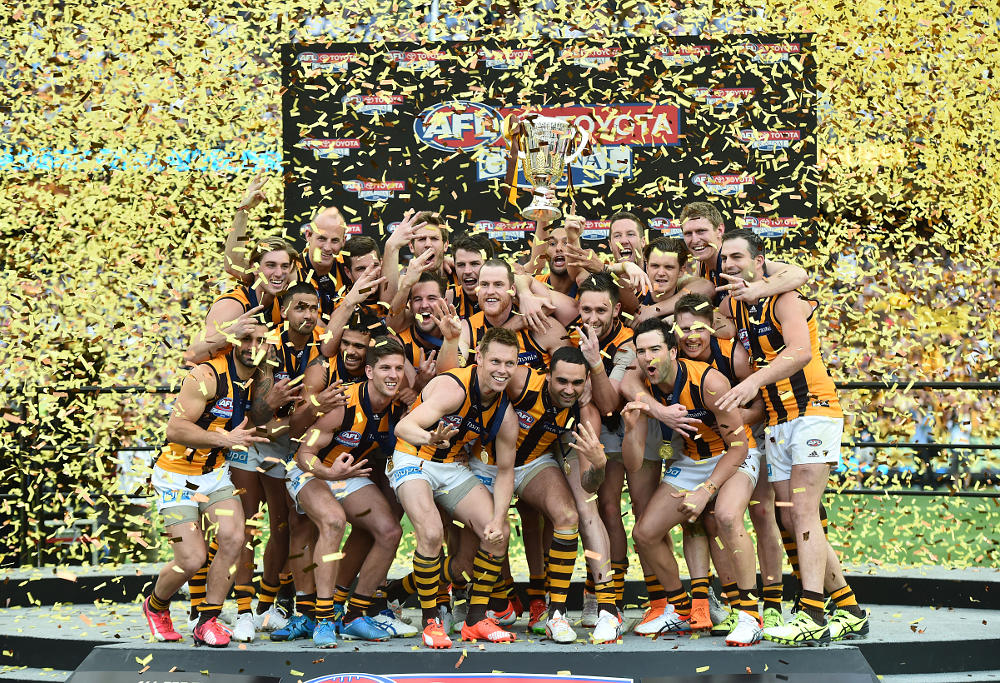 Grand finals
Some look beyond flags as their definition of success – after all, who doesn’t enjoy the week leading up to the big dance with your team as one of two who just might win the cup?

Surely, we need to give credit for those teams who actually make the grand final?

It tells a story, don’t you think? Let’s say you are playing your first grand final in 20 years, well you don’t want to be playing Hawthorn, but Sydney will give you a chance.

Finals
Is there anything worse than watching the other teams prepare for the finals, while your side are dressing up as Avengers on Mad Monday?

The smell of the spring grass being cut, the analysis of the upcoming knock-out series, the doubts over injured players, the waiting on the teams being announced, and – best of all – the pre-match feeling of breathless excitement as you walk through the turnstiles.

Surely, this is the ultimate definition of a successful club: one who can regularly give its supporters the finals feeling?

All pretty clear there – West Coast give its supporters the most finals appearances, followed closely by Geelong and Sydney.

Others who provide better than 50 per cent include Hawthorn, Essendon, North Melbourne and Adelaide.

The lowest return on investment for fans wanting finals in the AFL era? By a significant margin, it is the 2017 premiers.

As for Greater Western Sydney (currently 33.3%) and the Suns (no finals), neither have been around long enough to give them a fair rating, while Fitzroy spent their last seven years in the AFL without playing finals.

Let’s make it after each grand final, as surely the Doggies finished first, not seventh, in 2016.

In many ways it’s easier to look from the bottom and claim that any club averaging ninth or worse really isn’t providing fans with return on investment, although Lions fans may argue they’d put up with the rest of the horror for three delicious flags.

A big group are kind of ranking in the middle – up, down, up, down – and the outliers at the top are the Cats and West Coast, with truly remarkable averages.

Wooden spoon table
Life isn’t all positives. Let’s take a look at the biggest accumulators of the dreaded spoons:

Carlton, the most successful club of the VFL era, have accumulated the most wooden spoons in the AFL era and have a genuine chance of making it five this year.

Summary
The Hawks may have the most cups, but the truth is Geelong and West Coast are the most consistent clubs in the AFL era.

Geelong average a remarkable ladder position of 5.5, have played the most grand finals, and are equal second for finals appearances, after West Coast. The Cats are a remarkably consistent club that seem to continually reinvent themselves, playing finals 67 per cent of the time, having snared three flags – and seem destined for the finals and another flag shot this year.

West Coast are very similar, with an average ladder position of 6.6, the most finals appearances, and six grand finals of their own at a 50 per cent return for three flags.

This is an interstate side who defies the consensus of extra travel equalling less success, who too are back in contention again this year.

Geelong and West Coast are inseparable as the two most consistent clubs in the AFL era. Hawthorn may have the most flags but it is the Cats and Eagles who give their fans the most chances for success.