The more Origin changes, the more it stays the same

Stop me if you’ve heard this one before… State of Origin kicks off tonight with New South Wales rampant favourites, Queensland a camp in crisis.

Queensland have been rocked by last-minute injury dramas and selection queries, while NSW are settled and have had smooth sailing from go to whoah.

Media coverage has all but ignored the team in maroon amidst a blizzard of excitement about the Blues, complaints about where the game is being played, pre-emptive wailing about referees and stupid bets between politicians desperately trying to look sporty.

A cursory scan of the press would have you believe NSW only have to show up to sweep the series 3-0. Obituaries for Queensland have been coming thick and fast, and not all of them from outside the state.

Does all that sound familiar? I’m talking about 2018, but this could apply to pretty much any Origin series during the last 15 years.

It’s all part of the theatre. Look out for the Daily Telegraph’s home state cover art and incredibly biased match coverage. I don’t mind that and there’s no real point getting uppity about it – because the Courier Mail will be doing the same further up the coastline.

One of my favourite things about Origin is the Channel Nine commentary team splitting along state lines, while Ray Warren tries to maintain a veneer of professional impartiality. Some folks complain about this but I’m all for it – it’s all authentic fun in an Australian sporting environment which tends to take itself a bit too seriously.

Although these traditional aspects of an Origin series seem well and truly entrenched, lately there are a few glitches in the matrix, some subtle changes which could grow into something more down the line.

Queensland have had their hand forced a little with the representative retirements of Cooper Cronk, Johnathan Thurston and Cameron Smith, but I’m not alone in thinking that Kevin Walters might have fallen into the old NSW school of selecting players on reputation and past glories rather than form.

He’s in a tough place, is Walters. A lot of the form he wants to see just isn’t there. His forwards have been passable in club games, his backs have been okay without a real standout.

The Maroons are settling for a team that has done the job before, built for a grind with strong defence. That could mean trouble.

Walters is making a mistake leaving out Kalyn Ponga, the most exciting young talent the northerners have seen since Billy Slater burst onto the scene in 2003. How Anthony Milford ends up in the team ahead of Ponga is a mystery to me. The Newcastle gamebreaker could work some magic with Greg Inglis. 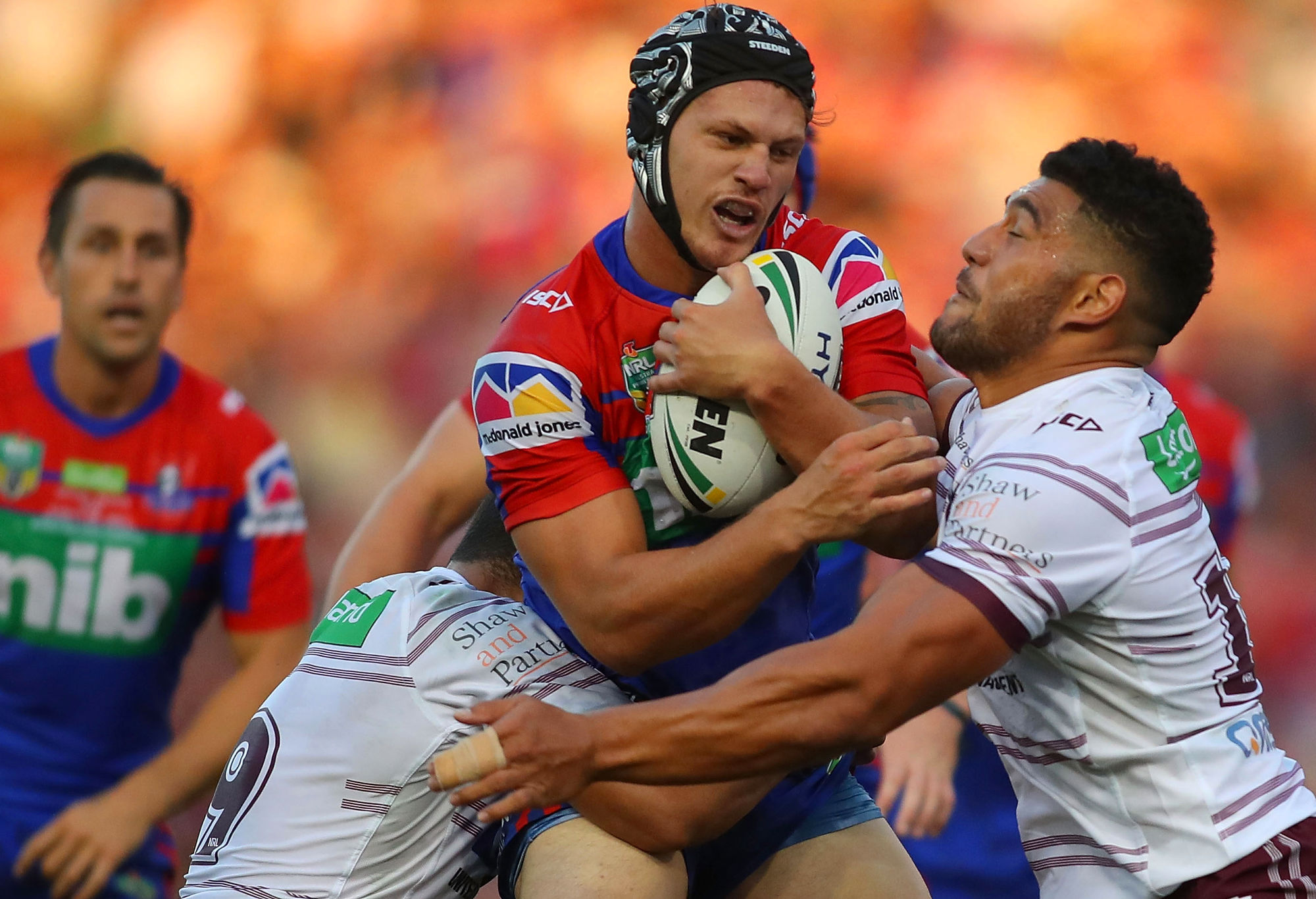 On the other side of the field, there’s been more than enough written and spoken about Brad Fittler’s 11 debutants. He’s been open about his plan to attack with speed behind a monster forward pack that drives forward at will in their club outings.

There are questions about how the team will gel, how combinations will work and so on – I’m not really convinced it’s the issue it’s made out to be.

The only question I have is: can this squad defend stoutly enough to work out a 10-8 win if they have to?

For Origin, 95 per cent of the challenge is being able to drag your body through some serious punishment and still be able to make a play or stick your tackles in the 80th minute. There might be a defensive call to remember here or there, but I’m not sold on the Blues new-look squad being a weakness.

It seems ridiculous to look at a Queensland team which has won 11 of the last 12 series and wonder out loud if they can get things done, but that’s where we are this year.

Fittler putting the broom through the sheds raised some serious questions about how the Maroons goes about their business.

Did they need to think similarly and wipe the slate clean? With Thurston and co. leaving, now’s as good a time as any, right? In the end, Queensland went for their own mix of experience and youth. Whether they’ve got the mix right, time will tell.

I tipped the Blues for Game 1, but it wouldn’t surprise me one bit to see Queensland take the win. They know enough about the Origin caper to manage themselves through 80 minutes of tough work.

While the NSW squad is exciting, there’s a real chance they could blow up after an hour playing at an intensity they’ve never experienced. It’s not a theatre for the faint-hearted.

I’ve said it elsewhere on this website, but the 2018 Origin series is the most intriguing for a long time. All this change has brought with it a real sense of anticipation for a new chapter of the rivalry, something that’s been missing.

We’ll have a massive crowd witnessing an eagerly awaited clash watched by millions of people around the country, glued to every moment. On a Wednesday night. It’s something other sports dream of.

Let’s settle in for a ripper.