It might be a mystery to fans of other sports, but Origin just doesn’t do dead rubbers. Queensland have won 18-12 at Suncorp Stadium to prevent the whitewash and remind the Blues just how close the series actually was.

Queensland pummelled the Blues early on but the men from down south were resolute in defence, like someone hadn’t told them the series was already wrapped up.

Queensland went into the sheds at half time with 70 per cent possession. That’s not rugby league, that’s Barcelona FC. That’s Pep Guardiola. But all they had to show for it was one measly intercept try.

The home side came home strongly in the second half, running through a tired Blues defence. Here are the player ratings for the Queensland Maroons.

Billy Slater (c): 8
Kayln Ponga may sweeten the blow, but the Maroons – and eventually rugby league in general – are going to miss this man.

He was everywhere for the Maroons in attack and defence, chiming in perfectly for Valentine Holmes’ second try. Deserved to wear the captain’s armband for his service across the past decade.

Valentine Holmes: 8.5
Forget the two tries, forget the last ditch defence – Holmes won the game for Queensland with his Odell Beckham Jr grab with four minutes to go. He’s talked about wanting to play fullback for the Maroons, but with marks like that he could play full-forward for the Brisbane Lions.

In fact, right now, probably anyone could.

Dane Gagai: 8
What’s up is down, what’s black is white, and hamburgers eat people. Dane Gagai outran James Roberts in the first half and I don’t know what to believe anymore.

Gagai was excellent for the Maroons, not putting a foot wrong throughout the game and running 193 metres. 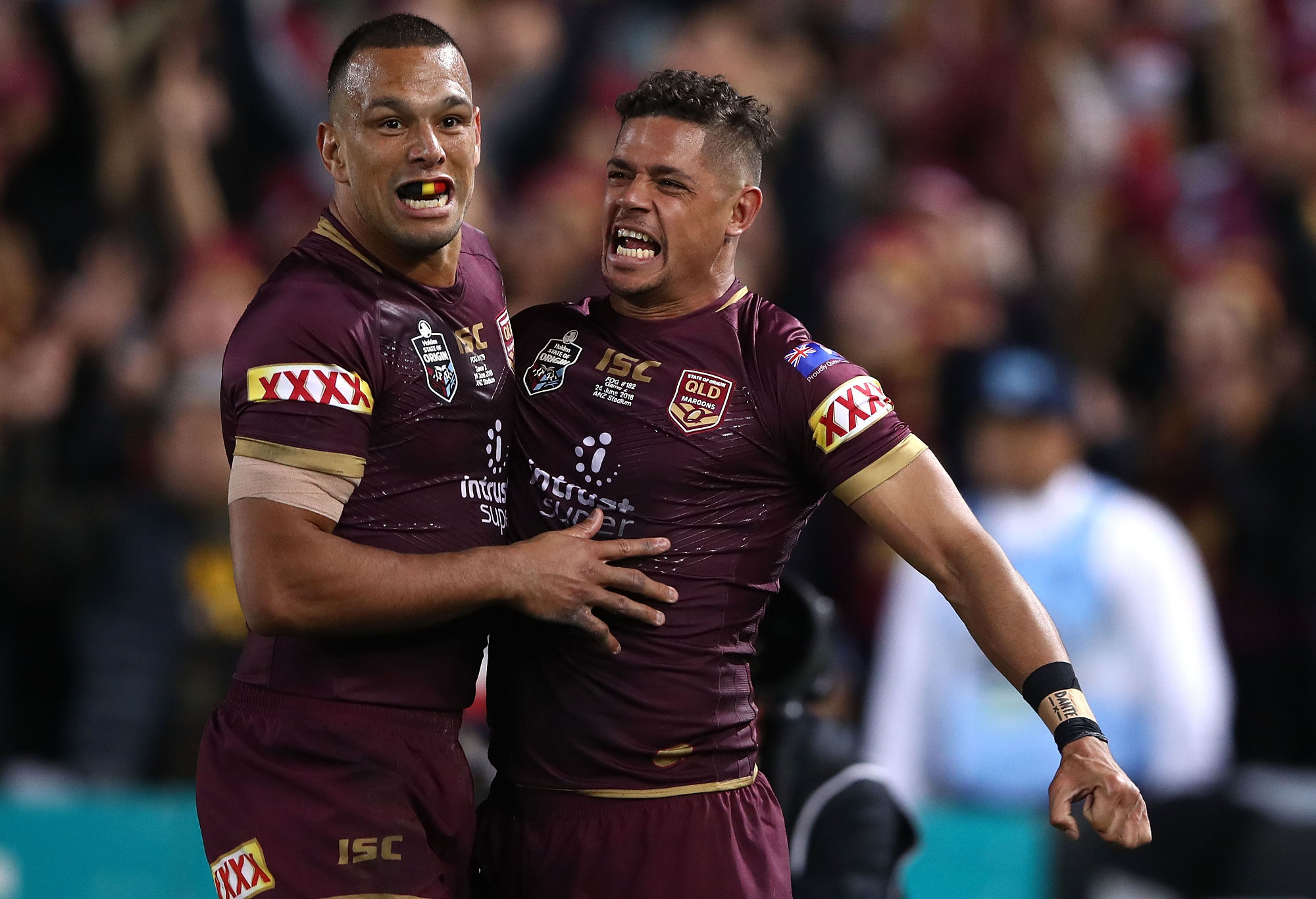 Will Chambers: 6
Chambers had a quiet match and looks the man to miss out next year when Greg Inglis returns.

Corey Oates: 6
Oates was given a great opportunity to make the spot his own but failed to capitalise. Made a few good runs in attack to give the forwards a hand.

Cameron Munster: 7.5
According to Fatty Vautin, Munster’s “a real footballer” – which usually means he reminds you of the bloke at work who kills it at touch footy but has a smoke at halftime.

Fortunately for Munster, he’s a lot better than the bloke at work – although he still looks like he enjoys a durry from time to time. Gets half a point just for the moustache.

Daly Cherry-Evans: 9
We still don’t know who DCE pissed off to get his name black-marked from Origin for the past few years, but on the back of this performance all should be forgiven. Flawless short and long kicking game all night from the Manly man who must be given the No.7 for the foreseeable future. 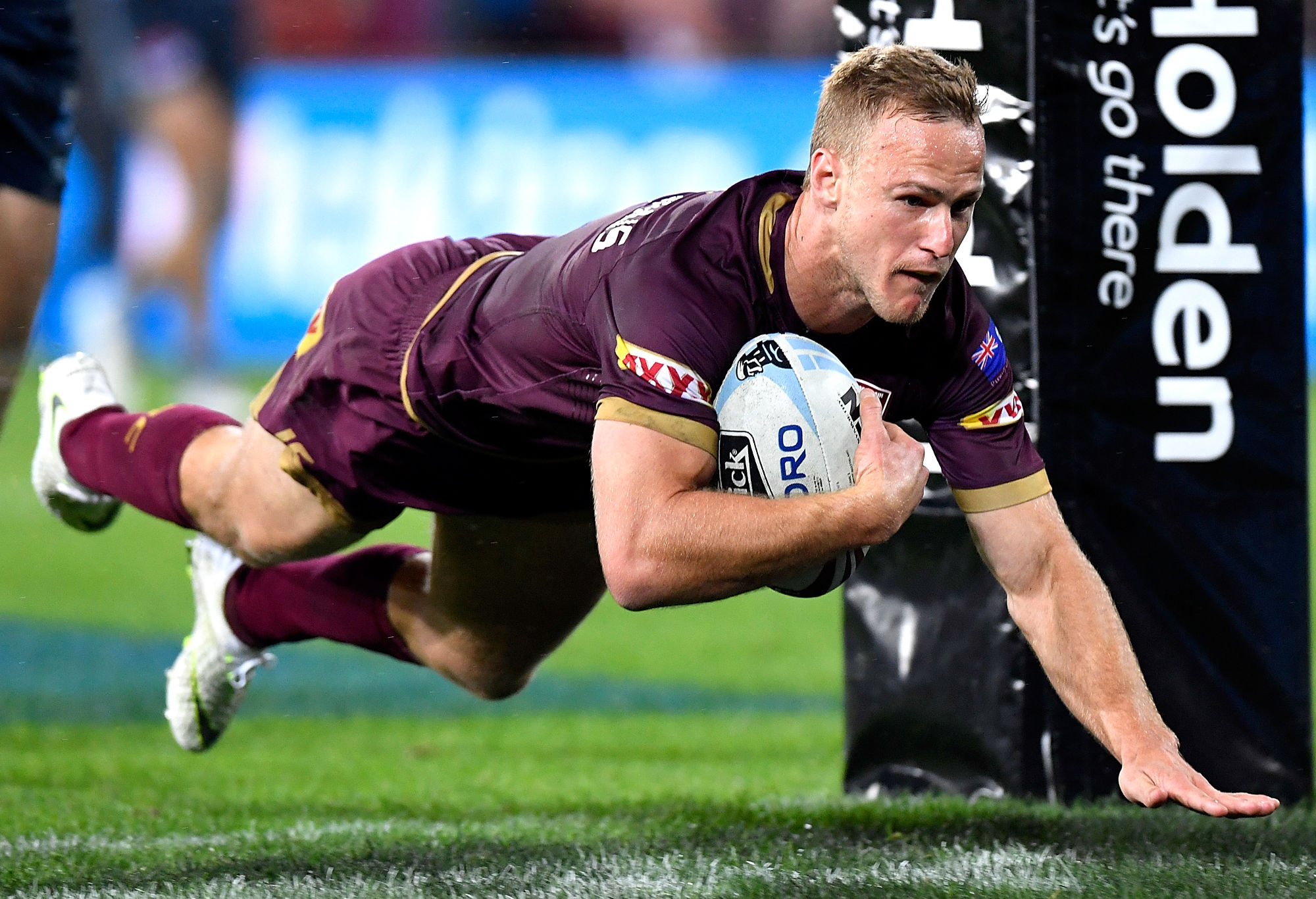 Jai Arrow: 7
Arrow answered some of the criticism levelled at him after the last game with a good opening stanza. Was a bit quiet after that, but still played his best match of the series.

Andrew McCullough: 6
McCullough was dangerous at times but the Maroons really clicked into gear when Ben Hunt went into the hooking role.

Josh Papalii: 7
Only played 26 minutes – the lowest of anyone in Maroon. Still managed to carve it up when he was out there.

Gavin Cooper: 7.5
There’s little doubt he misses club-mate Johnathan Thurston and the short passes that would send him over the line, but there’s still plenty more to Gavin Cooper. Looked dangerous in attack and threw the final ball for Cherry-Evans’ match winner.

Felise Kaufusi: 7
An 80-minute performance from Felise, he is warming into Origin and starting to make the position his own.

Josh McGuire: 7
Got through a load of defensive work to top the Maroons tackle count with 34 and generally just did Josh McGuire things.

Bench
Ben Hunt: 7
Hooker, not half, seems to be his position. Big tackle on Tariq Sims led to a reaction and the Maroons’ second try while the whole side looked more dangerous when Hunt was on – particularly when they didn’t let him grubber.

Jarrod Wallace: 6
Only played 31 minutes but looked solid enough to silence some of the doubters.

Coen Hess: 7
The big man was one of Queensland’s best going forward and looks to be the lynchpin of the next generation of Maroons forwards.

Tim Glasby: 6
Glasby did everything a Bellamy-coached forward should, making tackles and hit ups and generally just looking the part. Overshadowed by the others in the forward pack.

Coach couture: 10
From Kevin Walters rocking the ‘Tony Montana in the mansion at the end of Scarface’ look to Brad Fittler looking like a missing Wiggle in his black skivvy, we’ve probably never had a set of better dressed coaches. 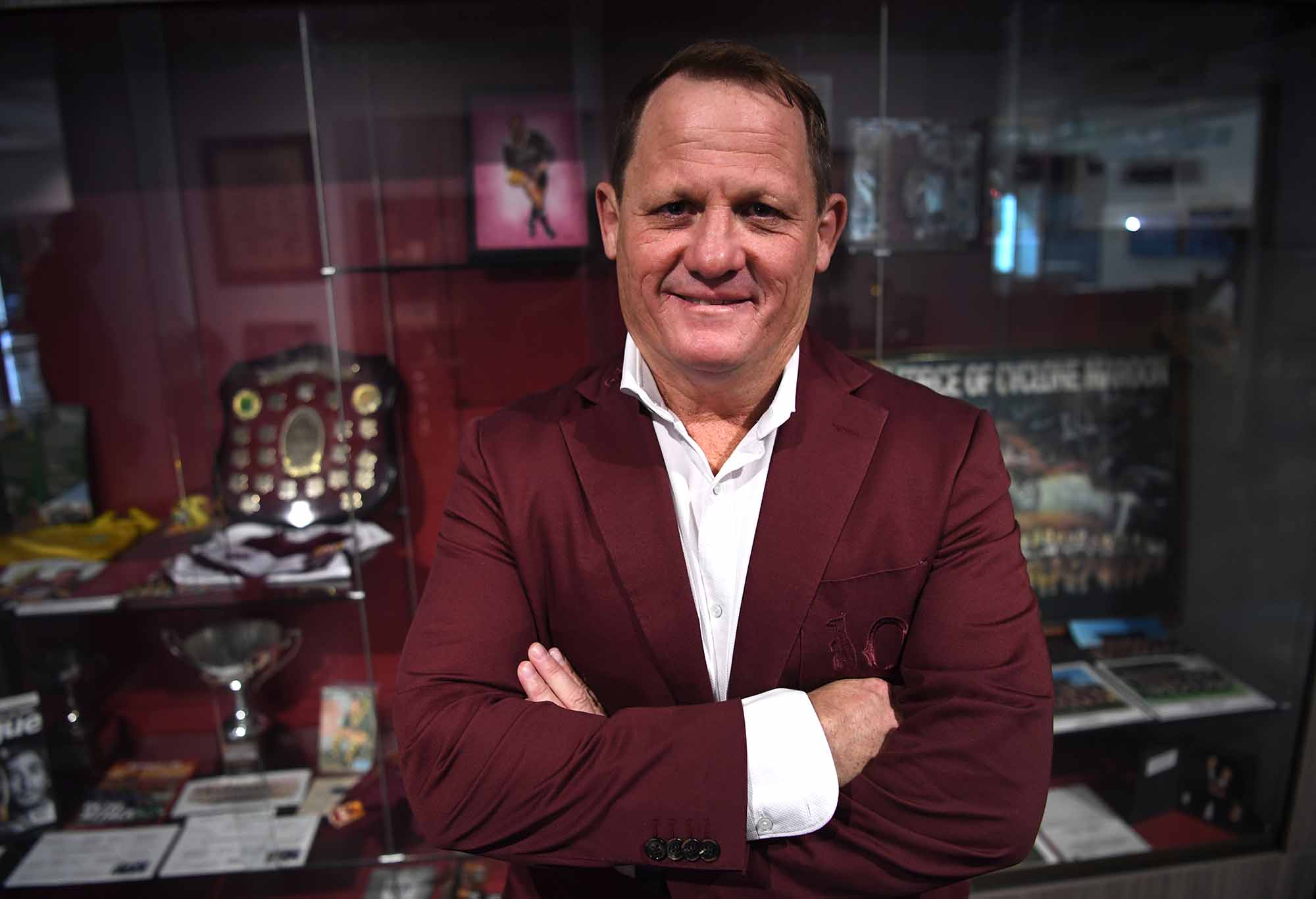