It's a question of identity for the Crows

On Saturday night, the Adelaide Crows watched their season go to dust as the Demons, fuelled by an incredible third quarter midfield display, put to rest some of their demons from last week’s final quarter meltdown against Geelong.

Injuries played a major part. There is no question about it.

Perhaps the well-discussed collective mind camp in January contributed to some tensions and an apparent lack of unity at times. But the story of the season was missed opportunities: Essendon in Round 1, Port Adelaide in Round 8, GWS and Fremantle in Rounds 11 and 12 consecutively, and Melbourne on Saturday night.

All games that were very winnable, but a poor quarter in most cases really hurt their chances.

Perhaps the biggest drop off in production compared to a season ago was in the forward line. What was widely considered the best forward line in the competition last year became often unorganised, one dimensional and ultimately ineffective.

Adelaide last year had three players average over two goals per game, this year Taylor Walker is the only player to have achieved this to date, averaging an even two goals per contest. The loss of Charlie Cameron to the Brisbane Lions didn’t help; his versatility as a high flyer, elite pressure player and score source who could be thrown into the middle to apply pressure or onto the wing to run is irreplaceable. And the absence of a pre-season for Walker due to injury, as well as an interrupted season, prevented him from ever finding his best form.

But where many successful teams, following the blueprint of Richmond, have adopted a small forward line centred around tackle pressure and run, the Crows stayed steadfast in their direction. Adelaide often played four medium-tall sized forwards, and was abysmal in forward pressure and repeat inside 50’s as a result.

The Crows looked much more dangerous when they played Jordan Gallucci, Lachlan Murphy and Eddie Betts in the same team, demoting Darcy Fogarty to the SANFL.

And with Walker, Josh Jenkins, Tom Lynch and Mitch McGovern all in or entering into the prime of their careers, the Crows will have some tough decisions to make. The projected number one pick in the upcoming draft, Jack Lukosius, is a tall, athletic forward with good endurance and foot skills.

Lukosius is capable of playing down back or on the wing, but his preferred position is up forward.

The Crows are reportedly ‘desperate’ to trade up in this year’s draft to acquire the South Australian Lokosius, who is also a Crows fan. But it’s hard to see him fitting into the Crows’ current forward structure.

Even if, as the rumour mill would have you believe, the Crows look to trade McGovern this November to move up in the draft and acquire Lokosius, their forward line would still be extremely tall.

Which is why the Crows should centre much of their focus in the upcoming draft on landing Izak Rankine, another South Australian born Crows fan forecast as a top-five pick. Rankine is a livewire small forward whose body is built for the rigours of AFL already.

Rankine has an x-factor to him that is so rare and valuable in the modern game.

Some commentators express concern over his off-field character, but the guidance of veteran players such as Brodie Smith, Rory Sloane, Walker and especially Eddie Betts would be perfect for Rankine’s transition into the AFL. Both Lukosius and Rankine spent time training with the Crows in the summer and spoke glowingly about their time at West Lakes.

And apparently, the feelings are mutual, as The Herald Sun reported the Crows were willing to use their 2019 and 2020 first round selections to move up in this year’s draft and acquire both Rankine and Lukosius. Adelaide will also likely have three picks in the top 20 this year to work with in what is predicted to be an outstanding draft, particularly in the top 25.

It is also worth noting that, despite the struggles encountered by Adelaide up forward this season, the work at times of their midfield made it almost impossible for their forwards. Long injury layoffs for Matt and Brad Crouch, as well as Riley Knight and Rory Sloane, left a heavy load on players such as Hugh Greenwood and Cam Ellis-Yolmen to compete against the game’s elite inside. 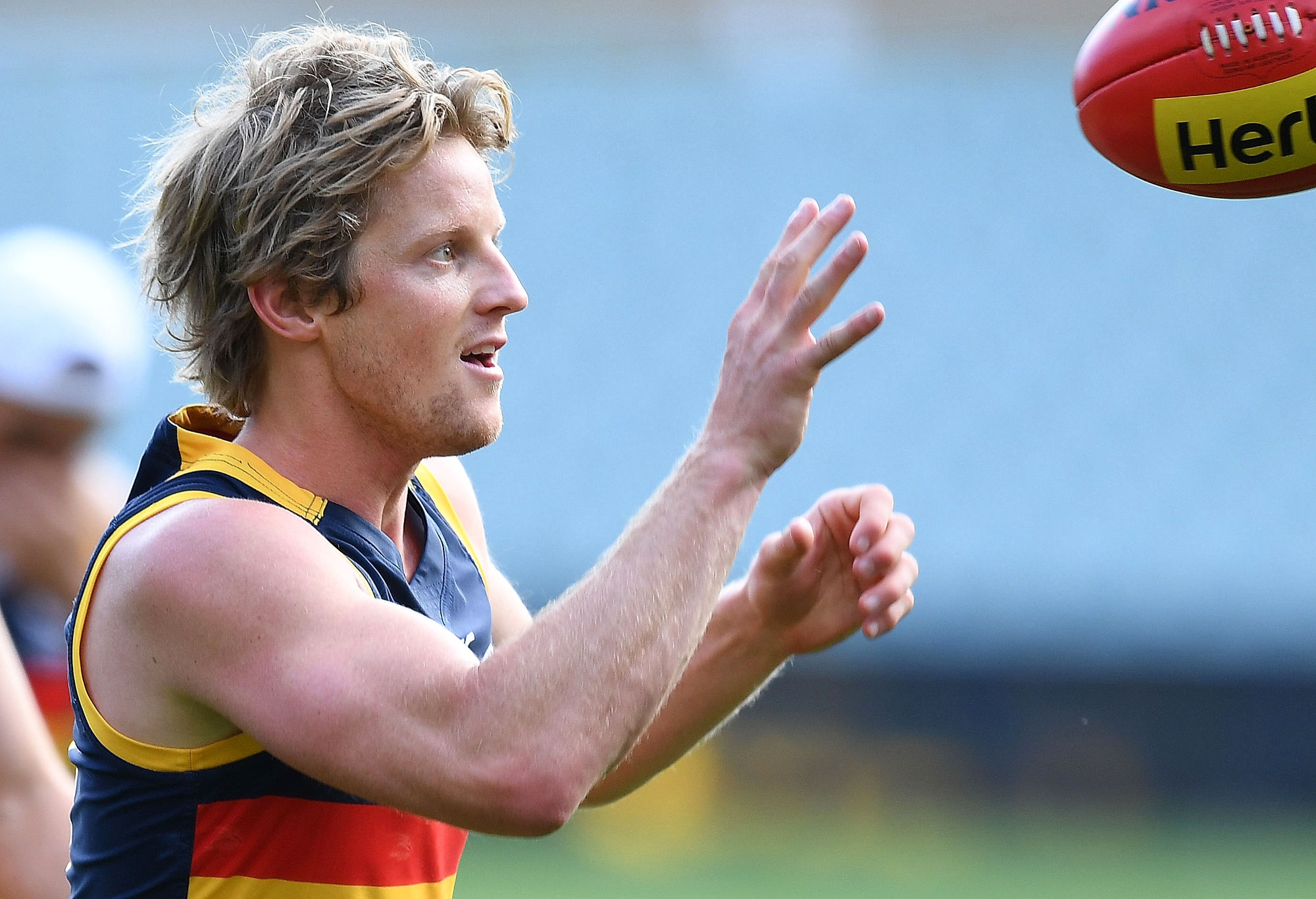 As was the case in the grand final loss to Richmond, when teams get on top of Adelaide in the middle, the Crows really struggle to find an avenue to goal. This was amplified by the absence of the elite ball usage and run of Brodie Smith, whose role in the Crows’ success from scoring off turnovers last year must not be underestimated.

Adelaide’s midfield should be okay moving forward though. The personnel is there if they are healthy. Their defence is also rock solid and possibly saved them from a couple more embarrassing losing margins this season. Tom Doedee has emerged as one of the game’s best young players, while Rory Laird is a lock for his second consecutive All-Australian selection.

The Crows do have plenty of options in the upcoming summer, thanks to the exit of Jake Lever and an improvement in second and third-round picks in the Bryce Gibbs deal. They can bundle picks to move up into the top five or they can opt to choose three quality players in the top 20 with their current picks.

They should also explore a ruck option for when Sam Jacobs is no longer the man for the job, which could come sooner rather than later.

It’s difficult to imagine the Crows building a tall forward line involving Lukosius, Fogarty, Walker, Jenkins, Lynch and potentially McGovern. Rankine fits in much nicer on paper, as a replacement for Eddie Betts when he eventually hangs up the boots.

Alongside Lachlan Murphy, he would give the Crows elite forward pressure and finishing ability, as well as a Charlie Cameron-like aerialist.

The outline of a premiership team is still there; very little has changed from a season ago list wise. But Adelaide must now decide on its direction, and the sort of footy they plan to play in 2019 and beyond.

Do they adjust with the rest of the league’s blueprint for success, or do they follow a similar path that almost brought them premiership glory less than 12 months ago?