With World Series Rugby (WSR) now having completed its first season – in truth, a series of exhibition games for the Western Force – rugby fans in the west are waiting with bated breath for confirmation of the detail around next years’ mooted eight-team competition.

With kick off anticipated for late February/early March, time is running short for all of the necessary logistical, personnel and media requirements to be locked into place.

Since being employed by Andrew Forrest after his retirement from rugby last year, ex-Wallaby Matt Hodgson has done a sterling job pulling together teams and players that will make up the inaugural competition.

But confirmation last week that Western Sydney has been earmarked as one of those locations has created a pressure point that has the potential to raise the level of animosity in Western Australia towards Rugby Australia to another plane.

WSR is doing many things right – chiefly the provision of high standard rugby for Perth rugby followers, and a match-day experience which provides value and enjoyment for fans at all levels. 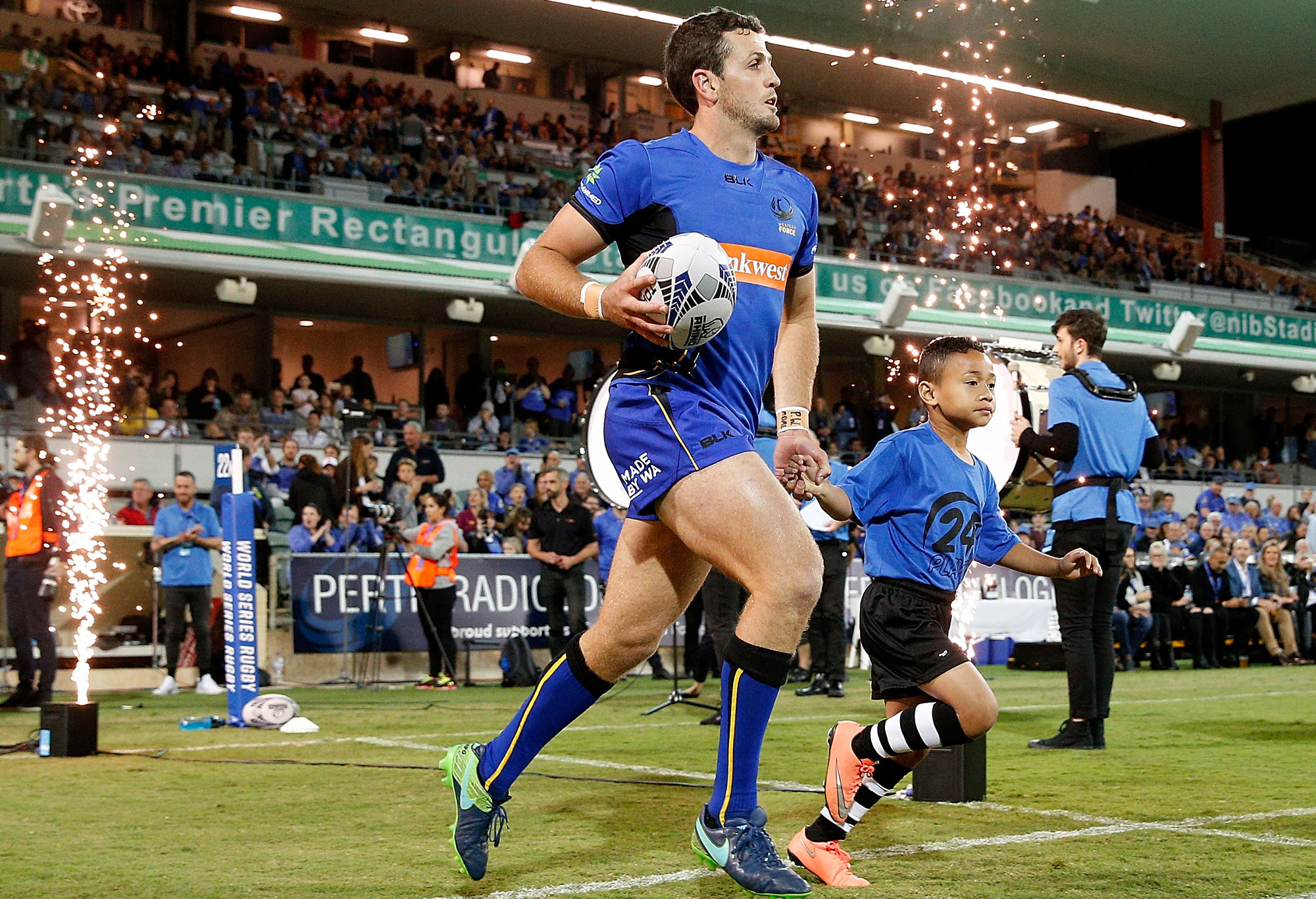 But away from the pure rugby elements, the politics of the long game being played by Forrest are now being revealed.

Via a PR statement made during the Force versus Wild Knights match last Friday night, Forrest laid the groundwork for a public campaign to try to pressure Rugby Australia into sanctioning a Western Sydney based team, potentially made up of a mix of imported Pacific Islands and local players.

In doing so, Forrest is positioning himself as the savior, not only of rugby in WA, but also Western Sydney, and beyond that, Australian and Asian rugby.

“Western Sydney has a big, rugby loving, huge pool of people,” Forrest said, “yet they don’t seem to have had much support there. World Series Rugby really wants to lift that whole population of rugby lovers up and say, hey come and join World Series Rugby.”

With the demise earlier this year of Penrith from Shute Shield rugby ranks, there is ongoing frustration at the inability to establish a strong beachhead in a region that ex-Western Sydney Rams coach John Muggleton, in 2016, described as containing “natural athletic talent”, and “communities where rugby has been in the family for generations.”

The Sydney Rugby Union and NSW Rugby Union have taken a long-term view to rebuilding playing and administrative strength to try to ensure that Penrith, or any other club based in Western Sydney, has the appropriate governance structure, financial wherewithal and administrative, coaching and player depth, before again exposing them to the rigors of Australia’s toughest club competition.

The recent decision by Rugby Australia to revert to two New South Wales teams for the 2018 NRC aligns with this – on the surface a blow for Western Sydney, but without there being sufficient club strength immediately below the Western Sydney Rams, and a need to clarify pathways for all Sydney clubs into the NRC, it represents a necessary adjustment backward to move forward.

All of which provides fertile ground for a cashed-up ‘white knight’ like Forrest to lay claim to, as he explained further.

“Western Sydney, they’re a great bunch of people. They love rugby, they’ve had the same… feel like (they have) been short-changed for management and leadership from Rugby Australia. We’d really like to get in there and grow Western Sydney rugby.”

Inconveniently, the addition of any Australian-based side to WSR must be sanctioned by Rugby Australia. There is any number of reasons why this so, including the need to ensure that the integrity of the sport is maintained, and the necessary expertise and personnel in logistics, event management and match-day officials is made available.

It is not unreasonable that the impact of any such move must be properly considered in the context of what it might mean for rugby elsewhere in the state, and indeed across Australia – players for example, and supporters too, would likely be drawn from existing clubs.

Add in that it would be highly unusual – no, make that suicidal – for any national administration to cede control to a private operation and allow it to cherry pick any aspects of the sport it happened to fancy, and it is almost impossible to imagine Rugby Australia acceding to Forrest’s request. 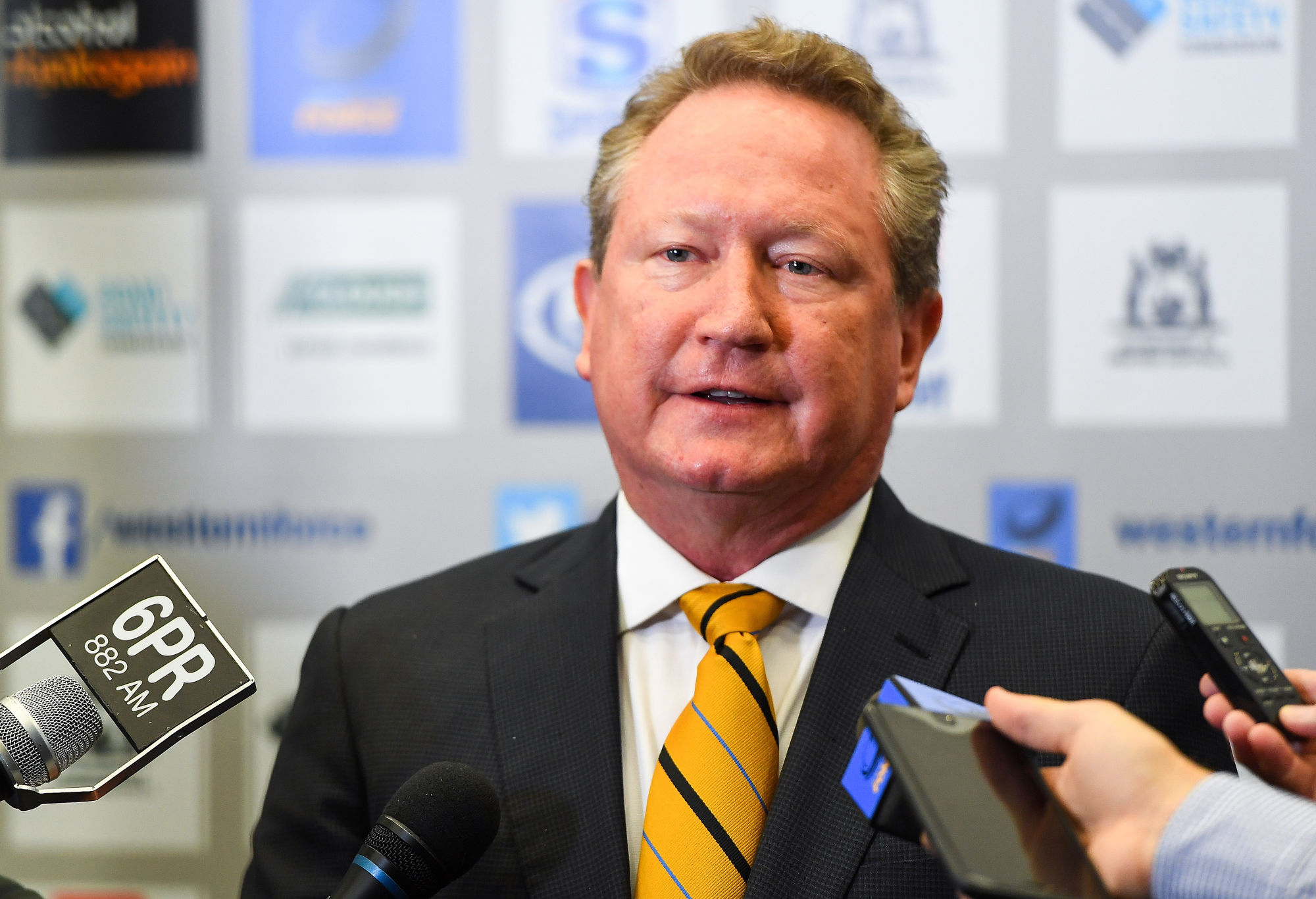 Also of concern to Rugby Australia is the relationship between Forrest and World Rugby vice-chairman Agustin Pichot, with Pichot earlier this year being appointed CEO of Forrest’s Fortescue Metals Group in Argentina.

Any surprise in learning that both jobs are not full-time concerns is small beer compared to the wider political implications. By not coming forward to underwrite the Western Force and keep them in Super Rugby while there was ample opportunity to do this – even to a late stage last year – Forrest effectively chose to enter rugby on his own terms.

Pulling Pichot into his tent is merely Forrest cutting out the middleman. After all, he doesn’t need Rugby Australia to establish his legacy as the man responsible for bringing Asian rugby – the ‘sleeping tiger’ – to life.

If it was just that, it is hard to imagine any rugby body or supporter not wishing Forrest success in that endeavour. This includes Rugby Australia, who is providing WSR with significant support.

But Perth, Hong Kong, Tokyo and Singapore are one thing; trying to wedge Rugby Australia into adding Western Sydney to that list, is a bridge too far.

Never mind the cute twist of making it appear to fans that if it doesn’t happen, an obstructionist Rugby Australia is taking something away from them – even though it was never theirs in the first place.

So it is that Forrest has chosen to go to battle in the public arena – via his carefully crafted comments, and also through a weekly column in The Australian, where he has ex-Wallaby coach and media commentator Alan Jones doing his bidding for him.

The implication is clear – Rugby Australia has neglected the game in Western Sydney. Never mind that Penrith’s inability to remain competitive and stay in the Shute Shield competition is due to a range of factors, most of which have little to do with the national union.

Previous Rugby Australia CEO Bill Pulver was roundly pilloried when he famously told Sydney clubs he would not provide funding for them to “piss it up against a wall”.

What Pulver meant was that, with Sydney club rugby insistent on operating on a semi-professional basis, any funds that clubs would receive would only be used to buy players from other clubs.

At the coal face, Muggleton understands the damage that occurs to weak clubs when strong clubs are given cash to play with; “What we don’t want to do is provide more opportunity for more northern and eastern clubs to poach from our teams, which has been going on for years and years and years,” he told The Roar’s Elisha Pearce.

With respect to Rugby Australia and Penrith, there is also the matter that there are two levels of governance in between – the Sydney Rugby Union and the New South Wales Rugby Union – and it seems apparent that, left to their own devices, the Sydney clubs and their direct administrative body are not capable of saving themselves from themselves.

None of which stops Forrest painting the picture that it is Rugby Australia who is standing in the way of developing grassroots rugby in Western Sydney – as contradictory and nonsensical as that notion is. 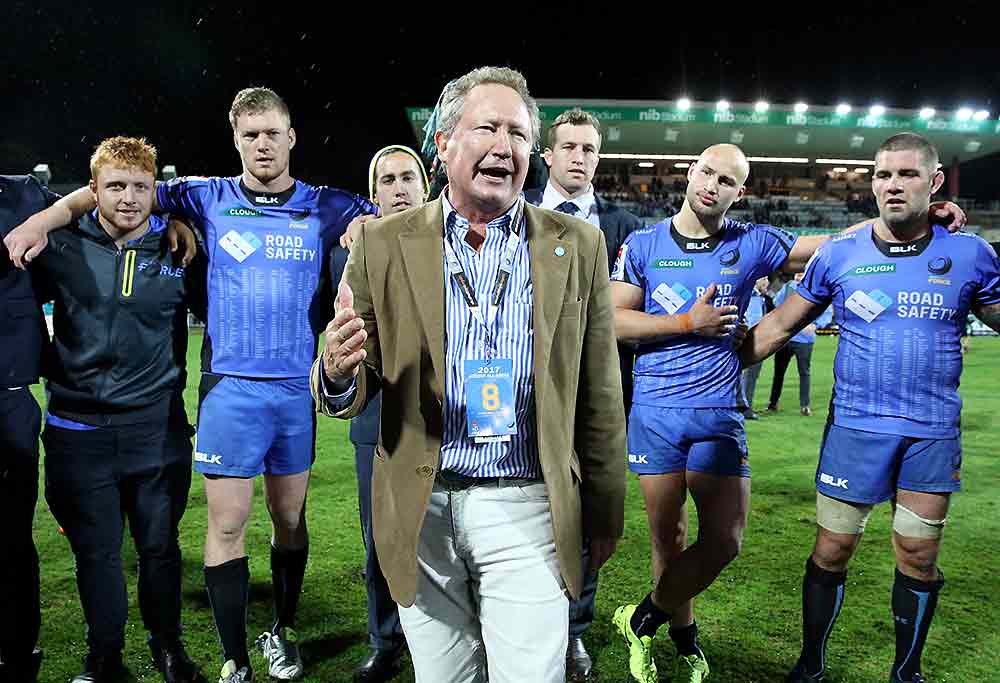 One only has to look at Australia’s recent political history to find parallels.

There is growing disrespect for authority, disregard for mandates and governance structures and increasing intolerance of opposing views from self-interest groups across the spectrum.

Into this environment step populist opportunists like Clive Palmer, Nick Xenophon, Pauline Hanson, Jacqui Lambie and others, who tap into disaffection with the mainstream, and who claim to offer ‘real people’ a fresh alternative.

Part of the common appeal of all of these people is that they present themselves as ‘anti-politicians’, not beholden to anyone and prepared to take on city hall to ‘keep the bastards honest’ and to ‘fix things up once and for all.’

The truth of course, is that they all are as conniving, political and scheming as the next politician.

Populists like these are never faced with the very real complexity of leading a country that must simultaneously recognize the rights and wishes of climate change sceptics, renewable energy zealots and everyone in between.

In a similar vein, Forrest doesn’t need to bother himself with having to compete in a global marketplace to retain Australia’s best rugby players while simultaneously funding an infrastructure that can adequately tend to the game’s grassroots.

It is understandable that West Australian rugby fans feel aggrieved at the Force being cut from Super Rugby, and how there was a lack of transparency around that process.

It is understandable that all Australian rugby fans are frustrated with the inability of the Wallabies and Super Rugby franchises to be more successful against New Zealand. And that their clubs feel stretched and under-resourced.

But watch and listen again when Forrest says, “Western Sydney, they’re a great bunch of people”, and tell me that isn’t Palmer or Xenophon talking.

Andrew Forrest has far deeper pockets and truckloads more charm than all of those politicians combined. But his game is the same. Even if the henhouse is in disarray, it doesn’t mean it’s a good idea to let the fox in to fix it.