From four sides in 2014 to two in 2018. Surely the standard of the remaining two NSW NRC sides will be far higher?

Well, maybe not. Two rounds in and we are cumulatively 0-4. Not just losses, but floggings. Should we be surprised? If you look closely, not at all.

In previous years, each NRC franchise has been independently owned and operated. By no means were these flawlessly run enterprises. I should know, I played for the last four years. I declined to play this year.

2018 saw the Waratahs come to the rescue, with their high-performance unit put in control of both the Sydney Rays and the NSW Country Eagles. In a media release from Waratahs media, general manager Tim Rapp identified that “The decision to move to two teams means that our pathways are more defined and aligned with our overall high-performance goals of creating opportunities for our players and support staff to be involved at a higher level.”

Okay, so the Tahs are in charge and we have fewer teams, we will be better. Let’s pick our NRC sides.

So how do we pick our NRC sides? First, let’s do it logically. We take the 35-40 players contracted with the Waratahs, roughly divide them into the two teams, and add the cream of the Shute Shield. Taking into account Wallabies duties and injuries, you might need to call upon 30-odd club players to fill these squads.

You would keep a close eye on the Shute Shield and look for in-form players, those who are dominating each weekend. Pick the best available. You call upon the second tier of talent.

Now, let’s do it the way that it has been done this year. We take the 35-40 players contracted with the Waratahs, give most of the semi-experienced players to the Eagles and send a few stragglers to the Rays (by no means are the Eagles stacked, mind you). But wait, the Rays have Rory O’Connor, Matt Sandell, Shambeckler Vui, Ryan McCauley, Lachie Swinton, Nick Palmer, JP Sauni and Curtis Rona all from the Tahs system.

That’s half a team of Tahs right? Well, with the exception of Rona, all these players have a handful of Super Rugby caps between them, many plucked from under 20s and signed up before they had played a game against a man. Not exactly household names. But I’ve digressed.

After this, they have filled the squads with an amalgamation of players from 1st Grade, 2nd Grade and even Colts. I know what you’re thinking, how is this possible? In Round 2, we had four regular non-1st Grade players and three colts suiting up for the Rays/Eagles.

Side note, there are several Colts in the squads that were have not been named yet. Extra side note, Randwick, who won six from 18 this season, had five players in the Rays’ 23 and even more in the squad. Excuse that last digression.

Now if you can’t make the 1st Grade side at your club, I am not sure why you are playing representative rugby. Young and promising doesn’t win games. If they were good enough they would be in 1st Grade, regardless of age.

So, should we be surprised with four comprehensive losses? No, not really. Any top four Shute Shield side would have put up a better fight than the Rays did against the Vikings/Brisbane City and the Eagles against the Rising.

The Rays will go winless this season, that much I am almost certain. If they stay healthy, NSW Country will beat the Rays and possibly knock off one or two sides late in the season, but the finals will be void of NSW representation.

So then why aren’t we seeing the best of the Shute Shield in our NRC sides? Well, the answer is complicated, but basically, the second-best players are either not being picked or long gone. Why? 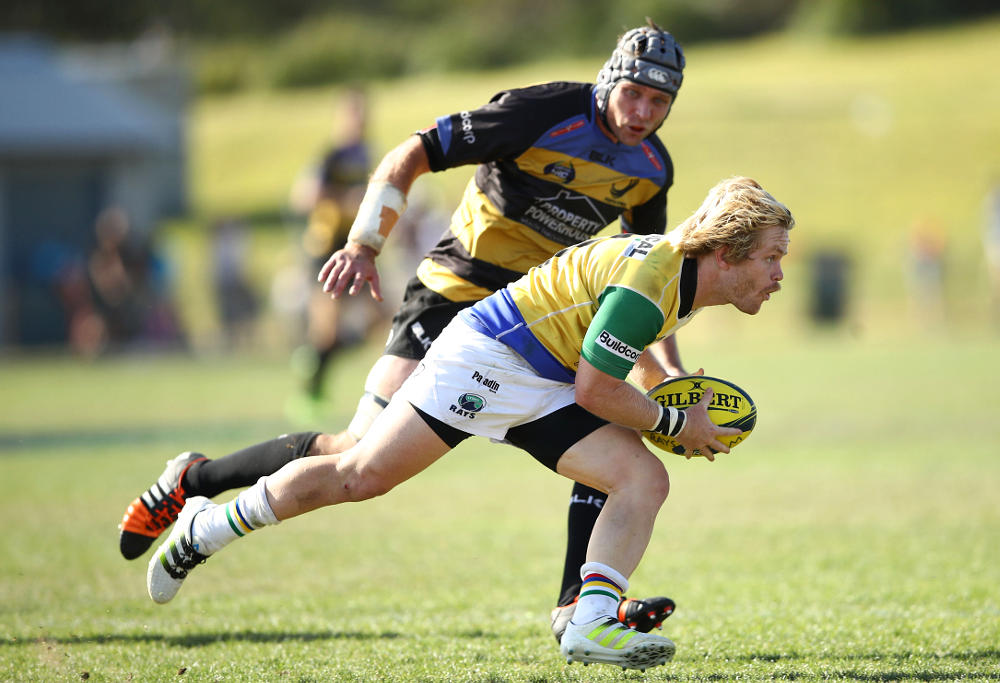 Over the last five years, the NRC hasn’t been a legitimate pathway to the Waratahs. Each year, a vast majority of the contracts are distributed prior to the commencement of the tournament. All the players know it, it’s not a well-kept secret. But to who? Well, the obsession with Australian U20s players and rugby league off cuts has reached a climax.

There is an unquenchable thirst to discover talent from obscurity. It seems as you’re a better chance of scoring a contract from Colts or NSW cup than as a regular dominant 1st Grade player.

The best-case scenario for us Shute Shieldiens is picking up a training contract to hold tackle bags for the pre-season, being fourth in line to the throne behind a young lad who hasn’t run out at 3:00 on a Saturday yet.

Couple this lack of opportunity with embarrassingly low remuneration. I can confirm that last season it was not uncommon for a player to receive $2000 for the entire 10-week period over which the NRC ran. The “contract” could not be legally classified as an employment agreement because technically it worked out to be far below minimum wage.

The NRC has become a sort of inside joke for us non-super contracted senior players who have been a part of it over the last few years. Plenty of training, no money and very little opportunity. A third division European gig looks like heaven in comparison, and players who should be in the NRC are taking these types of options.

There are too many examples to list in this article. The second-best players are leaving. If you think that there isn’t a flow on effect to the Shute Shield you aren’t looking close enough. Despite a growth in popularity, the standard of the Shute Shield has dropped dramatically over the last eight years as secondary talent has moved elsewhere. The second tier are absent.

So, what have we got then? Well, you have superstars then you have 20-year-old talent with no experience and very little in-between. Keep watching the NRC. Watch closely and pay attention.

Listen for “Australian 20s”, listen for “in the Tahs’ set up.” Listen for “star of the Shute Shield”, I doubt you will hear it.

I have certainly thrown some stones, but where are the solutions? It’s pretty simple. Either find some money and create a financial incentive to have the best second-tier players remain available like they do in the ITM or for goodness’ sake Waratahs stop filling the following year’s roster before the NRC even begins.