Surfers Paradise ironman Ali Day will attempt to win a record-breaking sixth Coolangatta Gold title when he competes in the iconic event on the Gold Coast on Sunday.

Day currently jointly holds the record for the most Coolangatta Gold titles along with Northcliffe’s Caine Eckstein.

The gruelling 41.8-kilometre event features ski, run, swim and board legs. It starts and finishes at Coolangatta, passing through the waters and beaches of Broadbeach, Kurrawa, Miami, Burleigh, Currumbin, Tugun and Bilinga along the way.

Day won the race last year in 3 hours, 52 minutes and 15 seconds, four minutes ahead of his nearest rival. Ironically, that was Caine’s brother Shannon Eckstein, who has never won the Coolangatta Gold event despite being a nine-time Nutri Grain ironman champion.

Day has also been in good recent form, winning the inaugural World Ironman Championships in Bali in August.

The original Coolangatta Gold was held back in 1984 as a central scene in a movie of the same name. Manly legend Guy Leech won that event as an 18-year-old and backed it up a year later with a second win.

The women’s event is wide open this year, with defending champion Courtney Hancock not starting. Instead, she’s focusing her training on regaining the Nutri-Grain Ocean 6 Ironwoman Series that’s starting later this month. 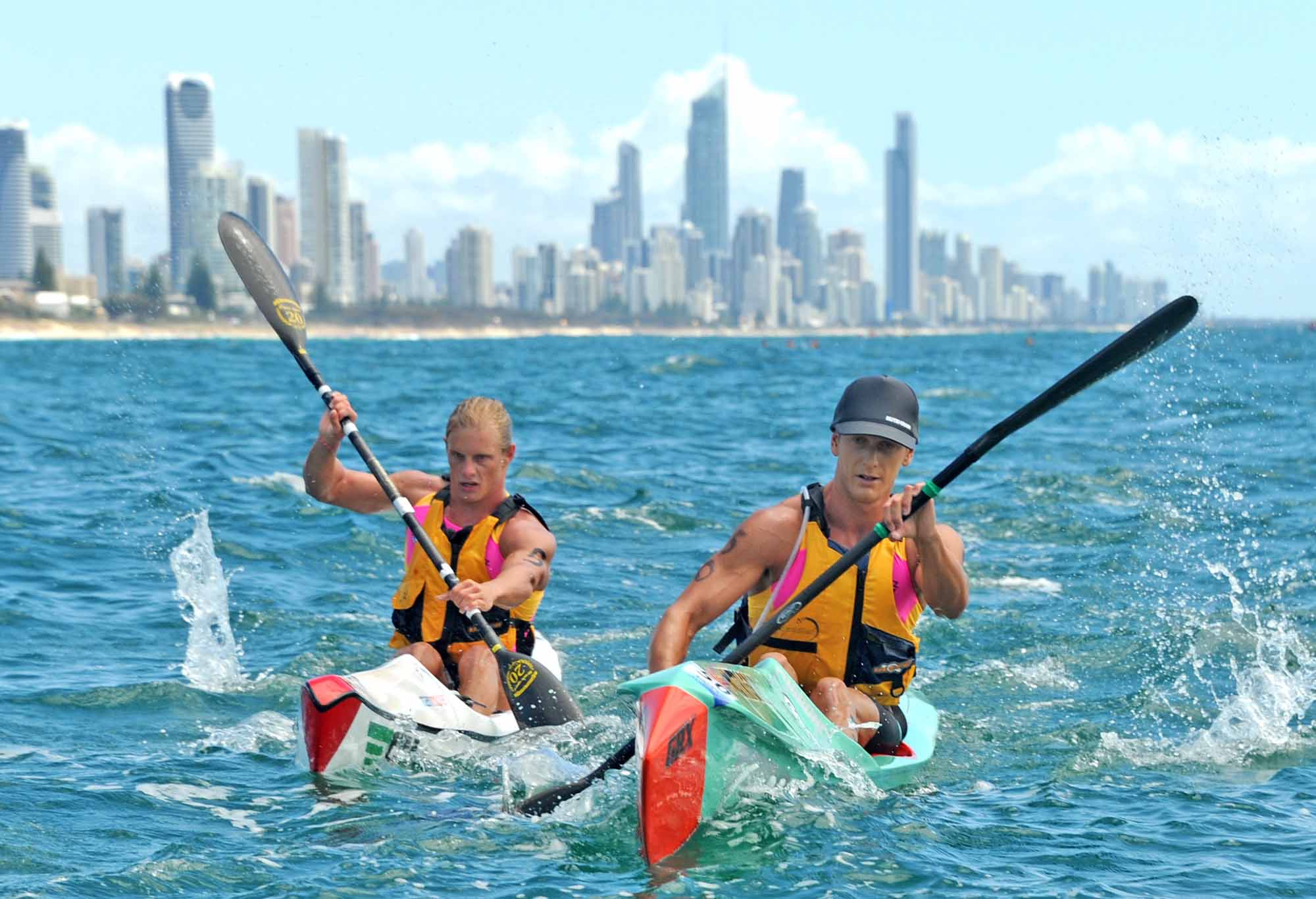 Hancock won the Coolangatta Gold women’s event last year in 4 hours, 24 minutes and 54 seconds. Her absence this year could open the door for Tasmania’s Allie Britton to win her first title. She’s been runner-up to Hancock the past two years, finishing just 26 seconds behind her last year.

If you aren’t on the Gold Coast this Sunday to see this year’s Coolangatta Gold event live, you can watch a stream from 7.15am here.

After this weekend, attention will turn to the Nutri-Grain Ocean 6 Series of ironmen and ironwomen events that will be held between late October and late February at various Queensland and New South Wales beaches.

Ali Day has won the Nutri-Grain Ocean 6 Ironman Series once, back in 2014/15. The defending men’s and women’s champions are Gold Coast-based Tasmanian Matt Bevilacqua and his partner Brielle Cooper.