The Australian Kangaroos accounted for Tonga 34-16 on Saturday night, but the long term winner from the game will undoubtedly be rugby league.

A capacity crowd of over 26,000 people at Mt Smart Stadium, compared to a dismal crowd last weekend for Australia vs New Zealand. A sea of red, more Tongan flags than you could imagine and a carnival atmosphere all contributed to a great event.

Despite the scoreline, Tonga are not that far away from Australia and most of the reasons for this gap can be easily addressed.

Andrew Fifita leading the Sipi Tau was a fantastic way to start the game. After that, the Tongan team was always going to start the game with great passion. However, Tonga’s composure cost them early, with a completion rate of just over 60 per cent in the first half seeing Tonga behind 12-0 inside the first 10 minutes and 30-10 down at half time.

You can’t blame the Tongan team for being a little unprepared, perhaps even overawed, early in this historic match. They hadn’t played as a team since the June Test win over Samoa, and before that, the World Cup last year.

The Kangaroos, on the other hand, were full of more recent big game experience through the Prime Minister’s XIII clash against PNG and the test match last weekend. 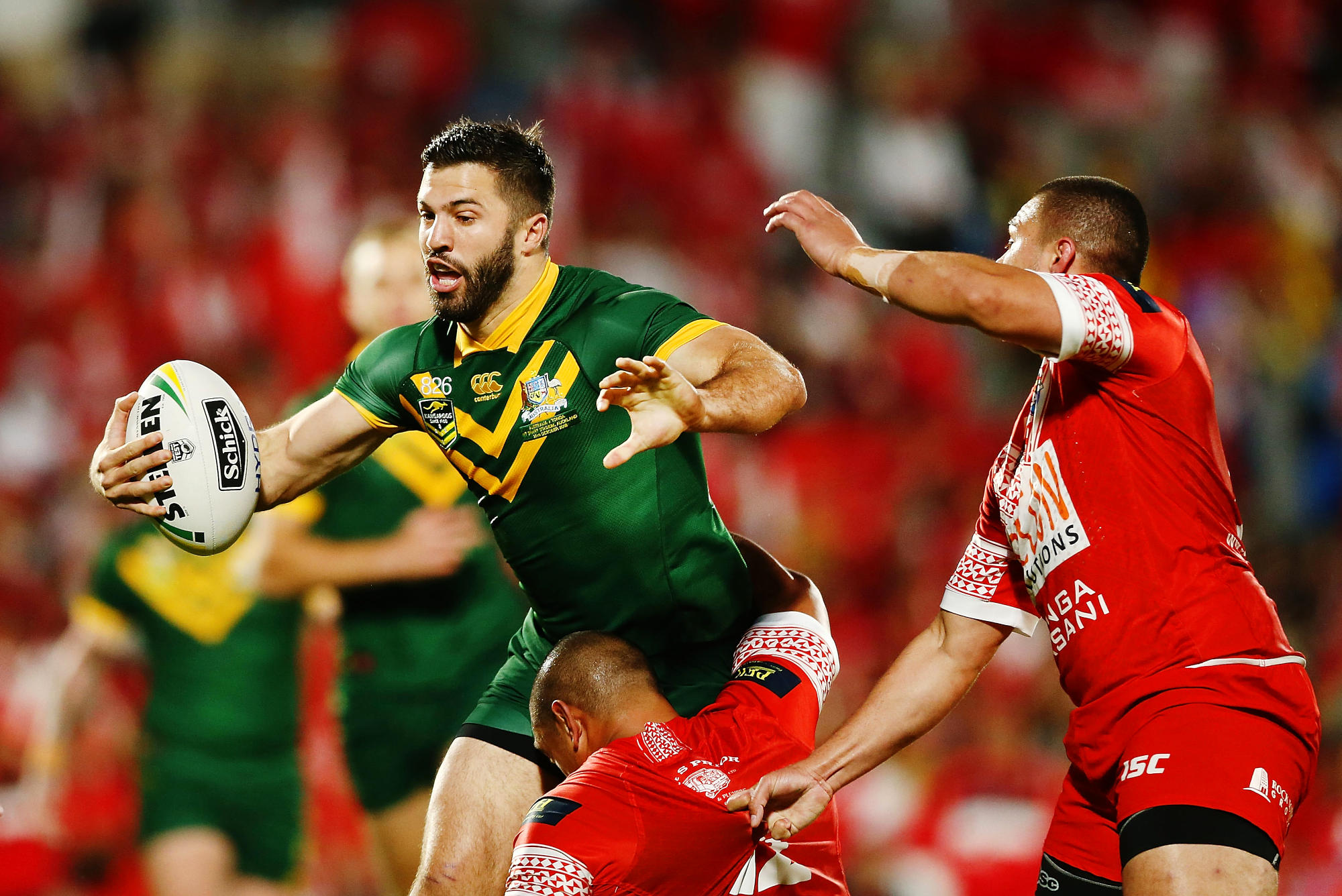 Tongan rugby league has arrived and the big three, Australia, New Zealand and England, need to welcome them inside. A few ideas have been floated around over the past few weeks and I think a regular Pacific tri-series would be a great addition to the representative season.

You would have two tiers, Australia, New Zealand and Tonga in Tier 1 and perhaps Samoa, Fiji and PNG in Tier 2. A promotion/relegation system would be in place each year. With regular matches under their belt, there is no reason to believe that Tonga would just be relegated one year and promoted the next. Whilst Australia would likely start favourites, any one of those three teams could win.

Tonga’s edge defence was also vulnerable last night, with Valentine Holmes and Tom Trbojevic both scoring a couple of tries. Rather than being just a fitness issue through lack of match practice, these defensive issues would also likely be mitigated via more games together and the building of defensive combinations.

If Tonga had a Johnathan Thurston or a Cooper Cronk playing for them, they would be close to unstoppable. Instead, Tuimoala Lolohea and Ata Hingano lead Tonga around the park. The loss of Hingano after 25 minutes made this role even tougher.

The Tongan team forced five drop outs compared to none for Australia, suggesting that their short kicking game is classy enough. However, there were a number of times when the Kangaroos looked short on the edge and the halves didn’t give their backs enough quality options.

You wouldn’t have many occasions in rugby league where a team that lost by three converted tries made 300m more in go forward than the opposition. This happened on Saturday night. It is also Kristian Woolf’s biggest challenge.

The addition of Tonga, as a real competitor to the big three, is the best thing to happen to international rugby league in many years. It is now up to Australia and New Zealand especially to ensure that Tonga’s place on the rugby league calendar is a very regular one.