Twenty20 cricket has only existed since 2005, meaning hundreds of greats have missed the chance to play the shortest and most lucrative format of the game.

What if you could choose a first XI of players who never played Twenty20 cricket, but would be really good at it?

Interestingly the top five economy rates of all time in international Twenty20 cricket at present are held by spin bowlers.

1. Barry Richards (South Africa)
It was a tragedy that Richards only played four Tests, but he managed to average 72.57 against Australia in 1969. Nine times in English county cricket he scored a century before lunch and thrilled with his aggressive stroke play in Kerry Packer’s World Series cricket.

2. Victor Trumper (Australia)
In the ‘Golden Age’ of cricket between 1890 and 1914, Trumper was a revered batsman and a staggeringly quick scorer on uncovered wickets. 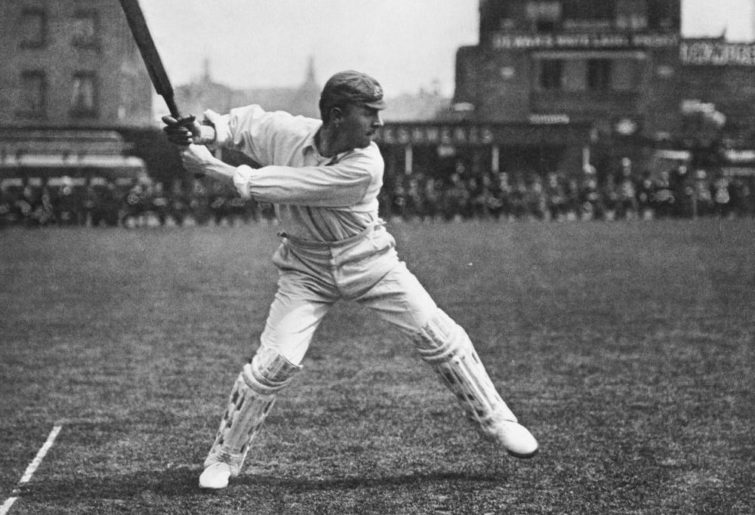 In the fourth Test of the 1902 Ashes series, in arguably his greatest innings, he became the first player to achieve the very rare feat of making a century on the first morning of a Test match, scoring 103 before lunch against England at Old Trafford.

In March Cricket Monthly performed some calculations revealing Trumper averaged about 40 runs per hour and was among the top ten quickest scorers of all time.

3. Sir Donald Bradman (Australia)
Cricket’s greatest batsman wasn’t a prolific six hitter – striking only half a dozen in his 80 Test innings. However he could score extremely quickly, amassing 309 in a day of a Test against England in 1934 and three years earlier clubbing a 22-ball century in a charity match.

4. Sir Vivian Richards (West Indies)
‘The Master Blaster’ averaged 47 with a strike rate of 90 in ODIs. For over two decades he held the world record for the fastest test century, smashing triple figures from only 56 balls against England in 1986.

Richards was feared for his ability to obliterate attacks and was a handy part time bowler.

5. Sir Garfield Sobers (West Indies)
The Cricinfo profile of Sobers states: “A cricketing genius, Garry Sobers excelled at all aspects of the game, and few would argue his claim as the finest allround player in modern cricket.” Sobers averaged 57 in Test cricket and was the first player to ever strike six sixes in a single over of a first class match.

6. Imran Khan (Pakistan)
The opening line of Khan’s Cricinfo profile states: “Suave, erudite and monstrously talented, he gave cricket in the subcontinent real sex appeal in the 1970s and 1980s. As such he and TV completed the popularisation of the game in his country.”

Khan was an aggressive and consistent batsman with a Test average of 37, but he was ever greater with the ball. Pacy and precise with the ability to move the ball in both directions, Khan took 182 ODI wickets, conceding less than four an over. Khan led Pakistan to victory in the 1992 World Cup.

Akram was the first bowler in international cricket to take more than 400 wickets in both Tests and ODI’s. Akram was an explosive, if somewhat inconsistent, batsman. Akram actually holds the world record for most sixes in a single Test innings with 12 against Zimbabwe in 1996.

Richie Benaud (Australia)
Gideon Haigh captured Benaud succinctly when he said, “Benaud as a legspinner was full of baits and traps, and he batted and fielded with verve.” An authoritative leader whose ambitious direction changed the Australian team in the early sixties, Benaud was one of the world’s best all rounders for close to a decade.

Ian Smith (New Zealand)
The averages and scoring rates of wicket keeper batsman have soared in the last two decades, but Ian Smith in addition to being a competent glove man was always a quick scorer, striking at 99 and averaging 17 in his ODI career.

In test cricket his highest score was 173 off 136 balls against India, including 24 off one over from Atul Wassan.

Joel Garner (West Indies)
The lanky and fiery West Indian boasts the best economy rate of all time in ODI cricket, conceding a mere 3.09 runs an over in 98 matches between 1977 and 1987. The combination of extreme pace, accuracy and bounce makes Garner a nightmare to score off in any format.

Derek Underwood (England)
Nicknamed ‘Deadly’ Underwood was quicker than your typical spinner, but with subtle changes of pace he effectively fired darts at times which would be very tricky to score from.