Horn dominated from the opening bell, controlling centre ring and throwing both head and body shots before landing a left hook that put Mundine down for the count.

The end came just 96 seconds into the first round.

Mundine was gracious in defeat, acknowledging that it was a generational change in Australian boxing.

He confirmed his retirement immediately after the fight.

Tonight’s win for Horn improves his record to 19-1-1. His next move will be interesting. It’s unlikely he’ll return back to the welterweight (66kg) division, given how much he’s struggled to get down to that weight in recent years.

The only potential welterweight bout that may be able to tempt him is a lucrative payday rematch with Manny Pacquiao.

Pacquiao is scheduled to fight Adrien Broner in January for the WBA welterweight title in Las Vegas.

Another option for Horn is to start campaigning at super welterweight (69kg). But that division is as stacked with talent as the welterweight division he’s just left, so it will be a hard road back to the top there.

Horn admitted that he felt stronger at the higher 71kg catchweight tonight. The middleweight limit is 72kg, so campaigning there is another possibility.

“He’s just too fast, and he probably punched a little bit harder than I thought he was going to punch as well.” 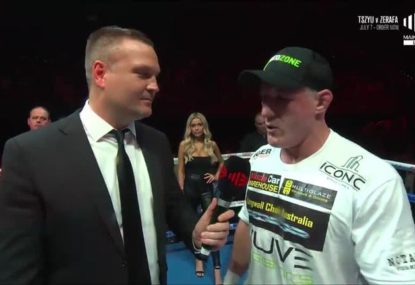 39-year-old Paul Gallen has always looked to fight the best and he had his biggest challenge yet taking on 22-year-old Justis Huni. 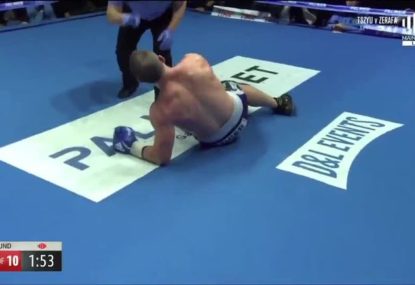 Kiwi fighter punches opponent BEFORE the bout, and then gets smashed

It was all happening in the undercard to the Gallen-Huni fight when two Kiwis entered the ring. 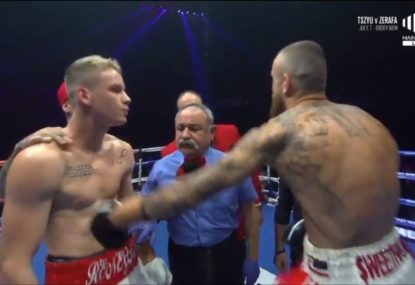 Kiwi fighter punches opponent BEFORE the bout, and then gets smashed

The former NRL star says not enough boxers push themselves far enough in the sport, because they are afraid of losing. 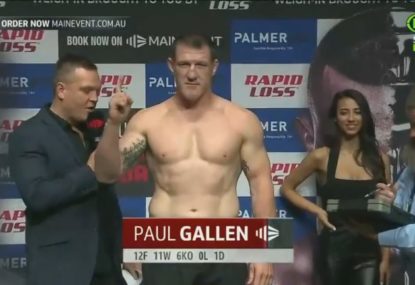