Cooked Cook, McInnes Masterchef: Why Cook’s Origin jersey should be given to crafty Cameron

Hear me out here. I will begin with an admission that in my time watching the NRL (14 years), I have never seen a player come from relative obscurity to become the Origin and Kangaroos star we see today like Damien Cook.

It is truly a bat out of hell effort, a turnaround from fringe first grader to starting Kangaroo hooker in less than 12 months.

So why would I dare challenge this energetic Rabbitoh? Well I think he will suffer from a few key changes going on around him.

Firstly, I think Seibold’s influence can’t be understated here. Cook’s rise tracked along nicely with that of Seibold and his (now ex) Bunnies.

He gave Cook clear structure to his role and guidance. Wayne Bennett is no slouch, but in my time watching the Broncos over the years we haven’t seen such a dynamic ball running hooker make a mark at the Broncos.

You could argue that Tony Milford plays a similar style but in a different position in all fairness, I also would argue that his running game was better at the Raiders anyway.

In short I think Bennett will understandably have some teething issues to begin with and I think Damien’s role will be clouded. 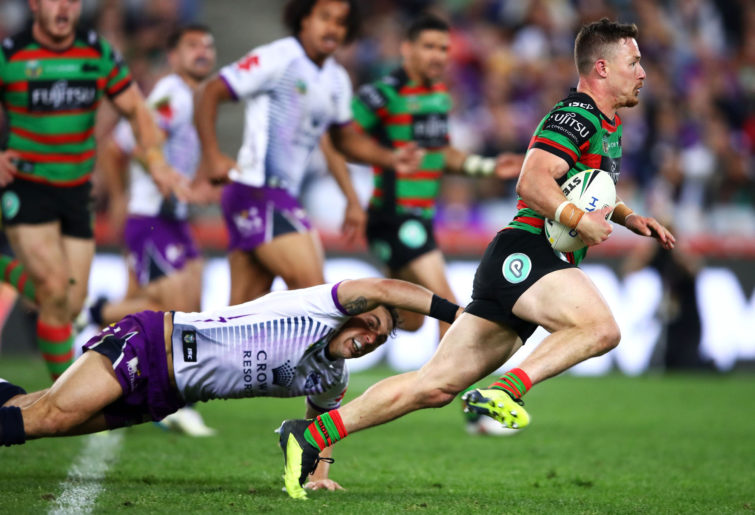 McInnes hit the ground running the beginning of last year. He was laying on tries, missing no tackles, making breaks (no one does that element better than Cook though) and getting his forwards a lovely roll on.

As a Dragons fan this statement has transcended any slight déjà vu, we always dominate the first half of the year and then after Origin we slump.

McInnes was well and truly on the downward escalator of form as Cook was on the ascending. I mention this because people forget that when McInnes is on he has far more in his artillery than just ball running.

My second reason for Cook losing his rep jerseys is the NRL’s focus on the ruck itself. This has a lot to with ruck speeds.

Cook was really flying whilst the refs were heavily penalising slower play the balls and he could run through tired forwards trying to get back to marker.

This heavy handed ruck focus softened, a lot! It was met with a lot of media scrutiny and I for one actually didn’t mind a happy medium of a few more penalties for this.

So his time to dart through the ruck, the way he does better than anyone else, will be shortened.

This plays into McInnes’ favour in my opinion. He setup a number of tries with deft kicks into the in-goal, amazing service from ruck and his defence is excellent.

He is just that slightly bigger body that can handle the slower and crammed environments; he can put on a hit and get enough momentum to get a hand free for an offload.

So I will sum up here. I think McInnes will nab Cook’s jersey. Cook will lose them because his key influencer in Seibold has left, team’s will have begun to work him out in the off season and the ruck speed will slow negating his skills.

McInnes will win them because he has a settled coaching structure, more skills in his arsenal, the slower ruck will favour those skills and lastly I think people forget how good he was for the beginning of last year.