None of the experts want to include the Canterbury Bulldogs in their finals calculations. They are not fancied to do much at all this year.

The Dogs supporters, however, are somewhat more optimistic about the season to follow.

Though they’re not going to win the comp, the excitement among supporters is that we can expect them to compete, to challenge for a finals berth, and to play a brand of football that is both good to watch and rooted in the successful Belmore model.

A well-established pattern in sport is the way that teams begin to take on the personality of their coach. In their first year under Dean Pay, the Dogs’ attack resembled a worse version of the completely outdated and ineffective end of the Des Hasler era.

They never looked like a finals team and supporters experienced an unusual year when it was clear from early on that their Doggies would not be in the finals.

However, dedicated supporters look at the relatively good defensive record – the coach was a renowned defender.

We look at the way the attack started to play with more freedom and less structure at the end of the year and it paid dividends – the coach played in a Canterbury team who had success with a similar style.

We look at the number of games lost by small margins – we were in it, we didn’t give up, we fought until the end – the coach was a renowned winner and always fought tooth and nail.

These are forwards in Pay’s image. Hard nuts who can intimidate, with some skill to spark attacking raids. 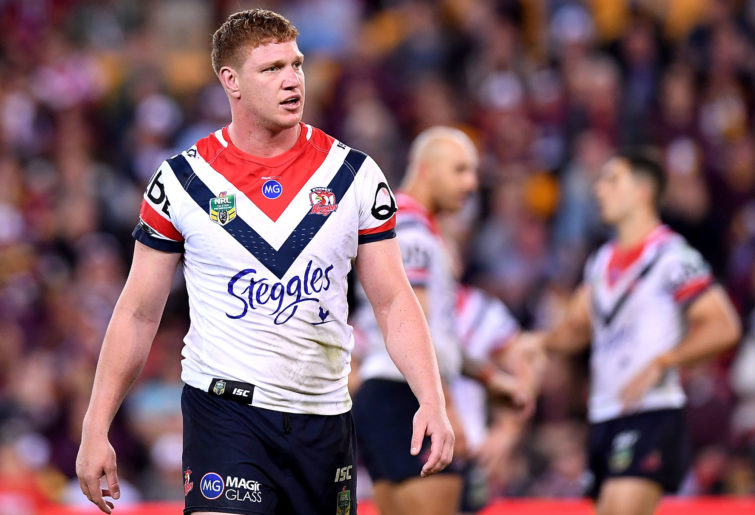 Dylan Napa during his time with the Roosters. (Photo by Bradley Kanaris/Getty Images)

In Josh Jackson, Rhyse Martin, Raymond Faitala-Mariner, and Adam Elliott, there is a diversity of skills that will suit the more expansive game that Pay is sure to employ. The forwards recruited and retained are perhaps the clearest indication of his plans.

Too much has been made of David Klemmer’s departure, and leading the post-contact metres statistics does not win games of football. Fans will tell you they are glad to see him go, that he is over-rated, not the enforcer he is made out to be, doesn’t really sting in defence, and loses his discipline when the game gets willing.

In the backs, Nick Meaney comes with a strong reputation but no real first-grade pedigree as yet, Jack Cogger is a 50-50 bet, and Christian Crichton adds depth.

They join the likes of Reimis Smith, whose memorable finish to 2018 was a highlight in a dim year, and the improving Kerrod Holland.

We don’t know what to expect from youngsters like Morgan Harper and Jayden Okunbor, but there was plenty to like from them in the ISP team’s all-conquering run last year.

In Pay’s most successful year playing at the Dogs, the 1995 premiership, the backline included solid first-graders. No more, no less.

Some of the other signs we saw from Pay in 2018 have had no impact at all yet, but rusted-on followers liked them a lot.

We expected the ‘Dogs of War’, and most of the time we got nondescript Maltese Terriers, occasionally a nuisance but offering neither threat nor presence. Woods and Tolman are emblematic of this, they don’t suit what Pay wants to build.

Old friend and foe Willie Mason made his most salient comment when he said that Tolman’s high tackle-count every week shows more negatives than positives about his style, with this volume of tackles being made possible largely because no one is scared to run at him. In contrast, Napa and Sue will have a few opponents looking up as they are about to catch the Steeden, as will young Ofahiki Ogden.

Why are we reading in to this with hope? Look no further than the 1995 semi-final against Brisbane. The Broncos were expected to wallop Canterbury in their brief incarnation as the ‘Sydney Bulldogs’. Glenn Lazarus was the top front rower in the game, a colossus with four premierships under his belt in the last six years. Brisbane had broken through to win two competitions on the back of bringing him up from Canberra.

Pay took it upon himself to target Lazarus and a few minutes into the game, smashed him so hard in the ribs that Lazarus took no further part in the game.

The Dogs went on to win, and then kept winning until they lifted the last ever Winfield Cup. That’s how Pay played. We like the look of the forwards he doesn’t want at the club as much as the ones he does.

You say what about the halves, how can you ignore the Kieran Foran issue?

Foran comes into 2019 with no pressure; supporters expect nothing from him after last year. He looked broken down, and too devoted to the Hasler style to spark any attacking threat.

Should he produce anything memorable in any game, it will be a bonus for us, as we have no real expectation of this. Of course, if he does, we will champion his return to form in the loudest voice.

At his peak, over at Brookvale, Foran typified the Pay style of play. Maybe he too will play in the image of the coach this year and surprise us.

Pay is a favourite son, make no mistake. What we loved about him as a player is the same character he is now trying to impose on the team. This is exciting for us Dogs men and women, intense and focused and demanding as we are.

Now to win some football games.