It’s time to let go of the 'honourable loss'

There are a lot of terms in AFL land that are overused or incorrectly used by just about everyone in the sport.

I am sure you’re all thinking “yes, mainly by the media” – but I think we can all be guilty of it from time to time.

After one standout performance, a player becomes a ‘gun’; a string of five and they are the next ‘superstar’ of the game.

A club is in ‘strife’ after one bad game, ‘crisis’ after ten. Don’t even get me started on “Why *insert club name here* can win the premiership”.

But the one phrase that baffles me the most is the ‘honourable loss’.

What I struggle with most is that I actually don’t know what a honourable loss is. Every person has his or her own definition of the term that when it is thrown around, we all perceive one performance differently.

Let’s start with what we do agree on.

There is such a thing as honourable losses. I took it to twitter and this is what you said:

Hello AFL twitter-verse, I need your help with my new column. Do you believe in honourable losses? (Feel free to add any comments/justifications below too)

But what we can’t agree on is what it actually means.

I can’t agree or disagree with any of the 170 people who voted because each interpretation would be different.

The general understanding of a honourable loss is a side that plays its absolute best but still can’t walk away with the four points.

Fair assessment, but in a competition where it’s about winning games… what is honourable about losing?

Rather than slapping the term across every second encouraging performance from a bottom four side, we need to expand our vocabulary and start labelling things as we see them (this could be applied to a lot of overused words in the AFL dictionary).

Do I think a side can play an absolutely sensational game but not walk away with the four points? Absolutely. That right there is what creates some of the greatest matches in the history of the game.

And there are teams who struggle for a long time so signs of improvement in the form of a great contest and narrow loss can be encouraging.

While I think it’s something that can give supporters hope, I don’t think they should be satisfied or settle for that as a benchmark for what their team can achieve.

Once that becomes the mentality, supporters stop striving for greatness and settling for mediocrity. Honourable losses don’t equal victories. It’s as simple as that.

The 2016 preliminary final between GWS and the Dogs is the ultimate example of where the interpretation of the term can go wrong.

Now, I know that context is everything and had this game been played during the home and away season, it could be viewed differently… but it wasn’y. So here we are.

It was one of the best games ever played – the Dogs go on to the grand final and the Giants don’t. Both teams played to the best of their ability and while the praise is high, the loser walks away empty handed. 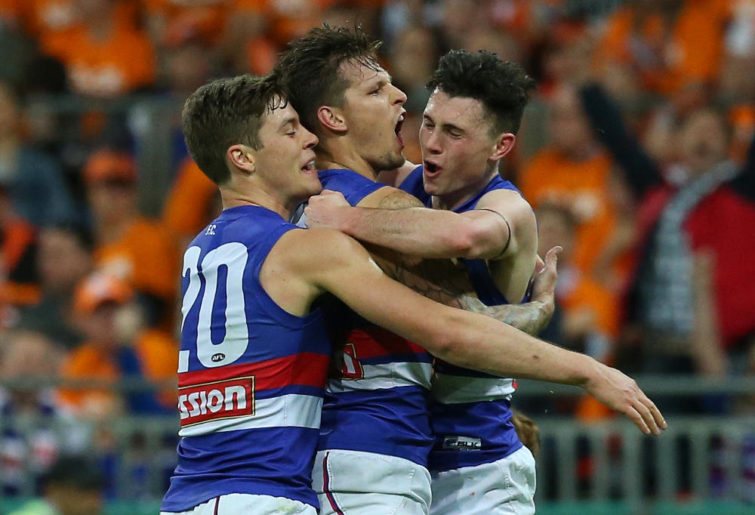 The 2014 preliminary final between Hawthorn and Port Adelaide is a similar story. There’s no consolation prize for either of the losing sides.

As I mentioned earlier, it’s not to say supporters shouldn’t be proud of their side for a superb performance but if a side wins five games for the year and chalks up three honourable losses they don’t magically win eight games for the year. They’ve won five and unlucky to miss a few others.

I do believe there are exceptions to the rule – I just don’t think they come very often.

Essendon in 2016 is the one that sticks out in my mind.

We could sit here all day and discuss the politics of the drug saga but that doesn’t change the season that was.

Supporters turned up week-in-week-out and while the results weren’t always there, the effort and heart was. At times a defeated Bombers outfit would walk from the ground to a standing ovation by adoring fans.

At times they gave great performances that made fans so proud they left the ground elated, feeling like winners. That’s honourable.

Of course, the team went on to win three games that season and despite finishing 18th, were equal points with Brisbane and 0.6 per cent away from 17th spot on the ladder.

But that year wasn’t about winning, it couldn’t have been. It was about pride and showing supporters they’d do whatever it takes to give them hope on field for the future.

That’s what made more than three of their performances honourable and why it is the exception to the rule.

The other exception to the rule is honourable performances in a losing side… It’s not quite the same but I think that’s what we should focus on.

There are so many extremely talented players across all 18 sides of the competition that we are lucky to watch week in and week out.

Yes, footy is a team sport but having one or two shining lights in a team that is failing to fire can give supporters something to smile about.

Gary Ablett and Patrick Cripps are the two players that stand out in my mind (over the last 3-5 years or so anyway).

Gary Ablett, while he was at the Suns of course, won a Brownlow in 2013 when the Suns finished 14th. And they have spent their entirety floating between 12th and 18th on the ladder.

Yes, he has returned to Geelong to be with his family (and understandably so) but while he was up north he gave the Gold Coast his all. He gave Suns supporters joy in what has otherwise been a pretty ordinary existence.

Cripps is another genuine star of the game and while not quite on Ablett’s level, will leave a legacy on both the game and Carlton FC for decades after him.

The newly appointed co-captain has already won two best-and-fairests, is an All Australian and is widely praised amongst the league’s supporters, media and clubs alike.

He has, without a doubt, rid Carlton supporters of some blues during the last (incredibly disappointing) four or so years.

There are individuals who can shine in a losing side; there are even sides who can put in one hell of a performance and walk away empty-handed but let’s label those things for what they are and not substitute them for an ‘honourable loss’.

A strong club culture is built on winning and striving for success and not settling for whatever result you can get.

Always stick by your club and be proud when they put in a stellar performance – but stick to celebrating a win when it’s your club’s song starts playing post game.