Why Geelong, Sydney and Hawthorn will miss the finals

1. Richmond – 19 wins, 3 losses (132.3%)
The Tigers had a misstep failing to make the 2018 grand final against eventual premiers West Coast, losing to Collingwood in one of the biggest shocks of the 2018 finals series. 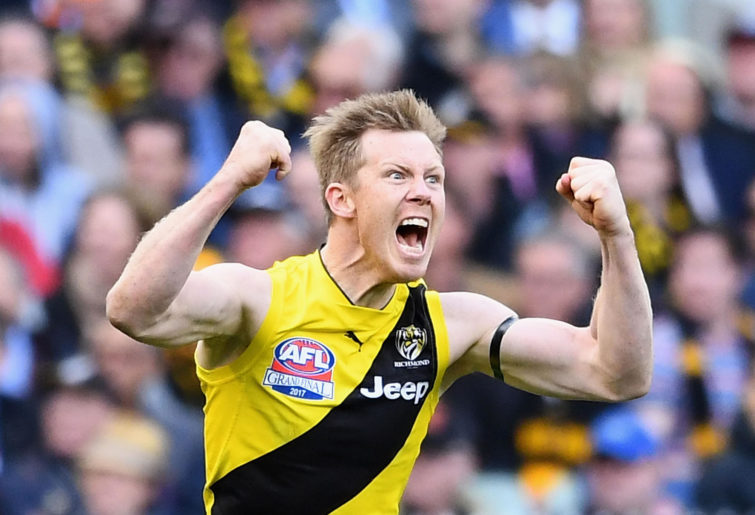 Richmond will struggle early, but beyond Round 7 will be hard to beat with the likes of Tom Lynch firing in his first season, and a potent forward line of Josh Caddy, Jack Riewoldt and Jack Higgins.

2. Melbourne – 18 wins, 4 losses (132.9%)
Melbourne will have a defining season and will be one of the hot favourites with a favourable draw heading their way towards the latter part of the season. Melbourne will hold top spot over the weeks during the middle of the year.

However, they’ll fall away, lose a few games against Collingwood and Richmond, and finish second. Watch out for Clayton Oliver who is a heavy favourite to take home the Brownlow.

Adelaide will join Collingwood as the two undefeated sides after Round 9, and will remain undefeated in season 2019 until Round 11 when they will be beaten heavily again by the Demons in Alice Springs.

Watch out for Eddie Betts and Josh Jenkins to have a good season up forward, the midfield will gel without ‘Tex’ Walker as captain and Sloane will lead the charge heading towards September.

Collingwood will then crumble to teams like Melbourne, Richmond and West Coast in the latter part of the season.

The Pies look the goods with a strong showing in the JLT Series, and can definitely create headaches in September.

5. West Coast – 17 wins, 5 losses (120.6%)
Nothing split Collingwood and West Coast. The Eagles will be flying over the course of the season and the return of Nic Naitanui from a second ACL injury will see the Fijian look stronger and more dominant than he has ever been. 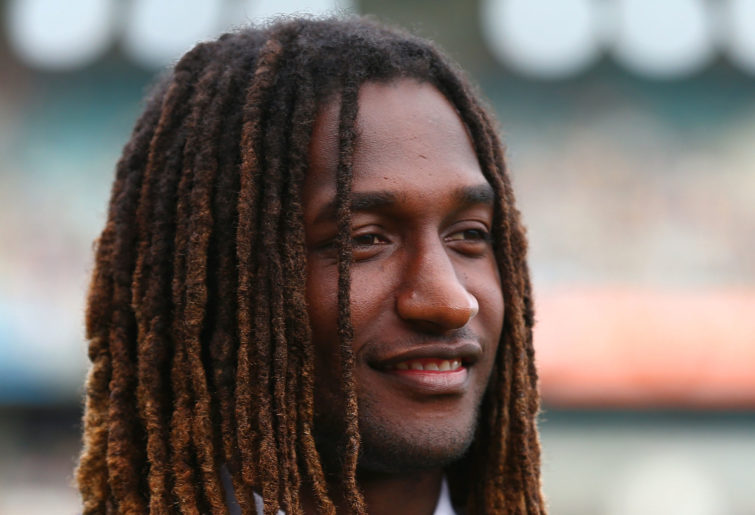 West Coast will just finish outside the four, but only by percentage – even if they beat the Crows comfortably, who finish higher and will be in the top echelon regarding team form.

6. GWS – 13 wins, 9 losses (111.8%)
GWS will fortunately have a more consistent season than their one in 2018, but won’t be anywhere near the top and will be the team that stays steady in the top eight from the start of the season right until Round 23.

Josh Kelly and Stephen Coniglio will go toe-to-toe on Brownlow Medal night, stealing votes off each other as they will make up the spine of the Giants midfield, Jacob Hopper will show why he was part of the GWS academy with a career-defining season.

7. Essendon – 13 wins, 9 losses (106.3%)
The Bombers will play finals in 2019 with the acquisition of Dylan Shiel, who will fit well into the Bombers best 22 and perhaps be their No.1 midfielder at the end of the season.

Jake Stringer looks more comfortable in the red and black, and will fire up forward for the Bombers, returning to the form which he had back at the Bulldogs during the 2016 season.

8. Brisbane – 11 wins, 11 losses (103.6%)
Brisbane will be playing September football, and even though they’ll fall to Richmond in Round 23, they will have a high enough percentage to edge out the teams finishing ninth, tenth and 11th.

Chris Fagan has turned this Brisbane side around with smart trading and smart drafting and will be everybody’s biggest shockers of 2018.

The Lions will pull off some upset wins, and turn the Gabba yet again into a fortress, which will make it difficult for the away teams. 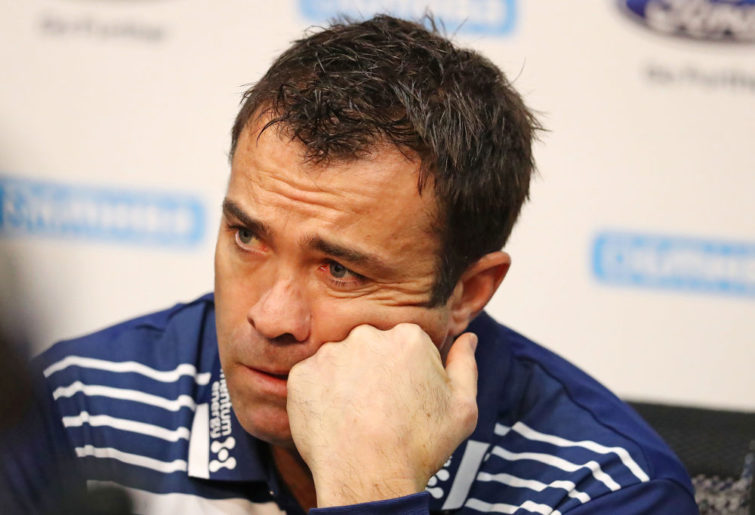 Even with a good win against Carlton in Round 23 at GMHBA, Chris Scott’s men miss out on the finals on percentage.

‘Buddy’ Franklin is the one to look out for as the key to Sydney’s forward line. They’ll need to rely on the likes of Ben Ronke, Will Hayward and Sam Reid when Franklin doesn’t play crucial games.

Sydney also don’t have the best draw early on in the season, but similar to 2017, will make their move up the ladder. However they will fail just on percentage this time around, marking ten years since they last missed finals.

Then form and a lack of urgency will see them drop down the ladder, and lose crucial games middle of the season.

Jaeger O’Meara is destined to finally have a first fully fit season in Hawks colours, and can play all 22 games if injury-free.

12. Port Adelaide – 9 wins, 13 losses (99.0%)
Port will have another inconsistent season, and it’ll see the Power fall out of the discussion of finishing in the top eight.

Port will terminate the contract of Ken Hinkley at season’s end. Michael Voss and John Barker will be considered for the senior role as coach of the Power, leading the boys from Alberton next season.

North will lose plenty of close ones where they’ll be competitive, but still lacking that midfield urgency after Andrew Gaff decided to stay west and decline the offer North put on the table for him. 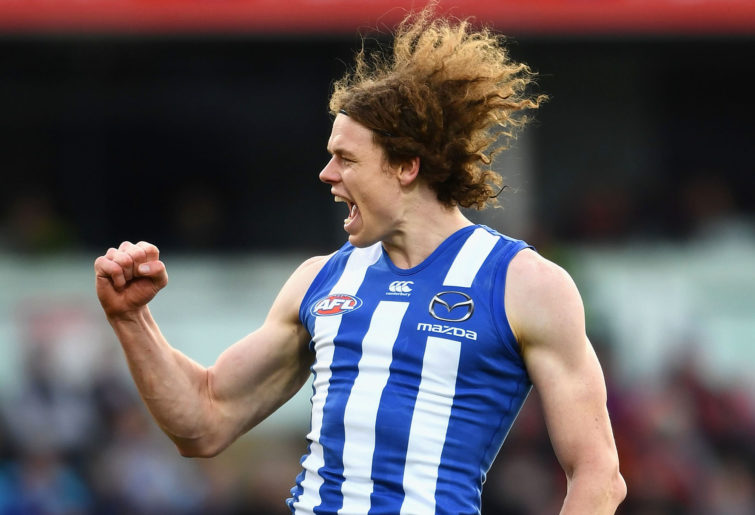 Ben Brown will be a danger for defenders as he and Jack Riewoldt will be vying for the Coleman Medal, Aaron Hall and Jared Polec having great first seasons for North, and Jack Ziebell leading the midfield.

14. Carlton – 8 wins, 14 losses (87.2%)
The Blues will be improvers and 2019 will see the rebuild start to shape up as Charlie Curnow, Patrick Cripps, Zac Fisher and Jacob Weitering have better seasons.

Mitch McGovern will settle nicely into the forward line alongside his partner-in-crime Harry McKay.

Blues should begin to press for finals in 2020, and scare a few teams over the course of the year.

15. Fremantle – 5 wins, 17 losses (82.1%)
Fremantle will have a challenging year as they begin what seems to be a rebuild of the side, which is a far cry from the squad they had challenging for the flag in 2013.

Rory Lobb will begin to fit into the squad as their new No.1 ruckman replacing Aaron Sandilands, their forwards will again improve with Matt Taberner tipped to have a career-defining season, Griffin Logue will become sharper down back for the Dockers and Jesse Hogan will be one to look out for after being stood down due to alcohol-related issues before Round 1.

However, the Bulldogs did play a boring brand of football last year which saw them win just eight games and finish 13th.

The Bulldogs had an atrocious away record of three wins and eight losses, and will struggle against the improvers of Carlton, Brisbane and Essendon alongside a tough draw at the beginning of the season.

Expect Marcus Bontempelli and the leadership of Easton Wood help the young Dogs improve in all areas of the field, and definitely push to a eight-to-ten win season in 2020. New recruit Sam Lloyd will fit perfectly into the forward line for the Dogs. 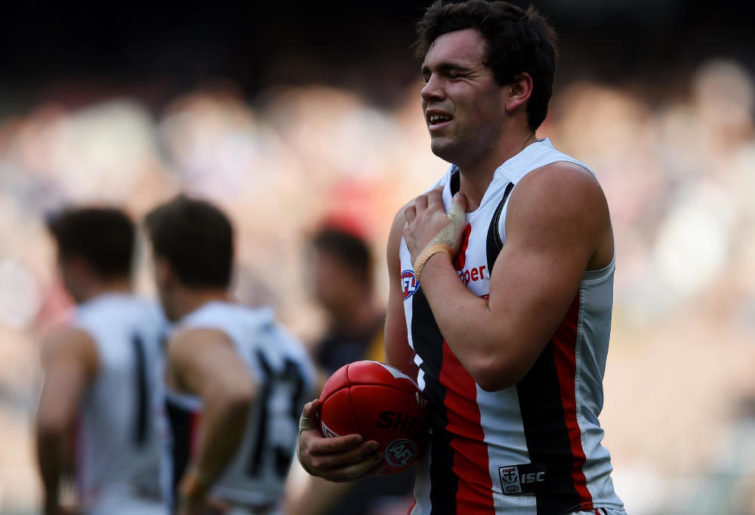 Paddy McCartin and Dylan Roberton are two big losses, Jake Carlisle is out of form, and let’s hope Jack Stevens can get back out on the field – he will be your saving grace.

Dan Hannebery coming over to the Saints won’t pay off, and a lingering hamstring issue will see him miss half the season with the nagging injury that plagued him in Sydney.

Alan Richardson will be given his marching orders in the middle part of the season, and Brett Ratten will become caretaker coach before becoming the boss full-time.

Their solitary win will come in Round 2 against Fremantle at Metricon, and unfortunately that’s where it ends for the Suns.

The new recruits of George Horlin-Smith and Anthony Miles plus new draftees Izak Rankine and Jack Lukosius will be the telling signs of where the future could be for the Suns in season 2019.

Expect Dew to again go to the draft and the AFL to give the Suns another compensation pick to help fast-track their rebuild.

With the 18 teams decided on where they’ll finish in season 2019, here are the other quick picks.