The last time an England match was broadcast live on free-to-air television in the UK was the World Cup third-place play-off against Belgium last July.

That came at the end of the most successful World Cup for the Three Lions since 1990, as they reached the semi-finals. England topped their group in last autumn’s Nations League, which Spain and Croatia were in, securing their place in this June’s semi-finals in Portugal, where they will play the Netherlands.

England are on the up. Since Gareth Southgate took over from Sam Allerdyce in 2016, England have risen up the rankings from 13th to their current ranking of fifth.

That’s all in the past, though. It’s time to look forward. This match against the Czech Republic on Saturday morning (AEDT) was England’s first in the qualifying stages for next year’s European Championships, for which Wembley will host both semi-finals and the finals. England are playing in Group A alongside the Czech Republic, Montenegro, Bulgaria and Kosovo and are the favourites to top the group.

Before this match the last time England lost a qualifier for either the World Cup or the Euros was against Ukraine in 2009, 39 games ago. The statistics were definitely in England’s favour.

Last weekend the FA was criticised for not holding a minute’s silence in memory of those affected by the Christchurch terrorist attack before Premier League matches despite a minute’s silence taking place before every Six Nations match. Earlier this week they announced that there would be a moment of remembrance before the match against the Czech Republic, but I’m afraid that it was too little too late. After the Paris terrorist attacks in 2015 the entire crowd sung La Marseillaise, so their reaction to events in Christchurch is far from adequate.

England’s first real chance came in the 15th minute when Harry Kane managed to get a pass to Raheem Sterling, who had a chance to score but was run into by Pavel Kaderabek and the ball went away from him. Then it was the Czechs’ turn to have a go at goal as Vladimir Darida found a space and had a shot only for it to go over the crossbar.

England took their time to get going, but boy was the first goal sweet! Kane made a pass to Jaydon Sancho, who was making his competitive debut for England, before making an excellent cross to Sterling, who stretched his legs to find the back of the net.

England’s second goal came from a penalty, which was awarded after Sterling made a run for the ball only to be obstructed by Kaderabek, who was awarded a yellow card, and Tomas Kalas. Kane took the penalty and scored as the ball deflected off the keeper’s glove into the goal. England took a 2-0 lead into half-time. 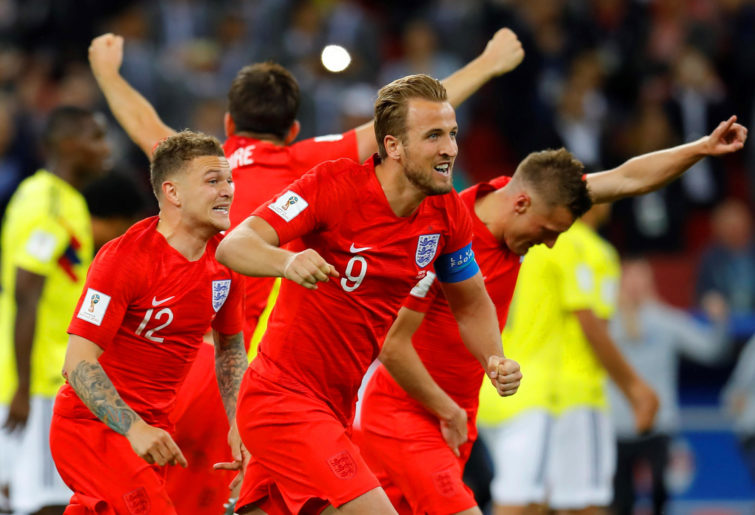 England were on shaky ground at the start of the second half, giving the Czech Republic too many chances. A Czech free-kick in the 51st minute was flicked on by Tomas Soucek and wasn’t covered by Jordan Pickford. Fortunately for him the ball went wide of the post. David Pavelka managed to get two more shots on target in the next two minutes, but both were saved by Pickford.

The final half-hour of the match was when England came into their own. Walker ran the ball down the pitch in the 62nd minute, finding Sterling, who curled the ball into the goal after it had ricocheted off two Czech defenders.

Six minutes later it was Ross Berkley who was able to find Sterling, who scored off a deflection from Ondrej Celustka for his hat-trick.

Calum Hudson-Odoi, on his debut, had a shot at goal, which was saved by the goalie only for Kalas to score an own goal. England finished off the night with five goals at Wembley for the first time since 2014.

I was impressed by Engalnd’s young debutants this evening, especially Jaydon Sancho, who made the assist to Raheem Sterling’s first goal. As for Sterling, he was deservedly awarded man of the match.

England head to Montenegro on Monday night (Tuesday morning AEDT), where they will hope to build on this victory.