Why disability sport should be celebrated

Sports have been a part of my life for as long as I can remember. Picking up any ball at any age has always given me something to do and a world of enjoyment, whether it was Friday afternoons at school or Saturday mornings growing up. I can’t imagine this being taken away.

A friend of mine from primary school, Alex, was recently in a horrific, unexpected and irregular accident that resulted in him going straight into surgery. Doctors said he would never walk, breathe on his own or consume solid foods again. He was a quadriplegic.

Alex was an incredible athlete. Growing up around him, it was evident that he would go on to do special things, particularly in rugby. All of these dreams and aspirations being taken away was heartbreaking, and that it happened on the rugby field was agonising. It is hard to imagine your dreams being taken away from you doing what you love and what you see yourself making a career of, but there is still a way in which he can achieve his sporting dreams.

Disability sport is incredible as it allows those who are not fully able to participate in traditional physical activity. It has changed the lives of many, allowing them to live their dreams despite their differences. My question to all reading this is: If everyone loves to see the triumphant stories of people with disabilities fighting against the odds to get back to where they were, why aren’t disability sports the most celebrated and followed stories in the world?

This could be the basis of disability sport rising in popularity as every single person participating has been either born with a disability or involved in a traumatic experience resulting in the loss of ability. These people are fighting against the odds day in and day out in order to do what they love, which is the most inspiring thing of all.

Ryley Batt, one of the stars of the Australian wheelchair rugby team the Steelers, is one of the best in the world, yet do you know his name? At the age of 15 Batt competed in his first Paralympic Games in Athens in 2004, making him the youngest ever to do so in wheelchair rugby. He was born without legs and had to have surgery to separate what is known as syndactyly or ‘webbed fingers’, which is a condition where two fingers are almost combined together by a duck-like webbing, preventing them from separating from one another.

To me this story is incredible and one of the most tragic and triumphant stories in all sport, but why doesn’t the average Australian know of it? I reached out to the chairman of Disability Sports Australia, John Croll, to ask why disability sports aren’t as celebrated as they should be.

“First of all, I think disability sports are becoming more popular with the inclusion in the Commonwealth Games and the success of the Paralympics,” he explained. “But there is still a long way to go.

“I think people find it hard to understand some of the sports. What are the rules and why does it differ from the able body version? 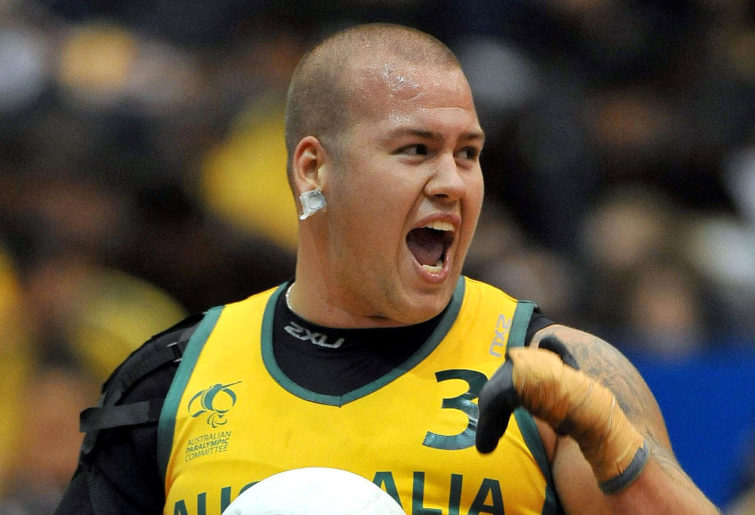 The lack of knowledge and understanding is a huge factor behind why these sports aren’t as popular as the mainstream versions. Many different classifications of different sports confuse viewers and prevent the casual fan from quickly understanding of the game. This table from the International Wheelchair Rugby Federation clearly outlines the point system used to determine who can be on a team and how it affects the game.

Funding affects these sports and people’s desires to watch it too.

This clearly conveys the struggle of getting these sports up off the ground and into the mainstream, with the limited amount of government funding they receive, which doesn’t correspond with the 20 per cent of the population with a disability who would love to participate in these sports.

Local grassroots competitions for kids and adults with disabilities would be extremely beneficial to these sports and, more importantly, the wellbeing and health of the people participating.

Television coverage of disability sports is very limited, and this too is a barrier to access.

“It has been difficult to get mainstream media support,” Croll said. “The internet and video streaming is helping gain larger audiences but it is still different from being on Channel Nine.”

During the Australian Open Channel Nine received 23 per cent of the overall audience share in Australia – even half of this number could drastically improve the following of disability sports. The ability to gain these larger audiences through Channel Nine and other networks would be exponentially helpful for disability sports.

One in five Australians have a disability. Everyone knows someone with a disability. I would like to one day live in a world where friends of mine and others with disabilities are as celebrated, well known and cherished as ‘normal’ athletes.

I would like my kids to grow up to know the triumphant stories of athletes like Ryley Batt and Alex Noble.

The golden sands of Mooloolaba Beach played host to the start of a potential revolution in competitive surf lifesaving last Monday with the inaugural Iron X competition.

The last time softball was contested at an Olympics Games was 12 years ago in 2008 in Beijing. Only two members of the current Aussie Spirit squad participated in those Olympic Games: captain Stacey Porter and Justine Smethurst.