It’s safe to say that I am the first person to report on the Boat Race for The Roar, so here’s a little history lesson.

The first men’s Boat Race took place in 1829 when “the University of Cambridge hereby challenge the University of Oxford to row a match at or near London, each in an eight-oared boat during the ensuing Easter vacation”.

It has taken place on the River Thames in London ever since.

Taking place while Australians were asleep overnight, proceedings commenced with the women’s Boat Race, which has taken place every year since the 1960s and since 2015 on the River Thames, when it was first included on the race-day programme.

Cambridge were defending champions in both the men’s and women’s race.

The big story coming into today’s race was the inclusion of James Cracknell in the Cambridge team.

He became the oldest man to compete in the Boat Race, at the age of 46, beating the previous record set by Andy Probert, who was 38 when he coxed for Cambridge in the 1992 event.

Cracknell brought a wealth of rowing success and experience with him, having won two Olympic gold medals at Sydney 2000 and Athens 2004 and six world championship golds between 1997 and 2002.

Despite this, Cracknell did not receive any preferential treatment and had to apply just like any other student who wanted to compete in the Boat Race. 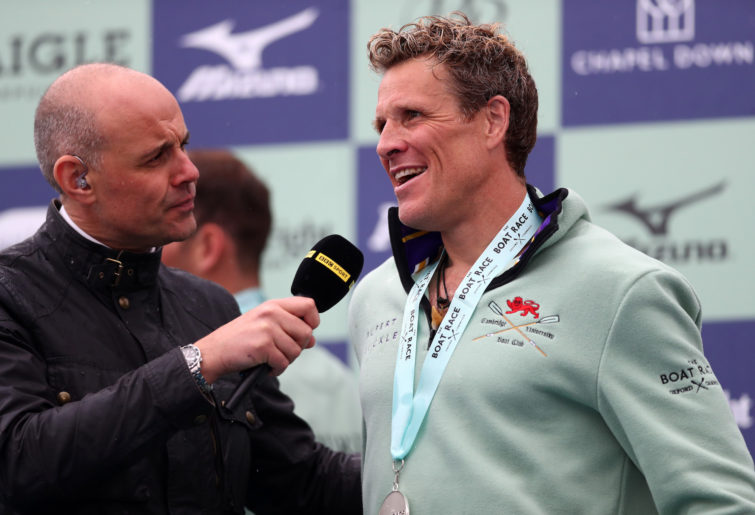 The 74th Women’s Boat Race took place under overcast skies and the weather reflected Oxford’s mood at the finish as Cambridge convincingly won their third Boat Race in a row.

After that, Cambridge just kept pulling away, with the lead increasing to eight seconds at Hammersmith Bridge and 13 seconds at Chiswick Steps.

Oxford cox Eleanor Shearer had the unfortunate job of trying to keep her team motivated while watching the light blues row into the distance.

Cambridge No.4 Larkin Sayre said of the victory: “It’s so special. I’ve been working towards this for two years, 99 per cent of it no one sees. This is the culmination of so much work.”

Oxford No.4 Lizzie Polgreen said that she was “very proud of the crew” despite the loss. “I think we’ve come a long way since the start of the year.”

The 165th Men’s Boat Race was a close one, quite literally.

Cambridge and Oxford clashed oars, with Cambridge being warned several times of their close proximity to the navy blues, which unfortunately led to the collision.

After this, Cambridge extended their lead to four seconds as they went under Hammersmith Bridge and the lead stayed at four seconds or thereabouts for most of the race.

In the latter stages of the race, Oxford began to close, something which was noticed by cox Toby de Mendonca, who exclaimed: “Inching back! Inching back!”

Despite this, Cambridge managed to hold on to defend their title by two seconds.

Cambridge did have to put their celebrations on hold momentarily as De Mendonca put his hand up at the end of the race in protest against the incident when the oars of both crews clashed.

The umpire explained to the cox that the race was won by Cambridge fair and square.

Cambridge’s celebrations could then begin.

James Cracknell told BBC Sport’s Sir Matthew Pincent: “The first few minutes was great. They (Oxford) didn’t drop. I thought this is going to be a humdinger all the way. To be honest, the endurance wasn’t a problem. I thought our pace was good. It wasn’t ten out of ten but it was certainly eight or nine.”