A phenom sandwich: Ranking the number one picks between LeBron and Zion

But for so many casual fans, college basketball ended the moment Zion Williamson was eliminated from the tournament.

Zion has been a phenomenon this season, easily the most exciting prospect since LeBron James made the leap from high school in 2003.

The three biggest storylines in basketball this year were the rise of Zion, the fall of LeBron and the league-shaking trade request of Anthony Davis. There seems no better time to look back at the 15 top draft picks between LeBron and Zion to see which ones changed the game and which ones fell on their face.

15. Anthony Bennett – 2013 – Cleveland Cavaliers
What a mess. Following his freshman season with UNLV, Bennett was expected to go in the lottery, but no one expected him to go number one.

After his rookie season he was already considered by many to be among the worst top picks of all time, and the rest of his career only proved this to be the case.

14. Markelle Fultz – 2017 – Philadelphia 76ers
This one is tough. Markelle Fultz was the consensus number one pick in a loaded draft class. His combination of speed, athleticism, passing and scoring made him an ideal fit (theoretically) next to Ben Simmons and Joel Embiid.

But his shot completely fell apart and he looked shook. Markelle is still so young, and he has a chance at a fresh start after being traded to the Orlando Magic.

13. Andrea Bargnani – 2006 – Toronto Raptors
Post Dirk Nowitzki, everyone wanted a big European who could knock down shots. Bargnani was no Nowitzki. He had a perfectly okay career, but never once looked like justifying his position as the top overall pick.

12. Greg Oden – 2007 – Portland Trail Blazers
Greg Oden was a goliath who had an excellent college career and projected as a future defensive player of the year. Unfortunately his body betrayed him, and he was never able to play up to his potential.

This pick only looks worse and worse as number two pick Kevin Durant continues to dominate the league.

11. Andrew Wiggins – 2014 – Cleveland Cavaliers
What a waste of talent. Once called “the Canadian MJ”, Wiggins has a freakish combination of size and athleticism that projected him as an elite scorer and reliable perimeter defender. He is neither of those things and has looked lost in the NBA.

A huge disappointment so far.

10. Deandre Ayton – 2018 – Phoenix Suns
It is hard to adjudicate on Ayton given he has only been in the league one year. He will likely finish third in rookie of the year honours (behind Luka Doncic and Trae Young), but he has looked like he belongs at this level.

His defence, awful in college, has improved dramatically. He has a soft touch and a huge frame, and looks like he could be an elite post player for years to come.

9. Andrew Bogut – 2005 – Milwaukee Bucks
The first Australian to be the number one pick in the NBA draft. Bogut was selected for his defensive ability and he built a solid NBA career as a rim protector. Bogut has bounced around the league, but he made an All-NBA team, All-Defensive team and won a championship as an important piece of the Golden State Warriors. 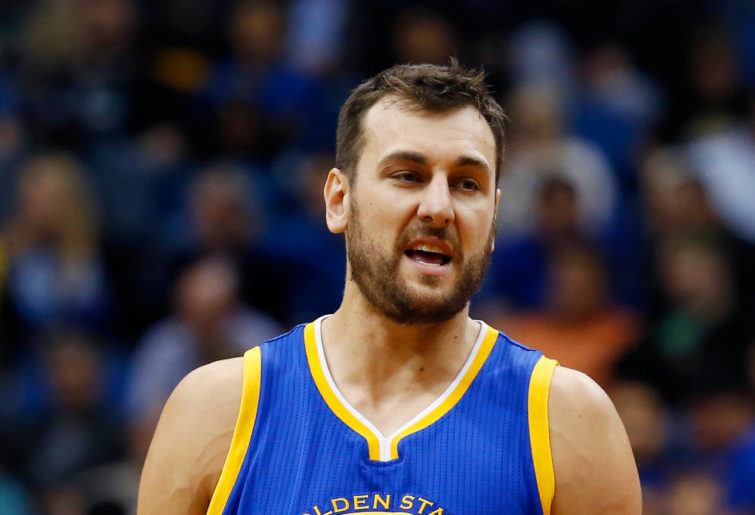 8. John Wall – 2010 – Washington Wizards
Wall exploded into the NBA and looked like the guy who could finally bring success to Washington. Individually he is a five-time All-Star and one time All-NBA player. But team success never came, team chemistry has been a disaster, and his obscene contract is the millstone around the neck of the franchise.

7. Derrick Rose – 2008 – Chicago Bulls
The youngest MVP in league history, Rose was an instant star for the Bulls and briefly challenged LeBron’s dominance of the Eastern Conference. But injuries ruined his chance to cement his place at the top of the league.

He had a 50 point game this year, but he remains a great ‘what-if’ of the NBA.

6. Karl-Anthony Towns – 2015 – Minnesota Timberwolves
The next two guys on this list could easily move up the list as their careers progress. At 213 cm and 250 pounds, KAT is a behemoth who has no business being as skilful as he is.

His touch on offence is astonishing, his defence has come on in leaps and bounds and he is a legitimate shooting threat. KAT could be MVP one day.

5. Ben Simmons – 2016 – Philadelphia 76ers
The other potential MVP on the list. A point guard with the size of a centre, Simmons is a staggeringly good passer, with a basketball IQ far beyond his age.

Simmons is a force on both ends of the floor, despite a complete inability to score outside the paint. If he ever develops a jump shot, watch out!

How is someone this talented so hated across the league? Since leaving the Magic, Howard bounced through LA, Houston, Atlanta, Charlotte and Washington, and the story is always the same. Double-double machine, locker room nuisance, politely asked to leave town.

3. Blake Griffin – 2009 – Los Angeles Clippers
An even greater ‘what-if’ then Derrick Rose. Blake has been one of the most terrifically talented players across the league since he entered the NBA, but has been ravaged by injury.

At his best, he was an MVP candidate. An explosive athlete, slam dunk machine, excellent passer and vastly improved shooter. Will be All-NBA this year after arguably a career-best season, aged 30.

2. Kyrie Irving – 2011 – Cleveland Cavaliers
He has had a weird season this year, as his attempts to be a leader with the Boston Celtics has led to instability and doubts. But there be no doubt that Kyrie is a super talent, with his spectacular handles and brilliant finishing.

Already an All-NBA calibre player with a championship ring, we don’t know how his career will shake out but it will be fun to find out.

1. Anthony Davis – 2012 – New Orleans Pelicans
The one season Davis played in college is one of the greatest of all time. He was a defensive beast and an unstoppable rim runner, and he was the unquestioned number one pick in 2012.

Despite being injury prone, he has established himself as one of the best players in the league on both ends of the floor. Wherever he ends up following his trade request, he will be incredible.