Wellington Phoenix coach Mark Rudan has confirmed he will end his successful stint at the club at the end of the A-League season, saying he is putting his family first.

Rudan is expected to return to Australia and there has been speculation he could take the coaching reins at one of the two clubs set to join the A-League in the next two seasons.

In his debut season as an A-League coach, Rudan has guided the previously-struggling Phoenix into the finals series for the first time since 2015.

“This has been one of the most difficult decisions I’ve had to make in my career. I came here wanting a project I could sink my teeth into and really make a difference to our sport,” Rudan said in a club statement.

“I’ve said it before, this football club is special. There are wonderful people here that make this club what it is. The people of Wellington and New Zealand have truly embraced me.

“But as I’ve made mention previously, family is up most of importance to me. I am a husband and a father first and a football coach second.

“The past few weeks I have worked closely with the club trying to find a solution but ultimately it was something that could not be resolved.

“The reasoning behind making the announcement now is to put a stop to all the speculation out there and to completely focus on finals football.” 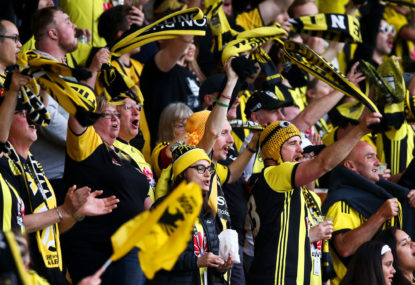 Sydney FC are running away with the league, Perth Glory have bumpy beginnings to continue their ascent from last season, while Melbourne City are looking a reinvigorated side under Erick Mombaerts.