It was the British and Irish Lions tour of Australia in 2001.

As the crowd of Saturday shoppers in central Brisbane grew louder and denser, I tucked into steak, salad and a couple of glasses of red with ex-London Welsh, Wales and Lions flanker John Taylor.

We didn’t notice the thickening press around us as we moved into the second hour of conversation, and beyond.

John Taylor was one of the most interesting rugby conversationalists you could hope to meet. He was notable not just for his playing achievements, and for kicking ‘the greatest conversion since Saint Paul’ in Wales’ last-second win over Scotland in front of 103,000 fans at Murrayfield in 1971:

In the amateur era, Taylor was one of the few rugby players who connected the sport to its political context, and the wider world surrounding it.

He had withdrawn from the selection process for the 1974 Lions tour to South Africa on a point of principle, after his experience of Apartheid in South Africa back in 1968:

“I’d already been on the 1968 tour and I realized I’d made a mistake as soon as I got there. I’d had misgivings but I desperately wanted to be a Lion – too desperately. 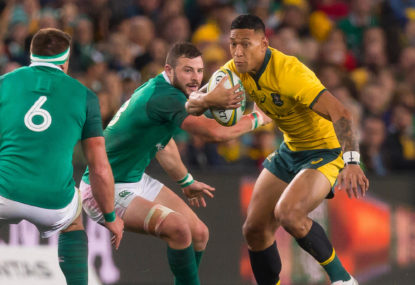 “The bigger decision was making myself unavailable for Wales when the Springboks toured the UK in 1969-70, so in reality, I’d already made my choice.

Although the Welsh selectors claimed that his political stand wouldn’t affect Taylor’s international career, he was ignored for four matches in the 1970 season. He was also left out of the Barbarians’ historic match against the All Blacks in 1973 when Mervyn Davies withdrew from the team with flu.

“The brief for that game was to recreate the 1971 Lions Test side, when we’d beaten the All Blacks in New Zealand. [Captain] John Dawes was asked who should replace Merv, and he said, ‘You’ve got to bring in JT. He should have been in the team in the first place.’ At which the Baa-baas President, Brigadier Glyn Hughes, apparently exploded: ‘He’s not playing – the man’s a Communist!’”

Taylor had been an integral part of that 1971 Lions team, playing for the greatest coach of the era, Carwyn James. A deeper, more intimate shade of sadness coloured his tone when the topic turned to Carwyn:

“Of course, you know the rumours about Carwyn – that he was gay.”

John Taylor went on to describe a tormented soul who could never reveal his true identity in the masculine world of rugby. There was an evident empathy between the two.

Like Taylor, Carwyn James saw the world outside the sport. He was variously a lecturer at Trinity College Carmarthen, a talented linguist who had decoded Russian messages for MI5, a white-robed bard of the Gorsedd, and a political candidate who had stood at the 1970 general election for Plaid Cymru, the Welsh National Party. Like Taylor, he was an outspoken opponent of Apartheid.

Carwyn James was probably the first ‘consensus’ coach of the modern era. He coached by inclusivity, tapping into the intellectual resources of his senior players extensively on the Lions 1971 tour to New Zealand. He coached by prompting and suggestion, coaxing players to learn, and make decisions for themselves – and to be adventurers in all they did.

Yet this man ahead of his time, who had created the template for modern coaching was never asked to coach his country. He saw himself battling against attitudes that were simply too entrenched: “You’d sooner talk rugby with a couple of dozen schoolkids than with some of the Welsh Rugby Union elders.”

As he once told his good friend Cliff Morgan, “there is a great loneliness upon me, you know”. The source of that loneliness was a conflicted sexual identity which could never be revealed in the vocational sphere in which Carwyn James lived, and tried to function.

Journalist Mark Reason described it graphically, and from his own personal experience, in this article.

‘A bard among bricklayers’, Carwyn James died alone, without wife or family, in the Hotel Krasnapolsky in Amsterdam on January 10 1983. He was only 53 years old.

His biographer Alan Gibbard put it succinctly: “the only pillar of his life which brought rejection and disappointment, was Rugby.”

On the playing front, the potential absence of Folau gives the new Wallaby selection panel a chance to diversify in the back three. Replacing him is a challenge – Folau’s ability in the air and running the wide attacking channels is unrivalled in the international game. But it is also an opportunity – Folau had a moderate kicking game from the back and only rarely managed contact situations on his own terms.

Dane Haylett-Petty is a shoo-in for the Australian back three, and he may now be joined by Kurtley Beale, reverting to what is probably his best position. Two other candidates played for the Brumbies against the Lions on Saturday: Tom Banks and Henry Speight.

The All Blacks gleefully targeted Israel Folau in contact situations for many years, counter-rucking and jackaling over the top of him for turnover. None of the Brumbies’ back three of Banks, Speight and Toni Pulu lost a single ball in contact against the Lions, and that was a big feather in their caps.

This is Banks, showcasing his terrific first step and explosive speed through the hole, and generating quick ruck ball. At the end of the first example, the man standing above the ruck in midfield is none other than his right winger, Henry Speight.

When Banks set up the Brumbies’ first score of the game with his break down a skinny short-side, it was not just the break that mattered, it was his ability to hang onto the ball and present it cleanly to Joe Powell when he was isolated downfield, that really mattered. That created the continuity for Lachie McCaffrey to convert into the full five-pointer three phases later.

Later in the game, Banks created another opportunity by ‘stealth in contact’:

This won’t show up as a clean break or even a defender beaten on the coaches’ spreadsheets after the game, but what Banks has done has concrete value: 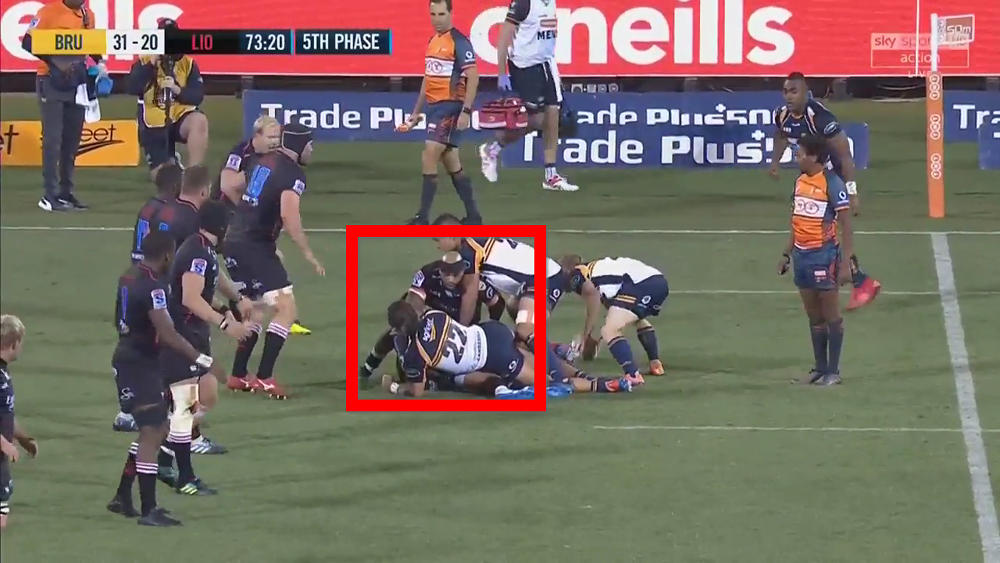 He has consumed both of the Lions edge defenders – Lionel Mapoe and Elton Jantjes – in the same ruck, and that gives Tevita Kuridrani the chance to run at Ross Cronje on the next play in a physical mismatch.

Henry Speight did not boast any big line-breaks for the stats sheet either, but what he did for his team was mightily effective – and beyond the reach of an Israel Folau – throughout.

Speight chased kicks and did not allow any breaks on his edge from them during the game. The strength of his chase and work at the first breakdown were crucial to the Brumbies (at 2:48 on the above reel). It is Speight who drives Aphiwe Dyantyi off the ball and creates a seam for Kuridrani to dance around the last defender down another short-side: 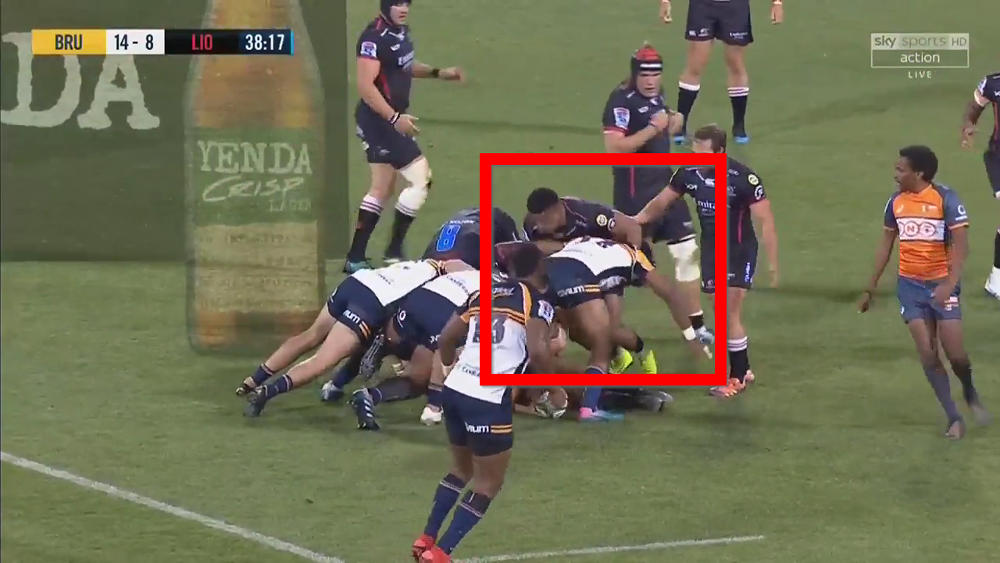 Speight worked to come off his wing infield when the Brumbies had the ball on attack:

Here he is the first man in support, backing up the tapped penalty by Tom Wright with a resounding cleanout on the first Lions threat at the tackle.

When Tom Banks scored in the 54th minute (in the sequence beginning at 4:15 on the reel), Speight was busy coming off his wing and following the ball infield. On the scoring play, he is providing a short option and helping take the focus off Banks: 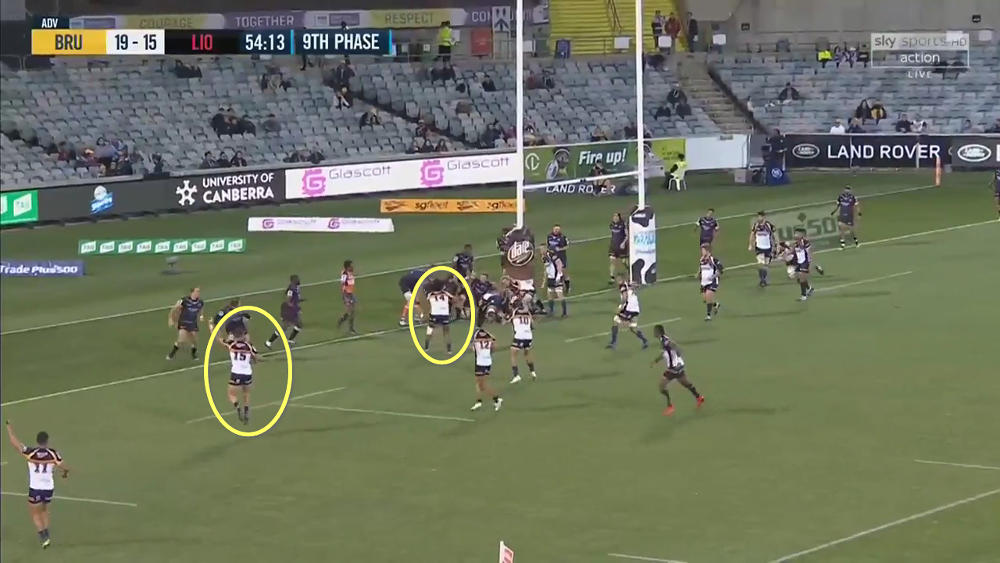 One instructive sequence towards the end of the first half illustrated the amount of work both Tom Banks and Henry Speight get through for the Brumbies, and how well they link up together in the same part of the field:

First Banks takes the in-pass from Christian Lealiifano, and the player standing above him at the tackle is Speight.

A couple of phases later, Speight is back on his wing, providing width to the attack and calling for the ball: 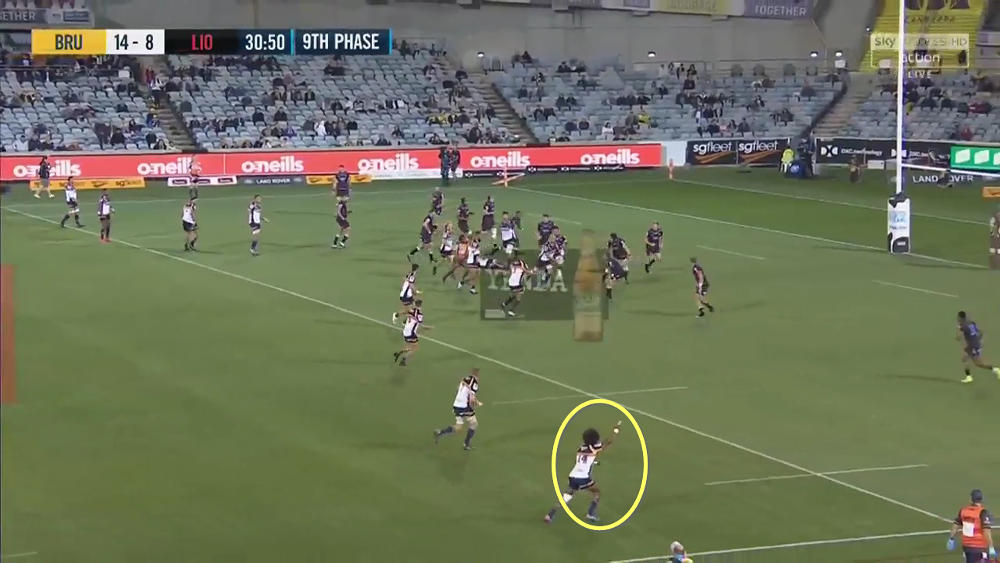 Wind the clock on another 40 seconds, and Banks is mini-breaking with good footwork down the middle, and presenting the ball cleanly for his halfback. Henry Speight is again transitioning from the wing to supply a short option for Joe Powell on the next phase:

That is what hard work and the ability to play a diverse variety of roles looks like in the modern game.

Summary
Israel Folau will leave a glittering trail of memorable moments behind him as a rugby player. But his legacy will not compare with that of Carwyn James. James’ influence changed the way the game was played and coached, not just in the UK and Ireland but in New Zealand. If you don’t believe me, ask Sir Graham Henry.

Carwyn James coached the game they played in heaven – not the fiery place – and he empowered the people around him to be pioneers; to take risks, make mistakes and fulfil their potential. No harsh doctrine of reward and punishment for him.

Yet he was rejected by the sport he loved because his identity, and in particular, his sexual and political identity, did not fit the norm. The rugby establishment has always been conservative, masculine and reactive rather than inclusive and progressive, and it (in the form of the WRU) spat out the Carwyn Jameses of this world.

Those conservative attitudes have been restated in another form on social media – in the posts of first Israel Folau, and latterly England number 8 Billy Vunipola. Whether either or both make it to the World Cup will be a Test of rugby’s maturity as a sport, a test of whether it can manage diversity.

Tom Banks and Henry Speight may not have Folau’s God-given talent, but their sheer desire to work in all phases of the game will bring them firmly into the Wallaby selection frame in 2019.

If he is looking down on them now, Carwyn James would applaud their efforts at self-improvement, their willingness to become bards and bricklayers of the modern game in equal measure. He would coax and prod them to accept the adventure of becoming a true rugby man, and to embrace the journey as fully as possible.

No hellfire sermons would be needed.