On Easter Monday, we get our first look at the new Western Sydney Stadium – sorry, ‘Bankwest’ Stadium – when Parramatta and the Wests Tigers play out a Round 6 game.

The stadium is a fantastic-looking piece of architecture which is going to make football, rugby union and most importantly rugby league games a sensational viewing experience.

It’s one of those ‘boutique’ venues you’ve heard about that puts 30,000 people in a seating design that gets fans close to the action, not dissimilar to the setup at Melbourne’s fantastic AAMI Park.

I haven’t seen Bankwest Stadium yet, not many have, but those who were able to get along and go through the facility at the open day last Sunday had nothing but superlatives to say about it.

Assuming it isn’t afflicted by those very Sydney things – like running out of beer and bottled water before halftime, randomly closing off half the bathrooms or two-hour queues at the gates meaning no one gets in until after kickoff – it will be the premier place to watch games until the new Football Stadium is built.

This new stadium is the first of a rollout of new venues, with one and a half more coming – a new, 45,000-capacity Sydney Football Stadium at Moore Park and redevelopment works happening at the Olympic Stadium in Homebush to fix the outdated ‘bowl’ seating plan and bring spectators closer to what’s going on out on the field.

From next season, the North Queensland Cowboys will run out onto a new, 25,000-seat venue if work goes to schedule.

A new stadium for Canberra is a constant talking point in the community, which is desperately needed to house the Raiders, Brumbies and a potential A-League side. But the Territory government is too enamoured with throwing millions of dollars at the Greater Western Sydney AFL team, so they’ll keep paying the capital a token amount of attention. 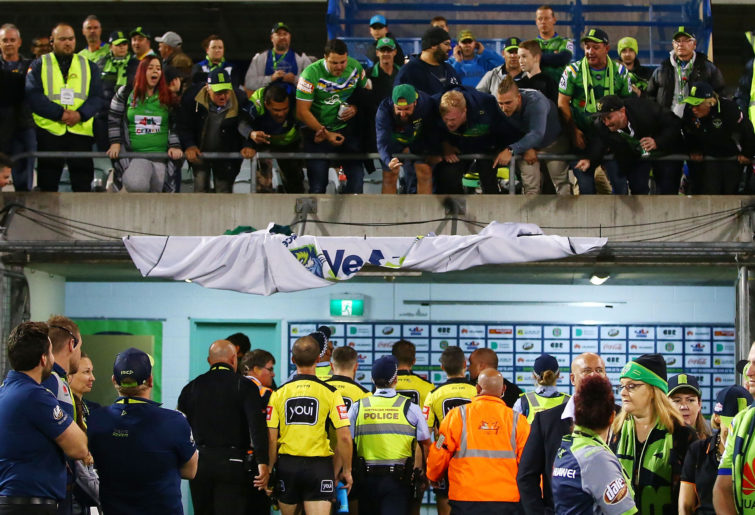 So what does this mean for the suburban ground?

It doesn’t look good, I’ll tell you that. And to be honest, it’s probably for the best.

People don’t buy a club membership to sit out in the open at a public park and get rained on, or stand on grassed areas freezing their arses off in the winter months.

They want a decent seat, ideally undercover, with a decent view and easy access to facilities, beer and food.

And neither should the NRL. If you’re serious about growing the game, you need your elite competition playing its games in the best available venues.

NRL CEO Todd Greenberg nailed it in May of last year after St George Illawarra beat Melbourne at Kogarah Oval (currently Netstrata Jubilee Stadium). Asked on radio about the NRL’s vision for games at suburban venues, he said:

“For me, it’s about trying to find a balance, and this is not easy to do, to play the big games in the big stadiums with the big crowds, and then fill those suburban venues on occasion during the year.

“The reality is this: I love suburban grounds like everybody else… but the real true test is are new people, new fans, casual fans who want to turn up to a game with their kids and their wives going to stand on the hill at Kogarah? The answer is no.”

Before muscle memory kicks in and you all start to tee off on Greenberg, remember it was his predecessor, David Smith, who launched the NRL’s stadium strategy in 2015. This strategy will eventually see Sydney clubs sharing the three major venues, while their suburban home bases become ‘high performance centres’ (we used to call these ‘training grounds’) with maybe a regular season game here and there. 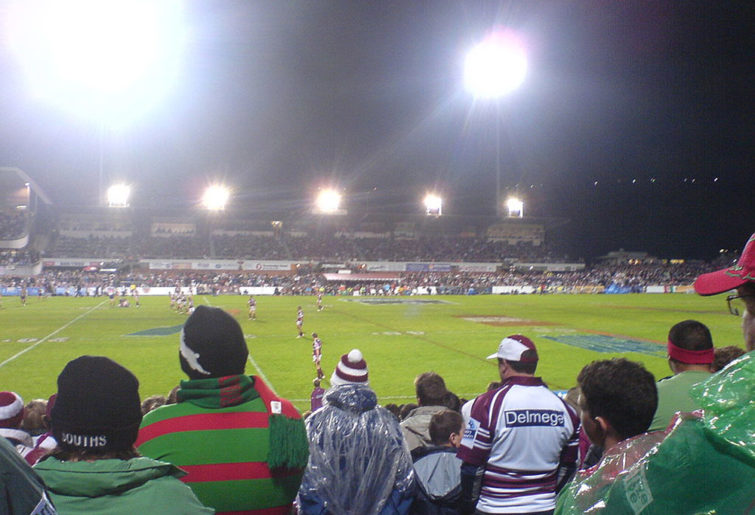 There are strong arguments that more games should be played at suburban venues like Kogarah, Brookvale Oval, Leichardt Oval, Campbelltown Stadium or Cronulla’s recently rebranded ‘Pointsbet Stadium’. But these grounds aren’t up to scratch with what fans are looking for or, frankly, what they should get for the cash they’re spending.

The operating costs alone at suburban grounds also make it a far less enticing proposition than the guaranteed revenue and opportunities to generate more income that come with playing at the bigger venues.

Put simply, a crowd of 10,000 at ANZ stadium is usually worth more money to St George Illawarra than a crowd of 15,000 at Kogarah.

In any event, is all this demand for suburban games coming from the right place? Is it because watching a game at Brookvale Oval is a genuinely enjoyable day out, or is the game’s tendency to cling on desperately to the past?

Venues like the new Western Sydney Stadium are going to bring people to NRL games who haven’t been to one for a long time or haven’t come before.

For every person who wants their team to play out of their ‘spiritual home’, there are many more who would be willing to give a game a chance at a better, purpose-built venue.

If you can get to a game at a suburban venue, do it in the next couple of years because they’re not going to be hosting games for much longer.