As Clint Gutherson's future hangs in the balance, there's a silver lining for Parramatta

It’s an anxious week for Parramatta fans as they await news of captain Clint Gutherson’s future at the club, but the outlook may not be as dire as it seems.

The talented fullback reportedly rejected two-year offers from the Eels worth $475,000 and $500,000 per year and asked agent Sam Ayoub to assess options with other clubs in the hope of securing something nearer to a four-year, $700,000 offer.

An agreement between Gutherson and the Eels isn’t off the tale, but Roar NRL Expert and self-described Parramatta tragic Mary Konstantopoulos argues there could be a silver lining if they lose their star captain.

Conceding his loss will be felt by all at the club, Konstantopoulos told the Game of Codes podcast that Parramatta’s poor track record of overpaying players means they can keep their heads held high if Gutherson isn’t willing to accept what they think he is worth – particularly with his history of injuries.

As for who Gutherson will go to if things fall through with the Eels, reports suggest a number of clubs have shown interest.

The 24-year-old has spent significant time on the sidelines over the course of his career, including two ACL injuries.

Parramatta face the Wests Tigers on Easter Monday in the first NRL match at the club’s new home at Bankwest Stadium.

Listen to the full episode below or subscribe to Game of Codes on iHeartRadio and Apple Podcasts for Australia’s best new sports podcast.

Did an Eels debutant violate social distancing rules in post-match celebration with family?

It’s heartbreaking that they can’t even do this anymore. 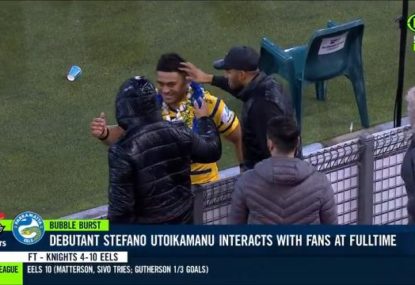 Did an Eels debutant violate social distancing rules in post-match celebration with family?

‘The touchie wasn’t at the captain’s run!’ 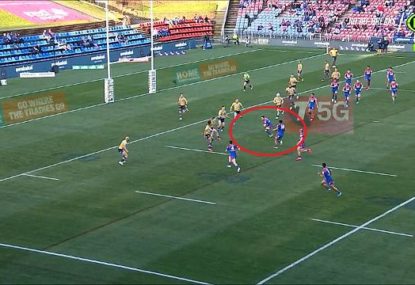 Could the Eel cop a suspension for getting him high, though? 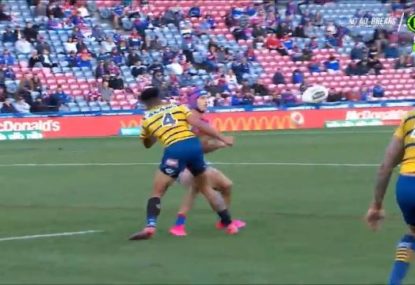