Does form count for anything going into the A-League finals?

Simultaneous kick-offs are unlikely to happen in the A-League under the current TV deal, but maybe they should after this weekend’s interesting final round.

How about next week’s A-League finals?

Who would have foreseen Melbourne Victory hosting Wellington Phoenix on Friday night instead of Melbourne City?

Possibly the Phoenix, for starters.

Now before anyone across the Tasman hits the speed dial button on any lawyers they happen to have on retainer, I should stress I’m not suggesting anything untoward happened in Perth Glory’s 5-0 win over the Phoenix last night.

Perth have long threatened to blow an opponent out of the water and it just so happened that it was an understrength Phoenix side who copped it.

Coincidence though it may have been, it’s still not a great look for the A-League when one team goes into the final game of the regular season knowing that only a defeat by more than two goals would drop them down to sixth – then loses 5-0.

There’s not much to be gained by the Phoenix facing Victory in Melbourne instead of Adelaide United at Coopers Stadium, but it still leaves the competition open to the suggestion that the finals schedule can be easily manipulated.

That said, it’s not like a schedule where teams face each other three times – once at home and twice away, depending on the various machinations of the season – is a fair and equitable system anyway.

And it’s hard to see how the Phoenix take much confidence into Friday night’s clash on the back of a five-goal mauling, even if it will be a much different looking starting eleven that runs out at AAMI Park.

As an aside, it’s probably also worth mentioning A-League defences following a round in which 21 goals were scored.

A few readers pointed out in my column on Friday that the A-League averages more than three goals per game.

That may be true – and it arguably means that at least a few teams approach every fixture with attacking intent – but what does it say about the average A-League defence?

The Central Coast Mariners ended up conceding 70 goals in 27 rounds this season and they weren’t even the league’s worst defence!

Some teams have simply loaded up against hapless defenders – as Melbourne City did against the abysmal Mariners on Friday night – so perhaps the statistics aren’t quite as flattering as they appear at first glance.

Still, City’s five-star performance begs the question of why they haven’t played like that more often – and why Warren Joyce doesn’t more regularly turn to his youngsters.

Could City pull off the ultimate magic act and win the A-League on the back of one of the most mediocre regular season campaigns in the competition’s history?

Anything can happen in the roll of the dice that is the A-League finals. 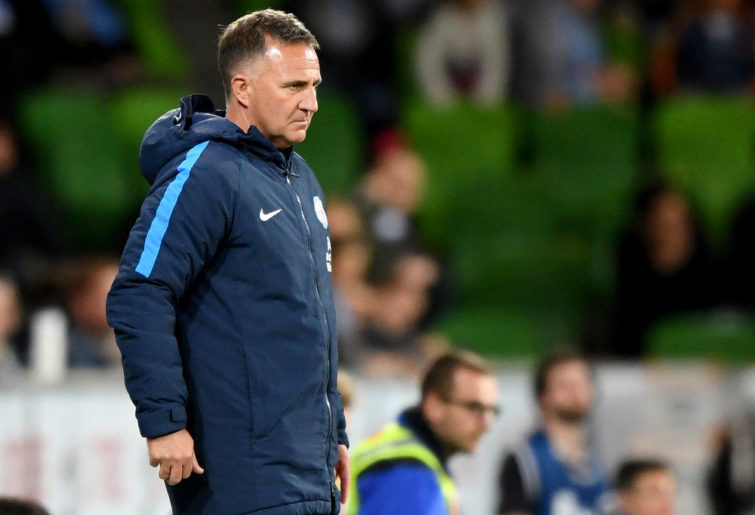 But if there’s any justice it will be Perth Glory who lift the championship trophy in three weeks’ time.

And it was nice to see Diego Castro become the first A-League player to win the Alex Tobin Medal twice.

The evergreen Spaniard has enjoyed another stellar campaign, and he’s no doubt determined to seal it with the medal that really counts.

We need a few more players like Castro down here next season.

Keisuke Honda is right when he says the A-League’s salary cap is holding back Australian teams in Asia.

The A-League needs a complete overhaul and the salary cap is surely one of the elements that needs to be looked at.

So do kick-off times.

Next weekend’s elimination final timeslots might have been designed with TV viewers in mind, but they’re not exactly fan friendly.

But that’s a minor complaint compared to the bigger picture.

And the most obvious question to come from a topsy-turvy final round of the season is whether form counts for anything going into the finals?