It's time to make a call on Good Friday Football

Footy fans around the world have been in heaven over the last two weeks, with just one day separating Rounds 5 and 6.

With so many significant days on the country’s calendar, the AFL has celebrated each of them with a game… sometimes two.

For example, last Thursday saw Collingwood and Brisbane in the ‘pre-Easter’ fixture, and just six days later we watched Richmond and Melbourne battle it out on ANZAC Day Eve for the fifth time.

The fixture was first introduced in 2015 and both clubs have done a brilliant job honouring those soldiers who have fought for this country over the last 100+ years.

A minute of silence, the cauldron, phone torches lighting up the MCG, the last post, the silence around the ground… 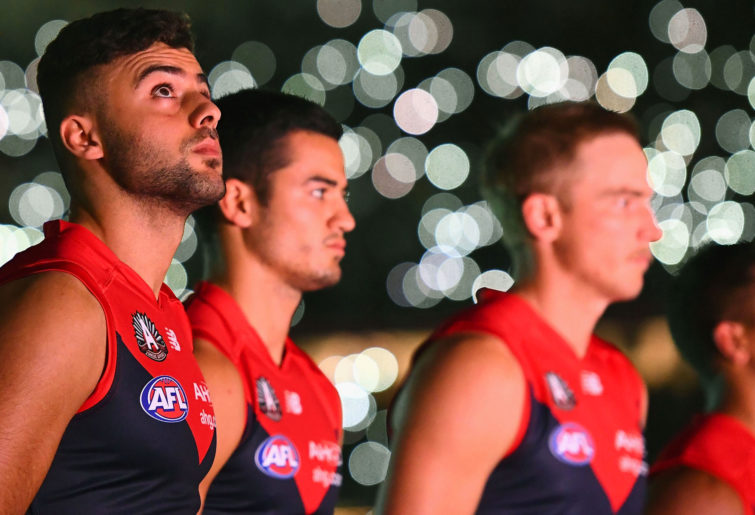 2019’s edition of the fixture was no exception.

A fired up Melbourne came to play from the opening bounce and matched the Tigers’ ferocious attack on the ball in the first quarter.

But it wasn’t sustainable.

Despite an entertaining opening quarter and Melbourne taking a one-goal lead into the first break, they added just two more goals for the game.

The 43-point loss is the second biggest the Dees have copped on the ANZAC Day Eve, last year losing by 46 points.

While both teams have been the only two involved over the last five years, the games have hardly lived up to the ‘thrilling’ standard we expect from marquee games.

The smallest margin, 13 points in 2017, is an outlier as the other four winning margins have exceeded five goals and in the last two years have exceeded seven.

So it hasn’t lived up to the hype on field, but that shouldn’t take away the brilliant job off it.

Both teams and their supporters have honoured our soldiers respectfully and provided a great foundation for the ANZAC Day game and what it stands for.

Why doesn’t that same perspective apply to Good Friday?

North Melbourne campaigned for over two decades to play Good Friday Football and finally got the call up three years ago – like that or not, it’s fact.

In 2017, the first ever Good Friday game was played between North Melbourne and the reigning premiers, the Western Bulldogs.

In the space of four seasons, we have gone from no Good Friday football to two games and a total of six teams rotating through the day.

Let’s start with the first game.

North and the Bulldogs set the on-field benchmark and delivered what will be remembered as a classic.

With three points the final margin, the game certainly reached the heights one would expect from a marquee game.

So why did the Dogs get the boot? Your guess is as good as mine.

Perhaps it had to do with off-field promotion for the Royal Children’s Hospital, as North took the lead and the Dogs didn’t keep up quite as well.

But this is where the AFL got it wrong because instead of presenting some guidelines and giving the two sides an opportunity to build a tradition, the Bulldogs were out and St Kilda was in.

And we saw the opposite result.

So that, too, wasn’t good enough.

The narrative is unclear.

All the promotion is focused on Good Friday being bigger than football but the actions taken so far suggest there’s a second motive driving the fixture.

The “smaller” clubs, like North, Bulldogs and St Kilda are just as capable of raising money for the Good Friday Appeal.

These clubs are forced to prove themselves year in, year out while Richmond and Melbourne they’ve been handed a marquee fixture on a silver platter to make their own.

To me, that says there is underlying pressure on the clubs to make it profitable for the AFL.

If Good Friday is really bigger than footy, any supporter of any team will dig deep for a good cause – no matter if they were playing or not.

The AFL is just introducing a lot of expectations as an excuse to, within five years, have another big ticket game on the agenda.

Why not own up to that, instead of playing the swapping game?

This year, we might have found a winning combination: North Melbourne vs Essendon.

Almost a full house watched the two teams play for four points at Marvel and a lot of money was raised.

But the game was a flop.

North Melbourne barely turned up and were showed up a quicker, classier Essendon outfit.

Now the question is – have they done enough to secure the spot for 2020, or will the timeslot pioneers be out after three years?

The fact that there is a hanging threat over the clubs involved is frustrating in the first place.

If the AFL really wants to do the day justice, they should focus on the work North Melbourne has done for the Good Friday Appeal and RCH not just since 2017 but over the last 20 years.

That alone should be enough to suggest they deserve it.

Reports state that North and Essendon have the game locked up for the next 20 years.

I’ll believe it when I see it, or hear it, straight from the AFL’s mouth.

After changing the fixture for Good Friday footy for three straight years, the AFL may have finally settled on the right two teams. #AFLTonighthttps://t.co/BJg8Dxpn7w

And what’s going to happen to the game in the West?

For the first time we saw two non-Victorian sides in a marquee game and while it wasn’t a much better spectacle than that at Marvel earlier in the afternoon, it was great to see West Coast and Port Adelaide involved.

The two sides, like the other six non-Victorian sides are just as worthy as everyone else, and I’d like to see them again same time next year.

For a national competition there is not enough of a spread.

But that’s hardly news to anyone.

Unfortunately, there’s not much that anyone can do but wait for an announcement to come post season.

It will be a real shame for North Melbourne, West Coast and Port Adelaide if their plans change for Good Friday next year.

Because they’re all clearly capable of honouring the day appropriately.