How long does potential last in the NRL?

This question came to me because of the Panthers, and Nathan Cleary in particular.

For the last six years, the media have suggested that this is the season the Panthers take the comp by storm and deliver on all of their potential.

This has clearly failed to take place, and Nathan Cleary after 60-odd first grade games and three Origins has failed to improve or deliver on his reported potential.

Andrew Johns said recently that the Panthers had to tear down their roster and start again. When did this happen?

We have been told they have so much potential within their squad and now they need a rebuild according to Johns. How?

The same can be said of Ash Taylor.

He came into the NRL being touted as the next great No.7, and after 75 first grade games, we are still told about his talent and potential and not what he has actually provided for the Titans and the massive outlay they have made for him.

But how long of a leash does he get? How long does potential last?

He is already 24 years old – the same age as Cam Munster and a year younger than Roger Tuivasa-Sheck – possibly the best two players in the game.

So why has he failed to deliver?

Both interesting concepts, and difficult to quantify as a guy watching on TV.

Leadership and confidence clearly come from the individual, but perhaps more importantly in pro sport, these qualities come from the coach, the culture of the club and the leaders of the team, be it the captain, play-caller or forward leader.

If we are to accept the idea that confidence and leadership are the keys to turning potential into sustained success, it is interesting to apply these ideas to the Panthers.

They have had some exciting talent come through the last few years, but their leaders have been James Maloney, a man whose discipline or tackling has never been very easy, James Tamou, a man whose best days are behind him and doesn’t scream leader, and maybe Trent Merrin? Matt Moylan? No one truly stands out as an on-field leader. 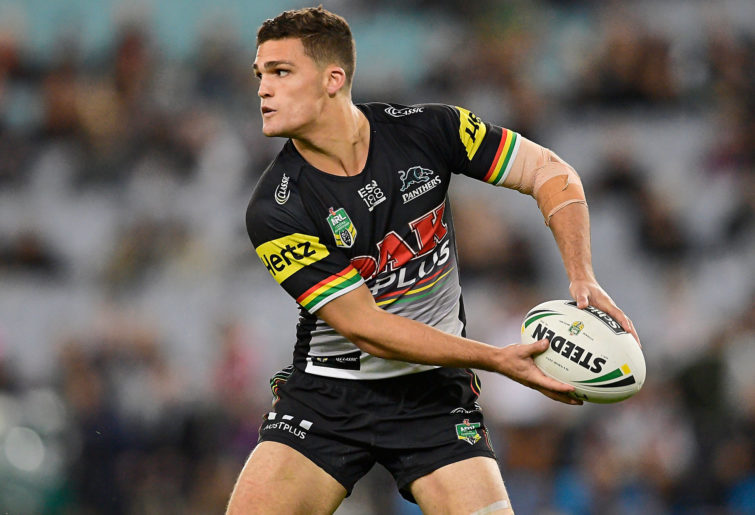 The Panthers’ off-field management is a clear indication of turmoil.

Phil Gould, who has just left the club, went through four coaches in his time and it’s hard to believe this instilled any sense of confidence in the young players or any form of leadership by the short-serving staff.

Ash Taylor came to grade ready to replace Cooper Cronk and Johnathan Thurston as the next great No.7, and so far, he has failed to live up to these labels.

The Titans have failed to provide him the required confidence or leadership for him to thrive.

Taylor has had no help. Perhaps the best partner he has had has been Tyrone Roberts – not really someone to instil confidence in anyone.

Taylor has had to also deal with coaching changes and instability.

So perhaps the question is not how to coach a kid to reach his potential, but how to find the right coach and the right on-field leaders for young players.

Cam Murray has exploded onto the scene and should play Origin this year.

Murray has developed and improved and it is hard to imagine that forward pack leader Sam Burgess hasn’t had a strong influence on his development.

I can’t imagine that Tamou could have the same level of influence and respect that Burgess commands across the game.

I wonder what Taylor’s game would look like if he had stayed in Brisbane or been partnered with Cooper Cronk.

The strongest cultures in the comp are the Storm, Souths, Roosters and the Sharks, with a few teams like Manly and the Broncos just behind.

These teams have either strong on-field leadership, strong club culture or a great coach.

The Sharks have been the most unstable club in the comp over the last few years but the leadership of Paul Gallen has allowed the likes of Wade Graham, Jayden and Blayke Brailey and Bronson Xerri to develop.

The Storm – with the likes of Cameron Smith and Billy Slater plus the coaching of Craig Bellamy – have overseen the closest thing to a modern dynasty with plenty of young players coming through.

The Panthers and Ash Taylor face an uncertain future, but for now, the media and coaches will continue to give them time because of their potential.

How long does that last? I cannot say.

I have heard people use the word potential with Matty Moylan and he will be 28 next month, so clearly it has a long shelf life.