RJ Hampton is the NBL's next star

John
Roar Pro
29th May, 2019
0
Join the conversation
Advertisement
Write for The Roar

The NBL got a major boost this week when five-star Texas high school basketball player RJ Hampton signed with the New Zealand Breakers under the NBL Next Stars program.

Hampton was recruited by some of the biggest programs in college basketball, including Duke, Kansas, Kentucky and Memphis, but ultimately chose to forgo college hoops to play professionally in the NBL while he waits to become eligible for the 2020 NBA draft.

This is a massive coup for the NBL and its Next Stars Program. Hampton is a 6-foot-5 point guard, who is ranked fifth out of all 2019 high school players by ESPN, is projected by some to be a top five pick at the 2020 NBA draft.

He was named the Texas Gatorade Player of the Year, an award won by current NBA stars, De’Aaron Fox, Justice Winslow, Marcus Smart as well as former all stars Chris Bosh and Rashard Lewis.

Hampton announced his decision to skip college and head to New Zealand on Get Up!, explaining that it was never his dream to play college basketball, but rather his dream was to play in the NBA, and the NBL was the best option for him to achieve that dream.

Hampton explained that the NBL would give him an opportunity to “live like a pro and play with grown men every day. Not have to juggle books and basketball”.

The NBL should be congratulated for their strategic and innovative thinking. This is exactly the sort of opportunity the NBL hoped to provide with the Next Stars Program, now in its second year.

At present NBA draft rules effectively require that a player be at least one year removed from High School to be eligible for the draft, effectually forcing them to find an interim home before moving to the NBA. 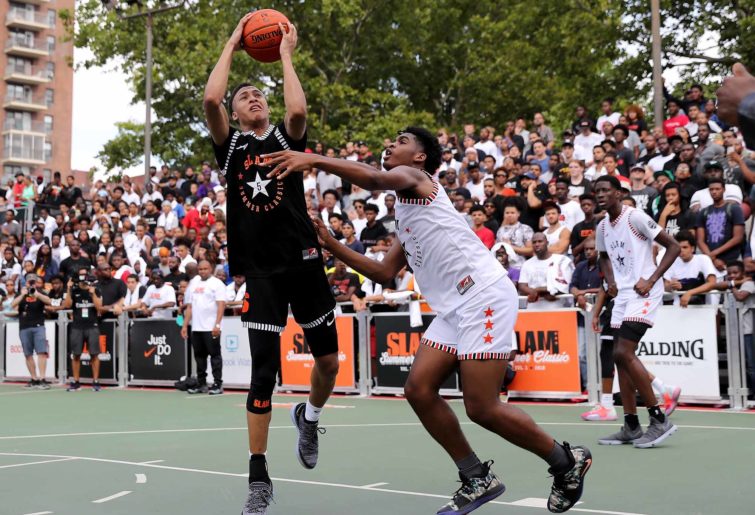 Traditionally the path for prospects to the NBA is via college basketball programs, however given rising tension and debate around student athlete remuneration and amateurism in college sports the NBL has seen an opportunity to boost its profile by attracting genuine talent and positioning itself as a legitimate pathway to the NBA.

And there is precedent that this pathway can work for players, with Oklahoma City Thunder player Terrance Ferguson playing for the Adelaide 36ers during the 2016-17 season before being drafted 21st overall by the thunder in the 2017 draft.

The NBL argues that one of the strongest advantages afforded to Next Stars prospects is, as Hampton said, exposure to the professional environment.

NBL chairman Larry Kestelman believes the NBL will help players “develop an acute understanding of life as a professional basketball player on and off the court and ensure they are equipped to make the transition to their professional careers”.

Indeed, this might be the most appealing element of the program. Ferguson only averaged modest stats in 15 minutes per game with the Adelaide 36ers, however scouts were more interested in learning about how well he trained, took direction, handled being a professional and how well he fit into the organisation.

Next Stars players earn a base salary of $100,000 per year (paid by the league, not the team), along with benefits such as housing, cars and flights.

Whilst it pales in comparison to an NBA contract it exceeds current G-League (The NBA Development League) contracts.

It is rumoured however that Hamptons salary will far surpass the $100,000, which makes sense considering other overseas options.

In 2008 Brandon Jennings signed with Lottomatica Roma of the Italian Serie A league for $1.65 million dollars and in 2014 Emmanuel Mudiay signed with the Guangdong Southern Tigers of the Chinese Basketball Association for $1.2 million.

Additionally, Hampton will have no restrictions on his ability to sign endorsement deals and for a prospect of his profile is likely to get a reasonable contract (Under Armour signed Jennings to a $2 million contract). 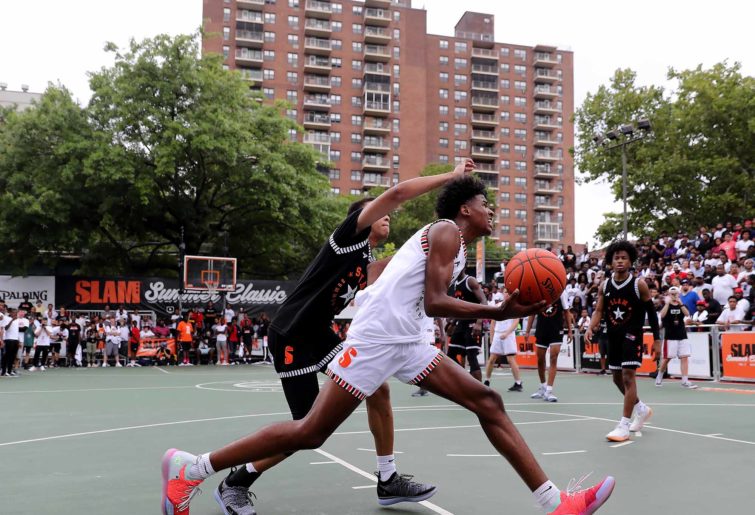 Ultimately it is a bold move from RJ Hampton as this pathway is largely untested. Only one Next Stars contract was handed out in the programs first year, with Brian Bowen, another 5-star recruit, signing with the Sydney Kings.

Bowen’s path to the Kings however was far from conventional. Originally joining the University of Louisville for the 2017-18 season, Bowen was caught up in the 2017 FBI investigation into college basketball corruption, causing him to be withdrawn from team activities and eventually being required to sit out a year before being eligible for college basketball activities again.

Bowen who played 15 minutes per game and averaged 6.3 points and 3.2 rebounds per game, has entered the 2019 NBA draft and is projected to be on the bubble, with a very late second round selection the likely best outcome.

No matter the outcome for Hampton he will get paid for his work, which is more than we can say for any of his peers playing in college basketball.

Overall this is a positive step for basketball in Australia and New Zealand, but also basketball generally. In the NBL we now get to watch a star in the making live.

Players with top five draft potential garner a lot of hype and media attention. Duke University’s Zion Williamson, the consensus top pick in this year’s draft has 3.3 million followers on Instagram and the average ticket price for the rivalry game between Duke and North Carolina this year cost over $4,000.

All this will hopefully raise the profile and growth of the game and the legitimacy of the NBL both as a league and a pathway.

Should things work out for Hampton, he should receive elite development and exposure to a professional environment that will position him as an attractive NBA prospect for the 2020 draft, all while being paid.

If that is the case the Next Stars program will only become a more attractive option for other NBA hopefuls.