Super Rugby Round 17: Nerves at the top

It’s not just the likes of the Crusaders, Rebels, and even the Bulls who have seen leads trimmed, eroded, or even outright disappear in recent weeks.

Oh no, with just two rounds to go, there’s some nerves appearing at the top of the tipping panel, too.

And though we weren’t necessarily SAYING it, we were all thinking not that long ago that 2019 was Nobes’ back-to-back tipping panel title to lose. We were, weren’t we? Of course we were.

He was looking comfortable; tipping well, and using his inside word or spidey senses of when to pick and when not to pick the Jaguares beautifully.

He was Messi, and we were every other footballer in Spain. He just had us covered.

But then he listed to Harry once too often and picked the Stormers last week. And now his lead is gone, just like that!

What a time to stumble! And what pressure does this bring now, over the last fortnight?!

PERFECT ROUNDS: Haha, it was over before it began. Fair to say, no-one had the draw in Auckland and the Waratahs and the Chiefs. And a lot of us were 1 from 4 heading nervously into the Reds-Jags.

Digger
TIPS: HIGHLANDERS, BLUES, CRUSADERS, BRUMBIES, LIONS, JAGUARES
The Bulls did give me some pause but under the roof I think the Highlanders will have too much for them over 80 minutes, while I will back the Blues (even as I don’t believe it) away from home over the Reds, but I am sure to regret it. 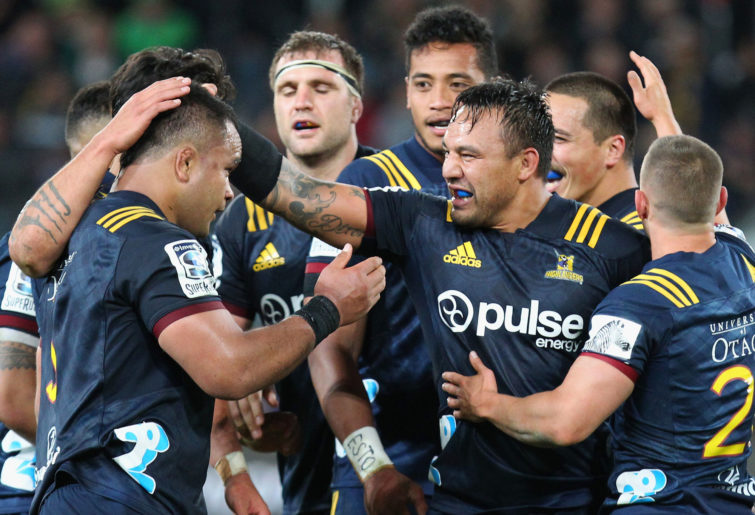 Ash Dixon of the Highlanders celebrates with his teammates. (Photo by Rob Jefferies/Getty Images)

Crusaders have not been at their best, but I don’t think the Rebels are mentally tough enough to win in Christchurch anyhow.

The Waratahs and Brumbies have been giving me a headache; I just do not know, you would assume the Waratahs will be more desperate, but the Brumbies are playing the more cohesive game and seem to be more organised so I will saddle on up for this one.

A likely makeshift centre pairing and a reshuffled loose trio is not at all great for a game against the Lions at old Ellis, who now have more to play for than their visitors this weekend.

The Stormers should (say should) make light work of the Sun setting Wolves, while even the Sharkie Sharks and their inconsistency will not budge me off the Jaguares wagon this week.

SURE THING: Another tiring weekend beckon flicking during scrum resets to catch cricket scores (or between overs to catch rugby scores, whichever takes the fancy at the time) while watch the ‘niggle’ factor ratchet up a few notches as playoff hopes are both realised and extinguished over this round. And a few more cards.

We have four teams already in the playoffs, only two without possibilities and only two rounds to play.

The classified teams are also in a bitter battle for the home field advantage in the finals that is usually decisive in a tournament where the travel distances are so vast. Guauuu! Super Rugby 2019 cannot be more entertaining!

Come on SANZAAR, this is great for marketing, do something about it!

The Highlanders must win their last two games with bonus and cross their fingers, and the Bulls have to win to continue to have chances in the most competitive conference this year.

Then, the last two teams of the respective conferences will meet, which makes it very difficult to predict and maybe the Blues will take it from experience. 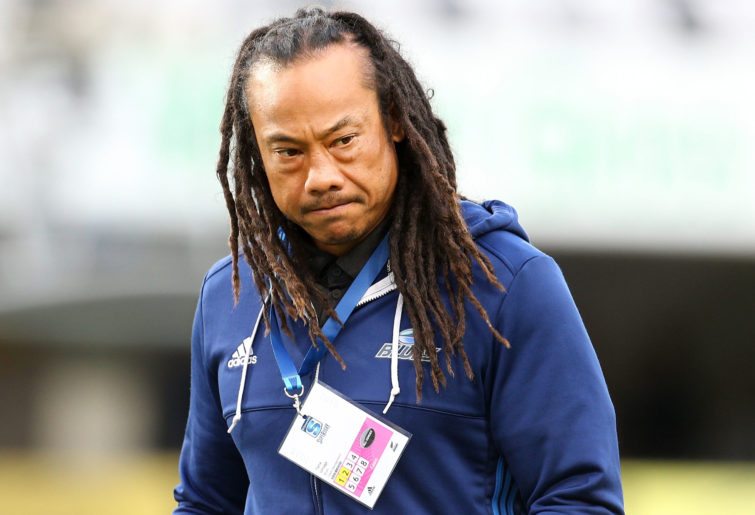 Crusaders only won two games of their last five, and it is not the way you want to approach the finals, but then the Rebels do not want to qualify to avoid bankruptcy.

The Australian derby is difficult to predict but I prefer the hosts although the Brumbies burned me many times this year. The Lions in Ellis Park in a match not to be missed.

Stormers will beat the Japanese. And Jaguares will have the chance to clinch the conference in a very difficult match against the desperate Sharks in Buenos Aires. What will be prevail? History making or desperation?

SURE THING: We will see some pushing and shuffles in various games this round. Cards! Plenty!

Nothing I say now about this week matters! Digger has never not picked the “’Canes by plenty”! It’s just the rules; it has to happen every week. What is going on here?

And what happens if he’s right?! Will the world simply implode on itself? I can’t cope with this…

Highlanders… not the Blues… Crusaders easily… I just don’t know how to react. Shouldn’t this bombshell have come with a warning?!? “The following text contains disturbing revelations”?

The Brumbies to beat the ‘full strength’ Tahs… Stormers over the Sunwolves… Jaguares at home.

And I’ll pick the ‘Canes. Someone needs to…

SURE THING: Eighty Minutes of regret for Digger, and genuine fear of the inevitable – and rightly deserved – ridicule next week.

The Bulls are having a good tour but the Highlanders have been blessed with a kind, late rails run to the finals, if they’re good enough. It’s almost impossible to separate the Reds and Blues, and I expect the ref to have difficulty separating them as well. Blues by a whisker.

The Crusaders will be back to business, leaving the Rebels to put all their eggs into the final round basket. And surely it has to be the Waratahs at Parramatta – if only to see what happens at the selection table next week!

I like the grit the Hurricanes showed in Durban – more of that will see them get over the Lions. The Stormers aren’t as well placed as other teams but a win against the Sunwolves will help. And I’m tipping an upset in the final match – the Sharks are angry that last week’s fight was cut short, and will dish it up to the Jaguares, who already have a sneaky eye towards their home final.

SURE THING: Dane Coles will announce his retirement from rugby to take up a position with Barnum Brothers circus, as a human cannonball. He joins Curtis Rona, the magician with no arms, and tightrope walker Semi Masirewa.

This is the saddest season of Super Rugby. These dying conferences knotted tight, the twilight of the brave wolves who lost their sun, the winged migration north hereafter, moribund bank books, and the hell that was Folau-gate.

And yet, here we are, with only two teams excused. Everything to play for; perhaps even solvency.

Bulls plus Pollard equals a win. The Blues, surely? Right? Jeez! In this season of uncertainness, incertitude, effability … yes. Blues. The Rebels will continue their great unravelling. The Tahs, too. The brutal Brumbies by a mile. The Lions roar again. And the fickle Stormers by a point or two.

But wait! Over in South America … what’s that sound? It’s the thud of the boot of the Bosch kicking the winner from 55 metres!

SURE THING: A du Preez will punch somebody in the face.