Congratulations! We’ve made it! 18 rounds of matches, of highs and lows, of knowing without a doubt that this season will be the one and of wondering why you even bother.

But after all of that, the finals are here and eight teams still have their dreams intact while eight others are wondering where it all went wrong.

There’s still lots of rugby to be played in the season and a whole lot of chat needed to discuss each finalists’ chances of glory. But for now, let’s focus on this final weekend and all that it had to offer.

What a fantastic round!
First of all, let’s acknowledge this round for what it was – incredibly entertaining and so good to follow. Going into it, the top four spots in the finals were locked in but the other four spots were all up for grabs and that made for some great games.

From the very first match of the weekend where the Highlanders came out all guns blazing and tore the Tahs to shreds to the final games in South Africa where the Bulls spanked the Lions and the Sharks scored in the final seconds of the match to secure their spot in the knock out stages, this round was hard to take your eyes off.

With teams like the Crusaders and Hurricanes being certain locks for the Finals for weeks now, it’s been so important that the competition bring some level of climax to proceedings.

If the finals can continue to deliver in a similar style then we’re in for a treat. Of course, the question for next season is how can Super Rugby deliver like this week in, week out from Round 1.

What now for the Rebels?
Can anyone explain what on earth has happened to the Rebels? In the opening three rounds they picked up three good wins and all the expectation looked like it might actually be lived up to as the Melbourne team made their first Finals.

Over the next 13 matches they won only four more and in the past few rounds have looked absolutely terrible. Against the Chiefs on Friday far too many of the team played like they were amateurs and the New Zealand side piled on try after try. In the past three games, the Rebels have conceded 145 points – that is incredible.

Now if that sentence had been about the Sunwolves then it might not have been that surprising but look at the names in the Rebels team, and especially their backline, and the fact that they have yet again missed out on the finals and have been so easy to beat in the second half of the season and it starts to raise some serious questions. On Friday Quade Cooper, Reece Hodge and Dane Haylett-Petty – all players fighting hard for international honours – were awful.

Worryingly those questions go beyond just Melbourne. As mentioned there are plenty of big names in their team, names that will likely be seen in Wallabies jerseys at the World Cup. That’s not good news for any Australian rugby fan.

So what has gone wrong at the Rebels and can they turn things around next season? It’s an old saying but defence is all about culture and when you look at how many points this team concedes you have to wonder.

The question is this – is it just that it’s going to take another off-season to form the culture that this club wants? Or is there a bigger issue here that not even the best offseason in history can fix?

Now, of course, we all have off days, but Cooper has been out of form for a while now and if you’re thinking about who you want to step into the pressure cooker of a key World Cup match you certainly aren’t picking the Rebels fly half right now.

With Bernard Foley being rested this week and Cooper self-destructing, it looks like the Tahs man is going to keep his Wallabies starting role. Let’s be clear, Foley hasn’t had a great 2019 either so far but he’s been the least bad out of these two and as such will likely continue his role with the national side. 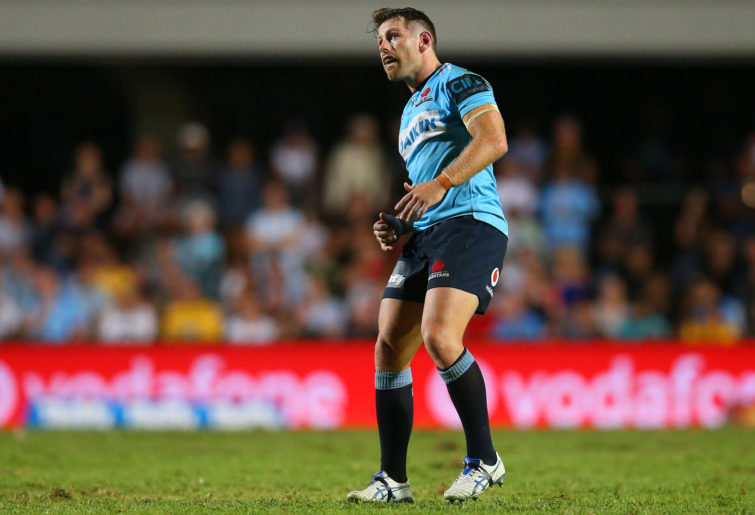 Waratahs will be pleased it’s all over
Speaking of the men from NSW, you wouldn’t be surprised if there was part of them that was glad that it is all over for them. They’ve had a truly disappointing year on and off the pitch.

Against the Highlanders, on Friday they were just so blah and were as blunt as a piece of cheese. It was a game where the Tahs had to win with a bonus point to stand any sort of chance of making the finals. But from the opening minutes to the final siren they were just poor all over and never ever looked like they even believed themselves that they could make the finals or deserved to be there.

Interestingly, the off-field dramas from this season could well provide some cover for what has been going on on the field. That would be a terrible shame as there are clearly some critical issues with the way that the Tahs prepare and play, and they need to be honest with themselves and shine a very bright torch on all aspects of their club this off-season.

If Daryl Gibson continues to coach another season at the Tahs, then it might be worth medical researchers analysing him as he has the most incredible ability to survive in the most apparently deadly wounds.

Hurricanes fight back is impressive
The Hurricanes have had a finals spot locked down for a while now and them beating the Blues at home is not exactly surprising news. However, when you look at the way they did it and the circumstances then it’s fair to say that the Canes are looking like they could be a real threat to the Crusaders title retention plans.

The Canes rested many of their first choice stars including both Barrett brothers and powerful try machine Ngani Laumape and at half time it was looking the Blues might steal a special victory. The Canes were 19 points behind their conference rivals and with so much experience missing it was hard to see how they were going to come back.

But come back they did and over the next 40 minutes, they stopped the Blues from scoring another point while picking up 24 of their own and gaining an unlikely win.

This weekend has gone very well for the Canes – they’ve allowed some of their most important players to get some rest before going into the finals and they’ve shown that they have strong levels of resilience when they need it. Not a bad way to charge into a finals campaign.

A season to forget for Australia
Whether it was blind hope or well-considered insight, there was lots of talk at the beginning of the season about how the Australian teams could go well in 2019.

The Rebels had a back line to die for, the Brumbies were starting to show signs of making Canberra a fortress and the Tahs were full of Wallabies. Sure the Reds were still on this rebuilding path but there was lots to be excited about.

18 rounds later and the whole thing has fallen to pieces. Rugby Australia have fired their biggest star and might yet ban one of their top front rowers, the Rebels have turned into a basket case with more holes than, well a shopping basket and the Tahs have failed to deliver yet again.

The Reds delivered about what you’d expect but then not too much was expected to be fair. Crowds have been poor and in recent news, Rugby Australia have also been embarrassed by being found out to be trying to lure an NRL star and were reminded by their CEO to keep their hands off.

The only real positive has been the Brumbies who have stormed into the finals having played some wonderful rugby and become a team that others genuinely fear.

So what on earth has gone wrong? The culling of the Western Force was meant to make the Aussie sides more competitive and yet there will be just one in the quarter-finals next weekend.

There is still time to turn this around. The Brumbies could make the decider and the Wallabies could still pull of a shock in the Rugby Championship and World Cup. But does anyone really believe those things are all going to happen?

Looking ahead to the finals
Yes, the Crusaders are still the favourites but there are some really good teams who are in flying form right now who are going to make the Crusaders fight harder than ever for the title. The Jaguares are going to be tough to stop, especially if they are at home and the Brumbies have developed an all-round game that can cause any opposition team sleepless nights.

You have to say that the eventual winner is unlikely to come from the bottom four of the finalists. While their efforts to make the quarters have been valiant – especially the Sharks win in the final seconds on Saturday – it’s hard to see them being able to turn over the best teams in the competition on those teams’ home grounds.

Let’s hope that the finals continue in the same vein of this final round – if they do then we’re in for some incredible rugby over the next few weeks!