First things first, I need to let you know that I’m a Lakers fan.

In a script fit for Hollywood, the Los Angeles Lakers have pulled off a Brobdingnagian move, teaming one of the best players in the League, Anthony Davis, with a challenger for the greatest ever title, LeBron James.

In doing so, the Lakers have rocketed into favouritism with bookmakers to win the 2019-20 NBA championship.

Davis, the number one overall selection in the 2012 NBA Draft, ranked in top ten for scoring and rebounds overall, and top ten for assists when assessed against power forwards and centres in the season which resulted in the Toronto Raptors winning their first championship.

The 2018-19 season was one to forget for the Lakers due to poor on-court performances, injuries, and off-court dramas, ending James’ phenomenal record of reaching eight consecutive NBA Finals.

Lakers General Manager Rob Pelinka knew that for the franchise to be considered a serious contender, he had to send a tremor through the NBA, and he came up with one which would make film and TV producer Jerry Bruckheimer proud.

Pelinka achieved exactly that. However, great things are expensive. But then, high risks can bring high reward.

In exchange for the six-time NBA All-Star and perennial MVP candidate, the Pelicans will receive up-and-comers Lonzo Ball, Brandon Ingram, Josh Hart, and three future first-round draft picks including the number four overall selection in this week’s NBA Draft. The trade, which is a win-win for both franchises, can’t be finalised until July 6.

Once the deal becomes official, the Lakers will have just five players signed for the upcoming season: LeBron, Davis, Kyle Kuzma, Moritz Wagner and Isaac Bonga. 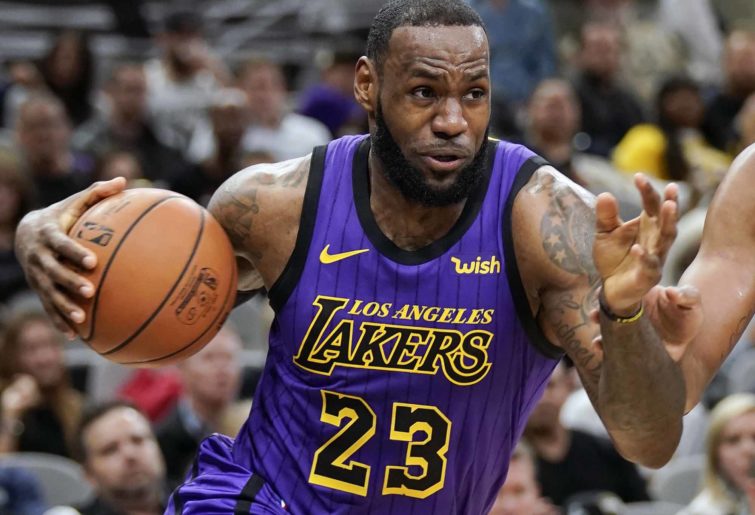 The focus however will be and should be on Kyrie Irving (Boston Celtics) or Kemba Walker (Charlotte Hornets) due to a need at the point guard position after losing Ball.

Despite the romantic element of a reuniting between Irving and James, the odds are against the Lakers attracting his signature. However, there is some optimism.

In another move which makes the Nets-Irving combination favourable, is that Irving is on the verge of changing his representation and signing with Roc Nation Sports, a talent agency business founded by Jay-Z.

The rap music legend is a former part-owner of the Nets, only selling his share in the franchise to enable him to represent NBA players as per league rules. Think about this: sports agent Rich Paul, who represents Davis, also represents long-time friend James. Connections are a big thing in the NBA. 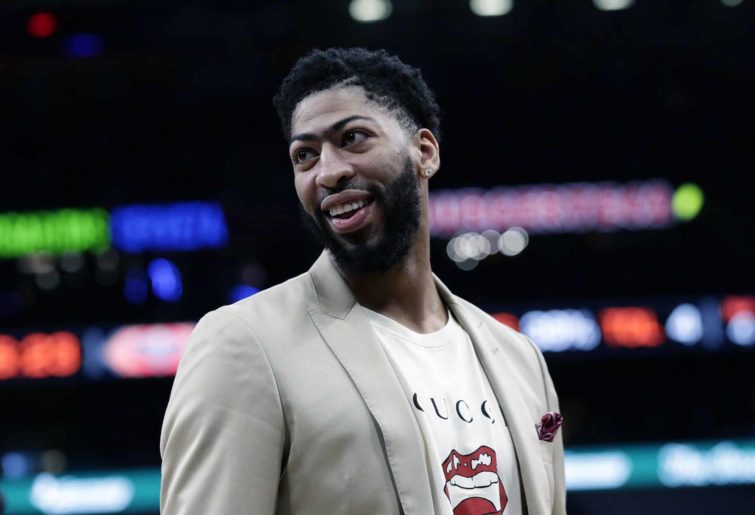 Tony Davis is off to the Lakers. (AP Photo/Eric Gay, File)

Respected NBA analysts and journalists in the know, have reported Irving’s desire to head to the Nets. Nevertheless, he has changed his mind previously.

“I have every intention of signing with Boston next year. I do have a dream of putting my No. 11 in the rafters one day if I’m so blessed to do that. I’ve worked my tail off, obviously a lot of great players have come before me, but to throw my name in Boston Celtics tradition and history is something I’m glad I can do. And I’m planning on doing so.”

There has been ample articles of Irving linking with Durant in a Nets or New York Knicks jersey. What impact will Durant’s serious injury (ruptured right Achilles tendon suffered in game five of the NBA Finals) which will see him miss all of next season, have on Irving’s decision?

Again, Irving to the Lakers, there is still hope.

The more probable signing is that of Charlotte Hornets All-Star point guard, Walker. The three-time All-Star is coming off his best season yet with averages of 25.6 points per game (12th in the league), 4.4 rebounds and 5.9 assists (26th in the league).

Walker recently stated that he was open to taking a pay cut to stay with the Hornets, which would enable Charlotte’s front office including the greatest of all time, Michael Jordan (majority owner), an opportunity to build a competitive team around him.

But, Charlotte has absolutely no chance to win the championship. The best outcome would be securing the sixth, seventh or eighth playoff spot in the Eastern conference, and then almost certain of being knocked out in the first round by the Milwaukee Bucks, Raptors, Philadelphia 76ers or the Celtics.

And, here’s the kicker. As the saying goes, if you can’t beat them, join them. Walker has never beaten a James-led team in 28 attempts (24 games in the regular season and four games in the playoffs).

Pelinka must have a high level of confidence of attaining Walker or Irving, further enhanced by having two influential recruiters in James and Davis. And, his pitch is relatively easy:

“Come to Los Angeles. Collaborate with James and Davis. Be mentored by Hall of Famer, and newly appointed assistant coach, Jason Kidd. Be our starting point guard in the 2019-20 NBA Finals. Become an NBA champion (a two-time champion in Irving’s case)”.

How does one say no to that?

It’s going to be a mouth-watering NBA off-season.

The Naismith Memorial Basketball Hall of Fame is set to bypass the normal election process and making the late Kobe Bryant the first inductee of the 2020 class.