The cold, hard reality that New South Wales must face going into State of Origin Game 2 in Perth this Sunday is that the series is almost positively already gone.

If they are to win the three game series, they must defy history.

Looking at the hard facts, Freddy Fittler really only has a Bradbury’s hope: He’ll need his opponents to fall over if he’s to win.

Why? Well, the numbers are bad.

Losing Game one of the State of Origin series is a really bad thing to do historically. Of the 34 series that have been won (the series were drawn in 1999 and 2002) 25 of them were taken out by the side that won the first encounter.

That’s 73.5 per cent of the time. So overall the Blues have only a one in four chance of prevailing in this series. Bookies love you wagering on those kind of odds.

However, that’s not the full story. Of the nine occasions when a side has come back from a one-nil deficit in the series to take the shield, nearly 80 per cent of the time it has been Queensland who have done it.

That’s most probably because State of Origin belongs to Queensland.

It doesn’t belong to New South Wales, who routinely play the role of the Washington Generals to the Queensland’s Harlem Globetrotters.

When the Blues have come back from a one-nil deficit there have been some pretty good reasons too.

The last time the Blues achieved the feat was fifteen years ago in 2005, when a fairly handy half by the name of Andrew Johns returned to the NSW team for the second two games.

While the future immortal had only just come back from injury ten days beforehand, coach Ricky Stuart rushed Johns back into the side in place of Brett Kimmorley and to help cover the injured Trent Barrett.

It was the right call.

John’s was the man of the match, orchestrating the Blues attack and defence in a manner that the jilted Kimmorley had been unable to. Johns went on with the job in game three, leading his side to a 32-10 victory at Suncorp Stadium.

While he was already regarded as a superb half before that series, his exploits in games two and three were arguably two of his finest ever performances.

Before that instance you have to go way back to 1994.

In all fairness to Queensland, NSW should not have lost Game 1. I was there that night at the Sydney Football Stadium, on the eastern side in Row E of Bay 37.

While much of that night was a total blur, I remember it was Row E clearly as myself and two of my already heavily intoxicated associates – all having had quite the well lubricated Murrays bus ride up the Hume – had an animated debate with the people in Row EE about being in our seats.

Up to the 74th minute that heated interaction (which ended with our embarrassment, sincere apologies and scurrying off to join our bus load of comrades who had been yelling to try and get our attention the whole time) had been the most eventful part of the evening.

The Blues had been leading 12-4 with six to go and were controlling the game. A Willie Carne try in the 75th minute put some interest back into the game but clearly the Maroons had too much to do and too far to go.

Truth be told I only remember two things from that night because of my alcohol addled state: the argument in Row EE and the Mark Coyne miracle try – or rather its aftermath.

As a Raiders fan, and ACT born and bred (the ACT is not part of NSW – check the Constitution of Australia if in doubt), I had a foot in both camps.

However, Mal Meninga and – one of my all-time favourite players – Steve Walters played for Queensland. I wished them nothing but good.

In fact, that night I was wearing my circa 1990 official Canberra Raiders Video Ezy lime green with the number nine on the back and the great Boxhead’s signature on the shoulder.

When Big Mal got that second last touch I thought he’d go all the way and I involuntarily stood up and loudly yelled “MAAAAAAAAAAALLLLLLLLLLLL!”

Seconds later Row E of Bay 37 on the eastern side of the SFS was inundated with beer, water, cups, carrying trays, pieces of pie and hot dogs and lord knows what else. Detritus, filth and abuse rained down upon my highly aggrieved comrades and myself.

I suspect my ‘friends’ up in Row EE joined in too.

The current state coaches faced off on the field in that famous game, with Kevin Walters one of the many Queenslanders who handled the ball in the last play of the game, and Fittler the tackler who was unable to stop Coyne’s desperate lunge for the line.

For Game two at the MCG NSW welcomed back a rather handy defensive pairing in Brad Clyde and Brad Mackay. They allowed just two more tries to be conceded in the ensuing 160 minutes of football.

Those are the only two times out of the 19 when NSW have lost Game 1 and gone on to win the series. That’s just 10.5 per cent win ratio when one down. You could say that it’s as common as a blue moon. Bookies really love you betting on odds like that!

And those aren’t the only really crappy statistics facing Fittler’s Blues either. An established fact is that settled sides more often than not win the series.

At the conclusion of Game 2, NSW will have already used 24 players to Queensland’s 19. For Queensland both the changes – Joe Ofahengaue and Jai Arrow – have been forced through injury.

Walker may be the 54th New South Wales representative to only play a single game. After Game 2 Queensland will only have 19 players with that honour. They don’t like to shuffle the deck chairs too much north of the Tweed. While down south they can’t seem to help themselves…

However, not everything is against Freddy Fittler and his boys. The chances of the series going to a decider in Sydney on 10 July are about even. 19 of the 36 series to date (52.8 per cent) have gone to a deciding game. 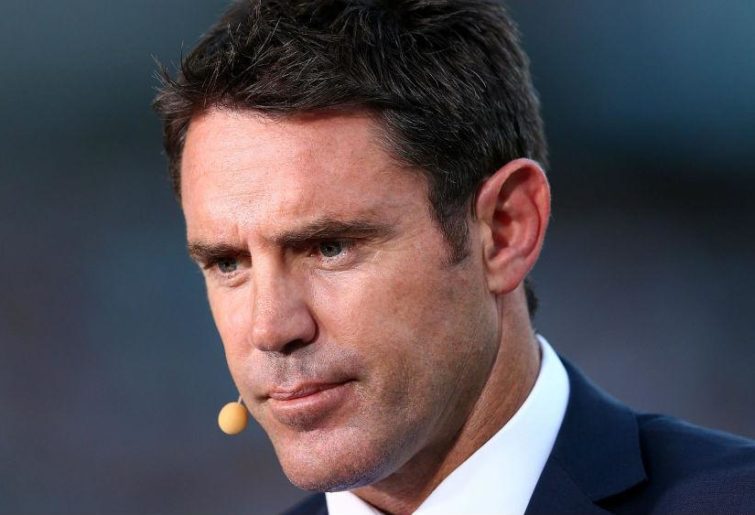 And if New South Wales can get back to Sydney on even terms for Game Three in July, and they can stay upright and in the race, maybe – just maybe – the Maroons will fall over.

But I’m not putting my hard earned on it…