The fixture was a must-win game for the West Indies. If they lost, then their hopes of qualifying for the playoffs would be done and dusted.

On the other hand, the Kiwis came into the game after a tense game another tense World Cup game against Southern Hemisphere rivals, South Africa.

New Zealand, did not lose a game heading into the fixture. A win over the Windies would most likely guarantee them a spot in the World Cup semi-finals.

The game was an all-time classic, that did not disappoint the estimated 23, 000 people in attendance at Old Trafford, Manchester.

The West Indies won the toss and elected to bowl. They got off to a great start through the characteristic left-arm pacer, Sheldon Cottrell.

Cotrell snared both New Zealand openers for golden ducks. He got Martin Guptill, leg before off the first ball of the match and Colin Munro clean bowled off the fifth ball of the first over.

The New Zealand captain, Kane Williamson was already at the crease in the first over of the match and needed to pull off a rescue act for the again Blackcaps. The scorecard read, 2/10 after the first over.

New Zealand accumulated their way to 50 in 15 overs. With the steady accumulation of runs, star batsman Kane Williamson and Ross Taylor brought up their fourth 150-run partnership, made off 194 balls.

Ross Taylor departed for 69 off 95 balls in the 35th over. Chris Gayle picked up the wicket and Jason Holder took the catch. Chris Gayle went past Courtney Walsh’s record for the most wickets by a West Indian bowler against New Zealand in ODIs.

Kane Williamson continued his sublime run in the tournament notching up his 15th ODI ton and his second of the tournament. Williamson became the 11th batsman in World Cup history to score back-to-back World Cup hundreds, swatting Kemar Roach for four down fine-leg for four. Sheldon Cotrell dismissed the out-of-form Tom Latham for 12. 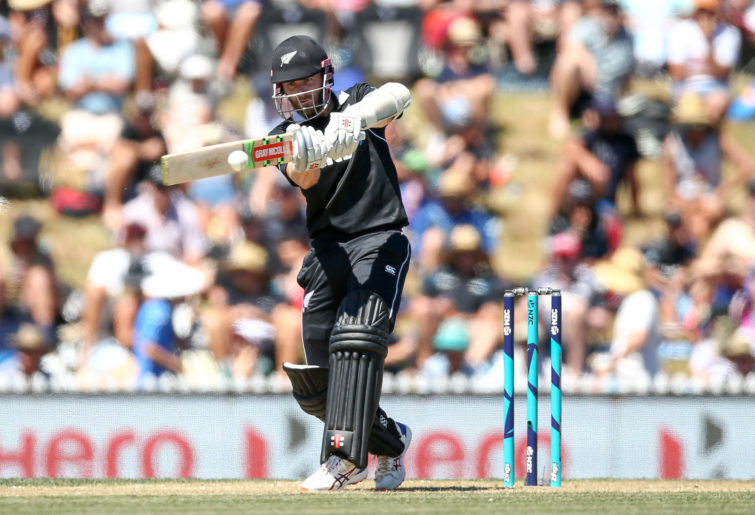 The accolades kept coming for the Kiwi captain Williamson. He now has the record for most runs in a World Cup without being dismissed, reaching 333 runs without having his wicket bothered.

Sheldon added another wicket to his tally as he ended Williamson’s brilliant innings of 148 off 154 balls.

Cotrell manufactured a run-out and two consecutive catches, completing a memorable day in the field. New Zealand finished the innings at 291/8 off their 50 overs, spanking 92 runs off the last 10 overs.

The West Indies needed 292 off the allotted 50 overs. The men from the Caribbean required a solid start and unfortunately for them, they got off to a shocking start.

Trent Boult dismissed both talented youngsters, Shai Hope and Nicholas Pooran for 1. The West Indies were 20/2 and New Zealand were clearly on top.

However, Chris Gayle and Shimron Hetmyer had other ideas. The pair added 122 in rapid time.

Gayle was dropped three times, and it looked like New Zealand were going to get blown away by some amazing Calypso batting. Hetmyer and Gayle played some powerful and flashy shots. The New Zealand bowlers looked out of sorts, especially Matt Henry.

The initial game-changing moment came in the 23rd over, when express pacer Lockie Ferguson broke the deadly partnership between Gayle and Hetmyer.

Ferguson dismissed Hetmyer with a slower ball for 54. The West Indies collapsed from 142/2 to 164/7 within four overs.

Jason Holder went for a golden duck when he nicked the ball to Tom Latham. Colin de Grandhomme got the big wicket of Chris Gayle. Trent Boult completed the catch. Then Trent Boult came back to get rid of Ashley Nurse and Evin Lewis with bouncers.

The West Indies looked like they were going to be dismissed for a score under 200. That was until Carlos Braithwaite smacked a brutal knock of 101 off 82 balls.

In that knock, Braithwaite hit nine fours and five big sixes at an astonishing strike rate of 123.17.

The majority of the estimated 23, 000 people in attendance at Old Trafford were cheering Braithwaite on. Braithwaite batted really well with the tail and manufactured three vital partnerships of 47 with Kemar Roach, 34 with Sheldon Cotrell and 41 with Oshane Thomas.

The wicket of Roach was the only highlight for Matt Henry, as he leaked runs at a rate of 8.44 per over. Braithwaite pummelled Henry for 25 runs in the 48th over, leaving New Zealand with eight runs to defend off two overs.

All-rounder James Neesham bowled the 49th over of the West Indies innings. Braithwaite got two runs to bring up his maiden ODI century.

Unfortunately for Braithwaite and the West Indies, they fell short by just 5 runs. He went for the glory shot and was caught on the ropes by Trent Boult.

Braithwaite was on his knees feeling dejected. The Kiwi players consoled Braithwaite. It was a wonderful sporting gesture by the Kiwis, and the picture of that particular gesture has gone viral.

This game will go down as one of the greatest World Cup encounters of all time. In addition, this game definitely ranks as the best game of the tournament till date. The game featured many great performances from both sides. 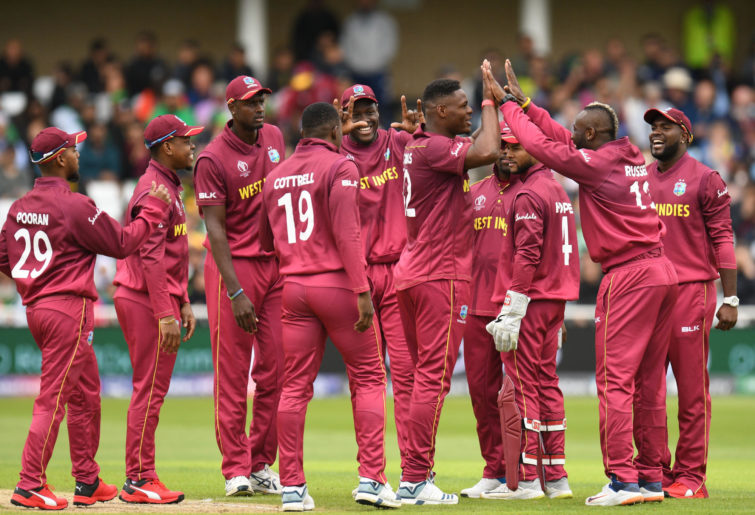 It went from celebration to commiseration for the Windies. (Oli Scarff/AFP)

Williamson received the man of the match for his brilliant ton, but Braithwaite stole the show with some brilliant hitting.

Three thrilling games in a row at the 12h edition of the ICC Cricket World Cup, including the England-Sr Lanka and the Afghanistan-India games.

There were two memorable games in one day. What else could a cricket fan ask for? Hopefully, there will be more classic World Cup encounters in the coming weeks.