Finally, football in Australia is again on the up

Whisper it quietly around a code that has lurched from crisis to crisis in recent years, but there’s suddenly an air of optimism as the new A-League season dawns.

So Sydney FC and Melbourne Victory are out of the FFA Cup?

Where once that might have sent Football Federation Australia into paroxysms of displeasure, there’s a sense it’s no longer the end of the world.

And it’s amazing just how beneficial a change in attitude can be.

Brisbane Roar are a case in point. Having in the past treated the FFA Cup as nothing more than a pre-season nuisance, new coach Robbie Fowler has made it clear that phoning it in is no longer an option.

I trundled out to Leichhardt Oval on Wednesday night and I wasn’t surprised to see Fowler’s new-look Brisbane side down Sydney FC with relative ease.

Not because I’m some sort of clairvoyant – my form in The Roar’s tipping comp last season is testament to that – but mainly because I’d already seen a couple of Brisbane’s games this season.

Unlike some of the online critics who seem to base their most strident criticisms on little more than a gut feel and a few out-dated stereotypes, I had actually watched Fowler’s team go around before they saw off the Sky Blues.

So I already knew Tom Aldred would skipper the side on the night, that Jay O’Shea looks a handful and that bringing Brad Inman back to Australia could prove a masterstroke.

And I also knew how desperate Stefan Mauk was to crack the starting side. 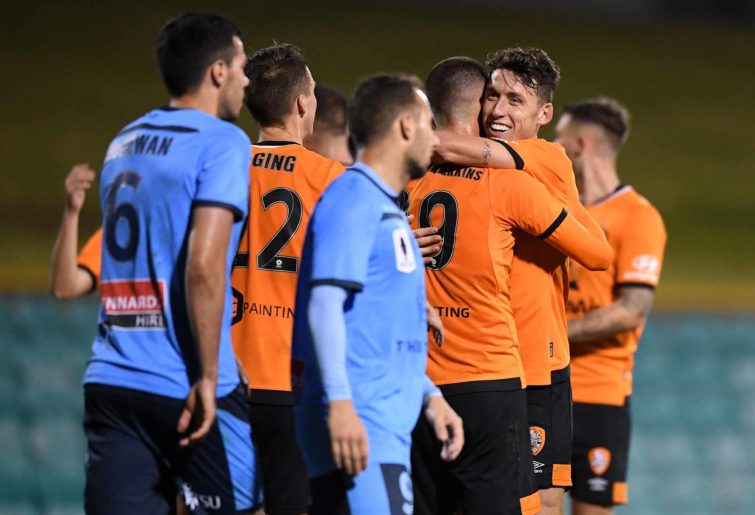 That much was obvious when Mauk came on as a substitute and was crunched by two late tackles in a recent friendly against NPL side Brisbane City, prompting the midfielder to respond with his most raging angry ant impression.

Such was Mauk’s outrage at twice being poleaxed that he looked in real danger of being sent off in an otherwise nondescript friendly.

Yet I watched Fowler’s reaction on the touchline and he was cool as a cucumber.

And that calmness is translating to his players on the pitch judging by Brisbane’s methodical take-down of a Sydney FC side that likewise wanted to win the tie.

Brisbane Roar will be tough to beat this season – but of course the story everyone’s really excited about is the release of the fixture list.

Was it worth the wait? You bet.

More so for the fact that it finally signals the countdown to the start of the new campaign than anything, although there are of course some obvious attractions.

There are more afternoon kick-offs and what seems to be a renewed focus on no longer making it as difficult as possible for fans to actually attend games.

Who’d have thought making some smarter decisions might actually lead to an injection of confidence around the game?

Cliché or not, there’s no denying this is a make or break season for the A-League.

Not only do officials need to arrest the dramatic decline in interest in the league, they somehow need to win back some of the fans who seem to have disappeared off the face of the earth.

A sensible, well-thought-out fixture list is the first step towards doing that.

And allowing an independent A-League to make decisions that benefit the fans as much as the game’s broadcasters also plays a role.

The next step will be to build a bridge with active supporters and try and rekindle some interest on the terraces.

Let’s try not to jinx it, but things are looking up for Australian football.