Why the AFL could benefit from wildcard finalists

The AFL’s current final-eight system was introduced nearly 20 years ago, and although the league would be guilty of adding another Americanised element into our national game, two wildcard positions and the addition of a standalone wildcard round during the bye week before the finals must be considered in the near future.

There’s a total of 18 teams in the AFL with the inclusion of two new expansion clubs in the last decade, which gives sides less than a 50 per cent chance of making the finals. The AFL is also getting more professional year by year and more money is getting poured into the competition, thus applying more pressure onto each team to achieve at very least a finals spot.

The word ‘finals’ may be one of the most important words to an AFL club and coach. Just recently Fremantle’s Ross Lyon lost his position as head coach, the and the reason given for his sacking was that he hasn’t led Fremantle to the finals for four years in a row. Given Ross Lyon’s resume, most people wouldn’t consider him a bad coach.

Alan Richardson and Brad Scott are both coaching casualties due to the teams they were in charge of, St Kilda and North Melbourne respectively, not meeting finals expectations. 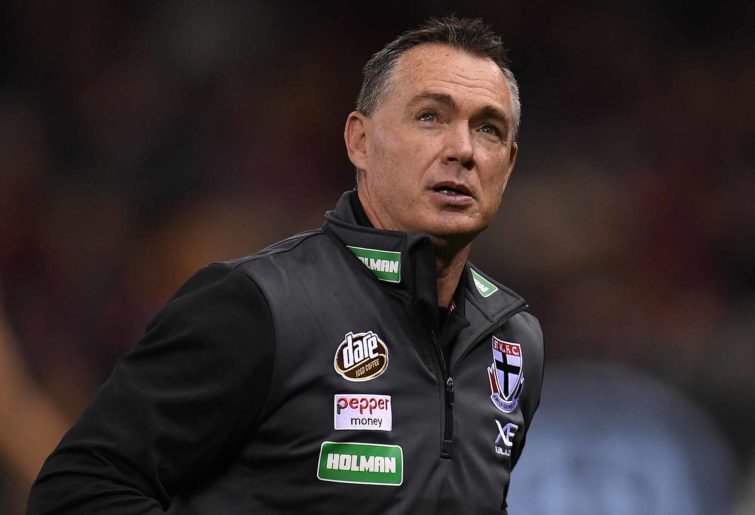 The coaches of the two Adelaide club, Ken Hinkley and Don Pyke of Port Adelaide and Adelaide respectively, are also copping ridicule and potentially face termination if they don’t make the finals. John Worsfold of Essendon has been in the hot seat for weeks due to the risk of his club not appearing in September.

Every year more people are losing their jobs for not meeting the finals requirement. It goes without saying if you’re not in a ‘rebuilding phase’, you have to make finals, and sadly there are only eight spots and usually ten or 12 pretty good teams.

Successful coaches are losing their jobs because the task of making the finals has become more difficult than ever and the demand to make finals is as high as ever.

The addition of two wildcard spots at ninth and tenth on the ladder will increase the chance of all deserving teams making the finals as they will have to defeat the seventh and eighth-placed sides respectively to do so. It would more than likely keep the jobs of coaches and would reduce the turnover of players and staff. It would also make the regular season much more exciting and more meaningful for clubs that before wouldn’t have had enough wins for the finals, thus making the AFL an even stronger competition.

Port Adelaide, Adelaide, North Melbourne, Fremantle and Hawthorn have all shown glimpses of being a finals contenders in 2019, and if they had results go their way, they could easily have been in a finals position.

Past and present players have talked about the mental health consequences of the pressure of expectation, so don’t you think making the finals more achievable could ameliorate these negative feelings?

A standalone wildcard match would be one of the games of the season that you just couldn’t miss, and I’m sure it would attract a sell-out crowd

The AFL may receive some criticism for adding another Americanised element to the game and changing the fixture’s format, but we should learn from some aspects of sport in America and realise it’s time to take action and include wildcard positions into our competition sooner rather than later.