Round 23 NRL gets underway with an intriguing Thursday night match up between old rivals Parramatta and Canterbury.

Parramatta are chasing a fifth straight win and Canterbury their fourth win on the trot, a sentence I never thought would be written in season 2019.

Brad Arthur’s Eels sit sixth on 28 points and a +51 point differential. They’re breathing down the necks of Souths in fifth and Manly in fourth. A Thursday win will see them move into fourth spot and the double chance, with Manly and Souths still to face tough assignments away to Canberra and Brisbane respectively.

After a forgettable 2018 campaign which saw his side finish with the wooden spoon, Arthur has his team back scoring points and quietly going about the business of winning.

Prop Junior Paulo is welcomed back this week after recovering from a rolled ankle. Daniel Alvaro will move to the bench and Tepai Moeroa to the reserves.

Dean Pay and his Bulldogs have had yet another up and down season. They’re 13th on the table and -166, the second worst points differential behind the deplorable Gold Coast Titans.

Canterbury have won their last three and make their opponent work no matter what, but it’s hard to think of 2019 as anything other than another wasted season for the Dogs. Their current 8-13 record looks almost miraculous when you consider they were 3-11 after 14 rounds. 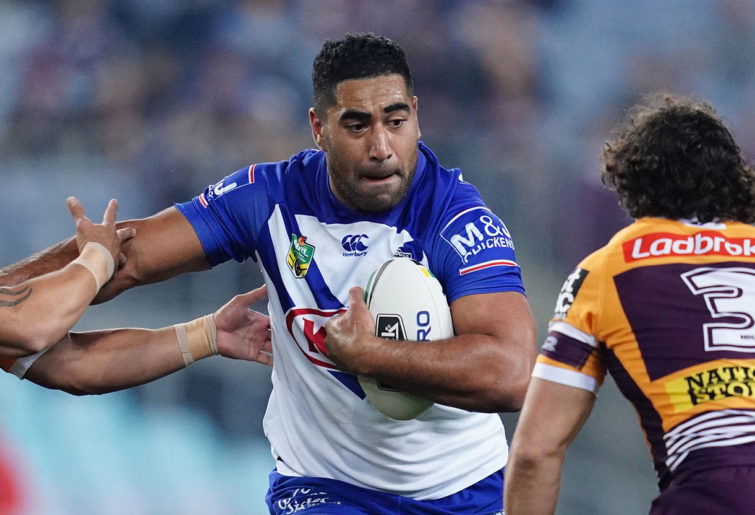 Danny Fualalo of the Bulldogs. (Photo by Cameron Spencer/Getty Images)

This turnaround has included wins over Newcastle, Penrith and Souths, all teams with finals designs. It’s easy to get excited about the new lease of life but one can’t help but think of the similarities to 2018, where another woeful start was papered over by a decent run of form.

Last year the Bulldogs won four of their last six and finished among the also-rans rather than in the basement.

Pay is happy to roll on with a winning team, naming the same 17 who beat Souths last weekend.

These teams last met in Round 2 at Homebush and after Canterbury took off to an early 10-0 lead, the Eels peeled off 30 points unanswered to eventual win 36-16. Clint Gutherson and Blake Ferguson both scored a double,

In the last ten outings it’s 6-4 Parramatta’s way and that includes wins in six of the last seven meetings.

For the vast difference in points differential between these teams, Parramatta’s defence has only conceded 14 points less than Canterbury (428 to 442). What’s killing the Bulldogs is an inability to put pressure on the scoreboard, with their 276 points scored far and away the lowest in the NRL.

Much maligned Parramatta halfback Mitchell Moses is having a whale of a season, leading the NRL for try assists (24) and kick metres (8.11 kilometres worth). He’s also kicking for goal at 82per cent which has been the difference for a lot of clubs this year.

Winger Maika Sivo has been loving the work of Moses on his way to 16 tries, third most in the NRL and only one try behind Sydney Rooster Latrell Mitchell.

There’s not a lot of joy for Bulldogs fans who check the statistics. They’re scored the fewest tries (48), second fewest line breaks (59) and they’re dead last for try assists (36). They’re also second for missed tackles (36 misses each game), but Parramatta give a lot of free passes too (34 misses per game, third most in the NRL).

One silver lining is that Canterbury are level with Melbourne for the fewest errors (196). This could be because the Dogs are defending most of the time, but I digress. The Eels make on average 11 handling errors a game, the Bulldogs eight. With rain forecast for Sydney, ball control is going to matter even more than usual.

Prediction
There’s two unlikely fairytales riding on this game. Parramatta can make the top four if they keep winning, and believe it not if the Bulldogs win their remaining three games and receive a biblical amount of luck, they can make the finals.

Those thoughts of a Bulldogs miracle will end tonight, but at least they’ve made a big improvement from how their season started.

Eels by a little bit.

Canterbury have endured their least potent start to a season in 56 years, scoring just 24 points in their opening three losses ahead of Kieran Foran’s return. The Dogs need Foran to make an immediate impact on his return next week as they try to fix their worst start to a season in attack in […] 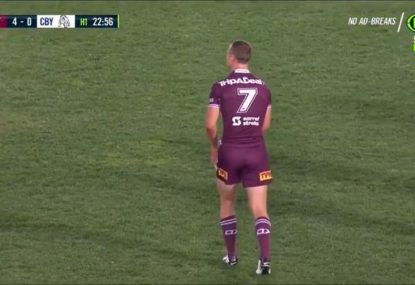