Another Ashes Test, another incredible match, and another Australian loss.

Tim Paine’s men had the best chance of any Australian side to retain the urn on English soil for the first time since 2001, but a combination of Ben Stokes brilliance and a few missed chances has ensured the series is still alive.

Here’s how the Aussies rated at Headingley.

David Warner: 6/10
Warner’s scrappy half-century in the first innings was an excellent knock, made only better by his lean run of form and the complete lack of other contributions from the rest of the side – Marnus Labuschagne aside. Caught well at slip, too, but was once again pinned down by Stuart Broad in the second innings.

Marcus Harris: 3
Hard to be too harsh on Harris, given how tough the going was for all openers this match. That doesn’t excuse his second-innings dismissal though, a far-too-aggressive cover drive to Jack Leach’s first ball out of the rough. Also dropped an admittedly difficult catch which would have won the game on Day 4.

Usman Khawaja: 3
If Khawaja’s dismissal in the first innings was poor luck, in the second it was just a poorer shot, made worse given it came after he’d done the hard work to get himself in. The left-hander is in serious danger of being dropped for the next Test to accommodate for Steve Smith. 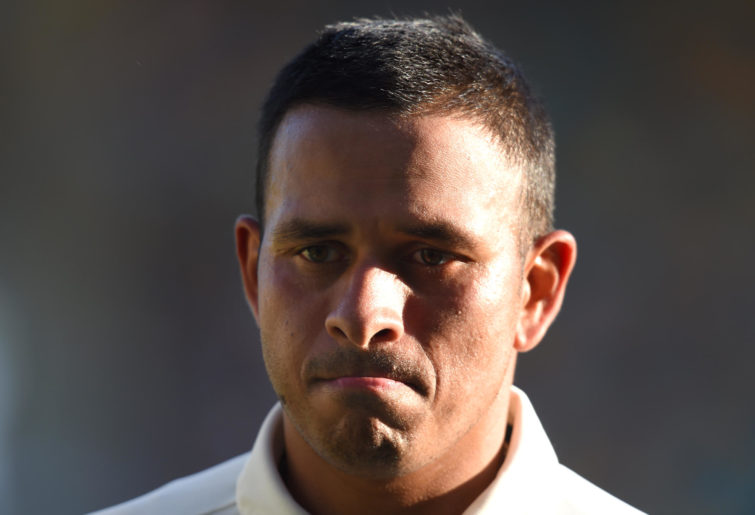 Marnus Labuschagne: 9
A maiden Test hundred remains out of reach for Labuschagne, but he was nonetheless brilliant at Leeds, top-scoring for Australia in both innings. Didn’t need to force the pace as much as he did when running himself out on Day 3, not that that will stop him from keeping his spot for the fourth Test.

Travis Head: 4
Made fewer runs than Harris and Khawaja, but that’s to be expected when you consider the deliveries which were Head’s undoing. The ball from Stuart Broad, in particular, was unplayable. Otherwise, Head showed his usual application at the crease, and his sharp work to run out Jos Buttler put Australia in the box seat to win on the last day.

Matthew Wade: 4
I still don’t know how Jofra Archer got the ball to trickle down onto Wade’s stumps in the first innings. That unfortunate dismissal was followed by a good knock in the second, ended only by a perfect bouncer from Stokes which followed Wade. Will likely keep his spot in the side, but needs a score in Manchester.

Tim Paine: 2
Another poor game from the skipper. Eleven runs for the match isn’t enough, and his use of Nathan Lyon early on Day 4 left something to be desired. Burning Australia’s last review on a hopelessly desperate lbw shout which had clearly pitched outside leg, only to need it moments later to overturn another Joel Wilson howler, cost Australia the match. But it’s worth saying that, had Wilson raised the finger, we’d all be praising Paine’s decision to bring Lyon on in the dying overs.

James Pattinson: 5
Only three wickets for the match for Pattinson, who wasn’t quite at his best. A couple of loose overs with the new ball on Day 4 allowed Stokes and Jonny Bairstow to get going and put Australia under pressure, but the Victorian otherwise offered good control.

Pat Cummins: 6
Cummins was outstanding in the first innings and bowled the ball of the series in the second to get rid of Jason Roy. But he went wicketless for the rest of England’s chase, and was the most expensive of the bowlers. 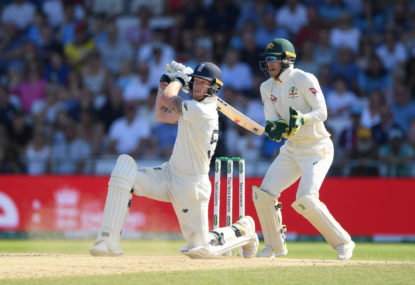 Nathan Lyon: 4
Hardly needed on Day 2 when the quicks skittled England for 67, Lyon was only able to manage two scalps on the final day when the pitch was offering a bit. Also fumbled the ball with an Ashes-winning runout begging – an uncharacteristic error for such a good fielder. All that said, though, he should have had the winning wicket when he trapped Stokes late in the day, only for Australia to be out of reviews.

Josh Hazlewood: 9
The pick of the bowlers, and by some distance. Hazlewood was at his best for most of the game, finishing with nine scalps. His ability to hit a perfect line and length over and again found England’s batsmen wanting, and Headingley won’t be the last time this series he causes them headaches.