Newcastle will make their home ground a fortress again

Do you remember the days when teams that travelled to Newcastle feared the trip knowing they’d have to take the game down the wire to have a chance of winning?

This year Newcastle won six of 12 home games, the first time since 2014, when they won seven from 12, they’ve won 50 per cent or more of their home encounters.

Even the home games they lost this year at Marathon – I still call it Marathon and always will, even though the ground is named McDonnell Jones Stadium – Newcastle took the game do the bell.

If we were to go over their home record of the last five years, we’ll see the difference.

The 2018-19 period represents a massive improvement. I’m not talking about two extra wins at home, which itself would be an improvement. It just goes to show just how much our players really want to play for the fans and the town.

As time goes on, our home ground will become a fortress again. Our record for most home wins in one season is 11, not including finals, so that means the Knights will have to win all 12 of their home games in the regular season to break that. It could happen one season, but I don’t know when.

We want to see our players giving their all every home game, and even in the matches they lost this year that’s what they done. However, of course we want them to win. The famous “New-cas-tle” chant makes us fans in the crowd the 18th man. We want teams travelling towards Newcastle shitting bricks knowing it’s going to be damn near impossible to come away with the win.

As the years roll on, Marathon will become a fortress once more. 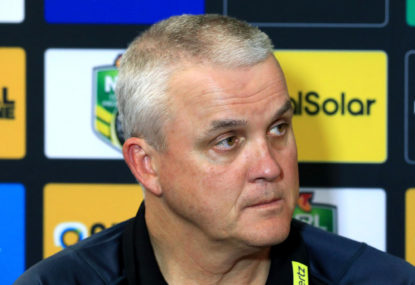