As the Tigers and Sharks prepare for Sunday’s win-and-in clash at Leichhardt Oval, there is a grand final-like aura surrounding the match.

Both sides will enter the game on 24 competition points, with Cronulla currently sitting in eighth by the virtue of their marginally superior for-and-against.

With the Broncos sitting above the sides in seventh, only one side will be eligible to play finals football in 2019 unless an unlikely draw occurs.

From Robbie Farah’s farewell to Aaron Woods’ return and Benji Marshall’s resurgence, this clash is full of theatre and will provide fans with drama aplenty. Here is a look at just a few of the key story lines set to come to life on Sunday afternoon.

Drought breakers
For the Tigers, Sunday’s game presents an opportunity to end their eight-year finals drought, which is currently the longest in the NRL.

Long-suffering Tigers fans haven’t seen their side play finals football since the debuts of James Tedesco, Roger Tuivasa-Sheck and Adam Reynolds, or since Ben Barba was awarded the Dally M Medal.

This pressure alone should be enough to spur the Tigers to victory this weekend. However, history is not on the Tigers’ side as they have finished ninth on five occasions since the formation of the joint venture in 1999, including two of the last three seasons.

Tigers fans will be struck with a strange sense of déjà vu when walking down Mary Street this Sunday, remembering a similar situation against the second-placed Raiders in 2016. Requiring a win to jump the Gold Coast Titans into eighth position, Jason Taylor’s men were trounced 52-10 in what many believed was Robbie Farah’s farewell for the Tigers.

The last time the Tigers participated in September action came in 2011, when two very familiar faces – Benji Marshall and Robbie Farah – were running the show alongside a host of talent including Andrew Fifita, Lote Tuqiri and Gareth Ellis.

The Tigers’ last round opponents that year? You guessed it, Cronulla, who they defeated 30-22.

The pressure
For the Sharks, the game presents an opportunity to salvage what has been a disappointing season so far.

Since their fairy tale premiership season in 2016, the Sharks have featured prominently in the finals in 2017 and 2018 but have not been able to replicate their efforts from three years ago.

The addition of Shaun Johnson had fans excited entering the 2019 season, but injuries and a number of close losses have crippled the boys from the Shire and placed them precariously close to missing the finals for the first time since their wooden-spoon season in 2014.

The pressure will be mounting on the Kiwi halfback, whose goal-kicking, along with Kyle Flanagan and Chad Townsend – has cost the Sharks dearly. Cronulla have scored more tries than their opposition and lost on five occasions this season – the most since the Bulldogs of 1975.

Ironically, only the Tigers have kicked at a worse percentage than the Sharks’ 69.79%, with Esan Marsters, Moses Mbye and Paul Momirovski combining for a lowly 69.70%.

Is Robbie playing?
Only adding to the grand final vibe of Sunday’s game is the uncertainty surrounding the status of Tigers hooker Robbie Farah, who will be retiring after the 2019 season.

Despite fracturing his tibia just four weeks ago against the Bulldogs, Farah has been named in the number 21 jersey for the Tigers alongside injured centre Moses Mbye. With no pressure to announce any squad cuts until Saturday, Michael Maguire will be tempted to play ducks and drakes with the Sharks and the media. 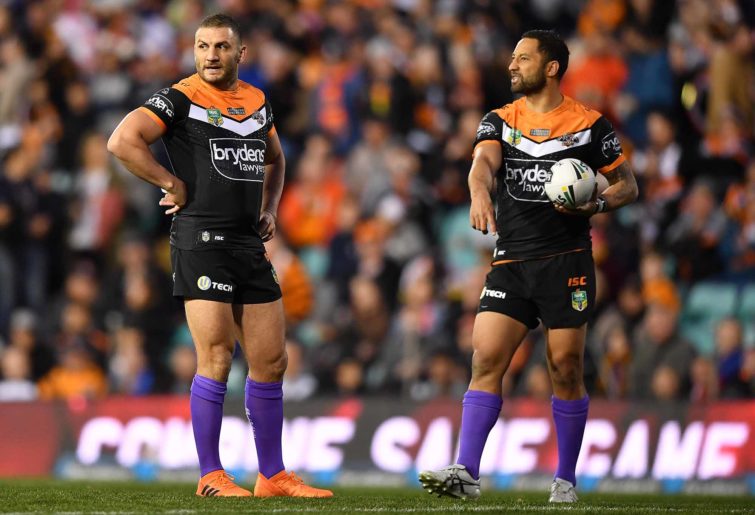 League fans are no strangers to such selection antics, with Queensland’s State of Origin side making a habit of mysterious illnesses and injuries to keep the Blues guessing. More recently, the Roosters fooled everyone into believing Cooper Cronk was little chance of suiting up in the 2018 decider before he came out to steer the Tricolours to victory.

After 302 NRL games, Farah and the parochial Leichhardt faithful will be desperate for the No.9 to walk down the famous tunnel and onto the ground come 2pm on Sunday. While it would provide a morale boost to the squad, Farah’s injury carries an inherent danger.

Would the Tigers dare risk playing Farah if he isn’t 100% fit with an increased potential of re-injury?

The king and his (sold out) castle
Less than one hour after the Tigers had completed their demolition of the Dragons last weekend, the Wests social media team had announced that Leichhardt Oval was sold out.

Whether you call it the Eighth Wonder or God’s Backyard, Leichhardt truly is the inner-west’s equivalent of the Theatre of Dreams. From the walk up Mary Street to the building atmosphere in Laurie’s Lane that spills into the ground and onto the grand hill that sits beneath the Moreton Bay Figs, Leichhardt Oval is a special experience for players and fans alike.

Leading the Tigers’ charge – Farah or no Farah – will be the undisputed king of Leichhardt, Benji Marshall. Marshall has experienced a career resurgence this season, racking up 17 try assists and three tries in his 18 appearances.

Speaking on NRL360, Marshall stated, “Sunday afternoon 2pm, sun shining, it’s the best time to play there. You look at the hill, packed full of crowd, all holding their tinnies, looking into the sun, braving the sunset, people on the roofs sitting down, too packed that people can’t get in, it’s just unbelievable”.

However, while it appears likely that Marshall will re-sign with the club on a one-year deal for 2020, there remains a chance that this could also be his final appearance for the club. Can he steer the Tigers into September football once again?

With two teams boasting club champions set to retire and only one to live on to fight another day, does sport get any better than this? 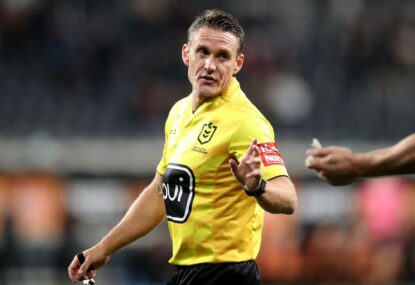 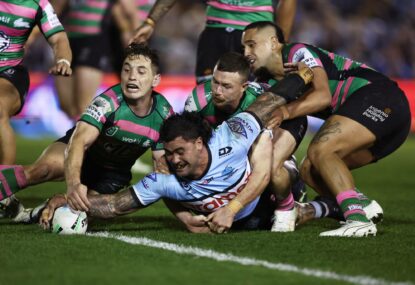 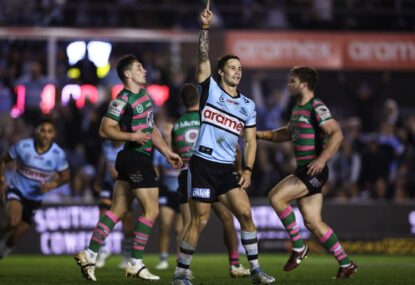