Liverpool took note of his raw potential as a 15-year-old at Queens Park Rangers and swooped to sign him on an initial £600k deal (rising to £5mil with add-ons) in early 2010. He was made to bide his time playing with the reserves until he made his senior debut in early 2012.

Sterling continued to go from strength to strength over the following seasons and firmly established himself as one of football’s hottest properties culminating in being awarded the prestigious ‘Golden Boy’ award in 2014. Previous winners include: Lionel Messi, Paul Pogba, Sergio Aguero and Wayne Rooney.

Things on the pitch were going well but off the pitch the Liverpool fans and the media were beginning to sour on Raheem as rumours circulated that he was angling for a huge pay rise while also finding himself in trouble with the law. 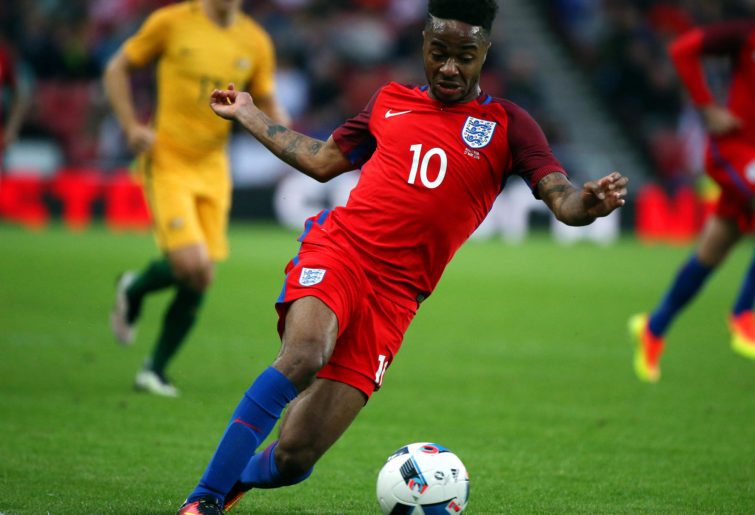 All of this came to a head in the summer of 2015 when Manchester City agreed a deal of up to £49mil to bring him to the Etihad Stadium. Being the most expensive English player of all time brought a certain level of expectation with it and Sterling initially struggled with the pressure associated with the price tag.

It wasn’t until Pep Guardiola took over in 2016 that Sterling started to mature into a well-rounded footballer who was more than just a speedy winger.

Guardiola recognised the precocious talent of Sterling and developed a game plan which would bring out the best in his winger. Instead of being pigeon holed onto a wing, he was afforded more of a free role in order to have a greater impact on the game.

The result has been a dramatic increase in both goals and assists. Being surrounded by players the calibre of Kevin De Bruyne, David Silva, Sergio Aguero and Bernardo Silva has helped Sterling become the player he is today while the leadership of Vincent Kompany can’t be understated in helping Sterling grow as a man on and off the pitch.

Under Guardiola, Sterling has improved each season and is now recognised as a leader for both club and country, as well as embracing his new found status as a role model in the community.

It’s important to remember that Sterling is still only 24 years old, has remained relatively injury free and still has his best years in front of him.

The sky is truly the limit and if he continues his form for the rest of the season then there may be more winners medals to add to an already overflowing collection.

Manchester City have moved back to second in the Premier League after a stylish 3-0 win over an insipid Everton at the Etihad Stadium.

Liverpool have won a five-goal thriller away to Atletico Madrid while Manchester City, Real Madrid and Ajax all recorded convincing wins as the goals flowed in the Champions League.