Just their best performance of 2019: the Wallabies' simple quarter-final assignment

The Wallabies are through to the Rugby World Cup knockout stages and that is an achievement that has carried variable levels of confidence at different points this international season.

Their 27-8 win over Georgia in Shizuoka can be described multiple ways, and some of them are even complimentary.

I’ll let you come up with whatever descriptor you want to insert here, but it can’t be denied that they did enough to win a game in wet conditions against a plucky opposition keen on finishing their Rugby World Cup campaign as strongly as possible.

And with Wales putting Uruguay away in Sunday’s final game of Pool D, the Wallabies have now officially finished second in the pool, putting them into a quarter-final against the winner of Pool C, which was probably always going to be England, in a pool that contained the equally brilliant and erratic France and Argentina.

Saturday’s match in Oita now represents the Wallabies’ biggest game of the year. And if they win that, they’ll face their a bigger one yet the following weekend.

That has to be the mentality; it’s not just knockout rugby the Wallabies are now playing, every game from here on is their most important game of 2019.

And the performance needs to match it.

Because the Wallabies consistency since that wonderful Bledisloe Cup Test win in Perth back in August has been woeful. 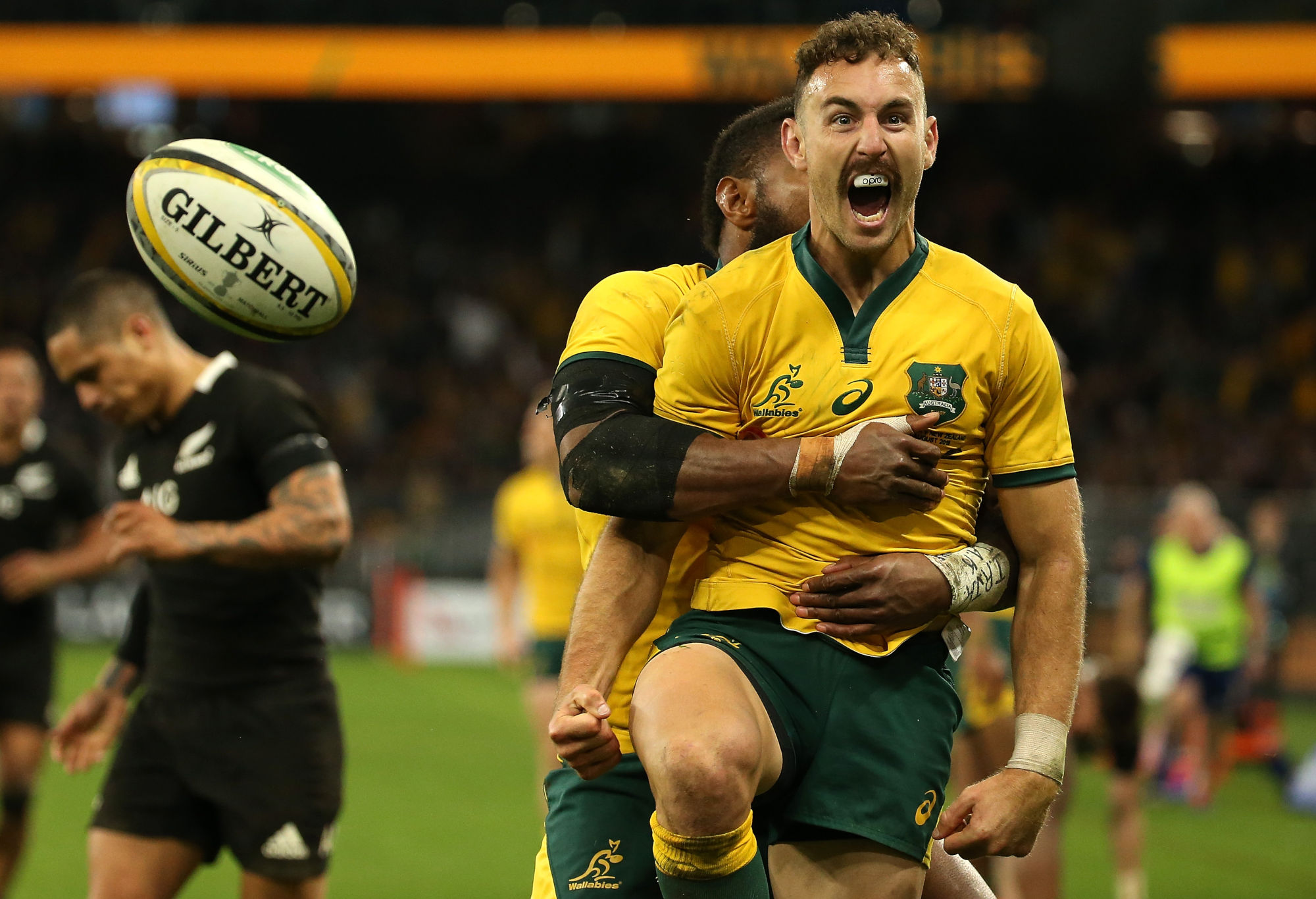 Since that win in Perth, the Wallabies have won four of the six games played, including three of the four Rugby World Cup pool games, but are yet to turn in a true eighty-minute performance.

Individuals have been brilliant and terrible in the space of a week. Match tactics have been puzzling at times and spot-on in others. Game plans have ranged from mind-blowingly, metronomically predictable to completely non-existent.

Worse, the first choice XV which looked clear and obvious back during The Rugby Championship is now anything but.

In fact, this is a large part of the Wallabies’ muddled performances during the Rugby World Cup, because the selections from one week to the next have all but killed any semblance of combination that was forming earlier in the year.

Earlier in the international season, I made mention of the Wallabies’ consistency of selection through 2015 and into the Rugby World Cup that year, where I highlighted that 18 of the 23 who took the field in the first Test of 2015 were still there by the World Cup Final.

“Come the Rugby World Cup, it was really only the Uruguay game that the 1st XV sat out, and with injuries the only reason regular starting players didn’t play from then,” I wrote of the selection continuity on show four years ago.

“But everyone was back for the Final.”

From the England game in the 2015 tournament, Michael Cheika made just fourteen changes across the last five games. From the Quarter-Final win over Scotland to the Semi against Argentina, he made only three changes, and took exactly the same 23 that won the Semi into the Final.

The amount of change in the Wallabies side this tournament has been eye-watering.

From the second Bledisloe Test to the Samoa Test in Sydney, the Wallabies made twelve changes to the starting side and six more on the bench as they scrambled to get game time into fringe players inside and outside the squad.

That in turn meant 22 changes for the first match of the Rugby World Cup, with only Marika Koroibete wearing the same jersey from the previous match.

It followed with another six changes for the Wales game, twenty more for Uruguay, and then eighteen further changes for Georgia on the weekend. That’s 44 changes since the tournament started alone.

And yes, it’s true that the Wallabies’ Rugby World Cup draw has created this, with the two hardest games coming first.

But the Australian selectors are the ones making the changes.

The point was made in commentary on Friday night that Nic White and Matt Toomua was the Wallabies’ 22ns halves combination in their last 50 Tests.

Considering how many of those Tests Bernard Foley has played, that’s a ridiculous amount of change.

And who knows what the first-choice XV is now? 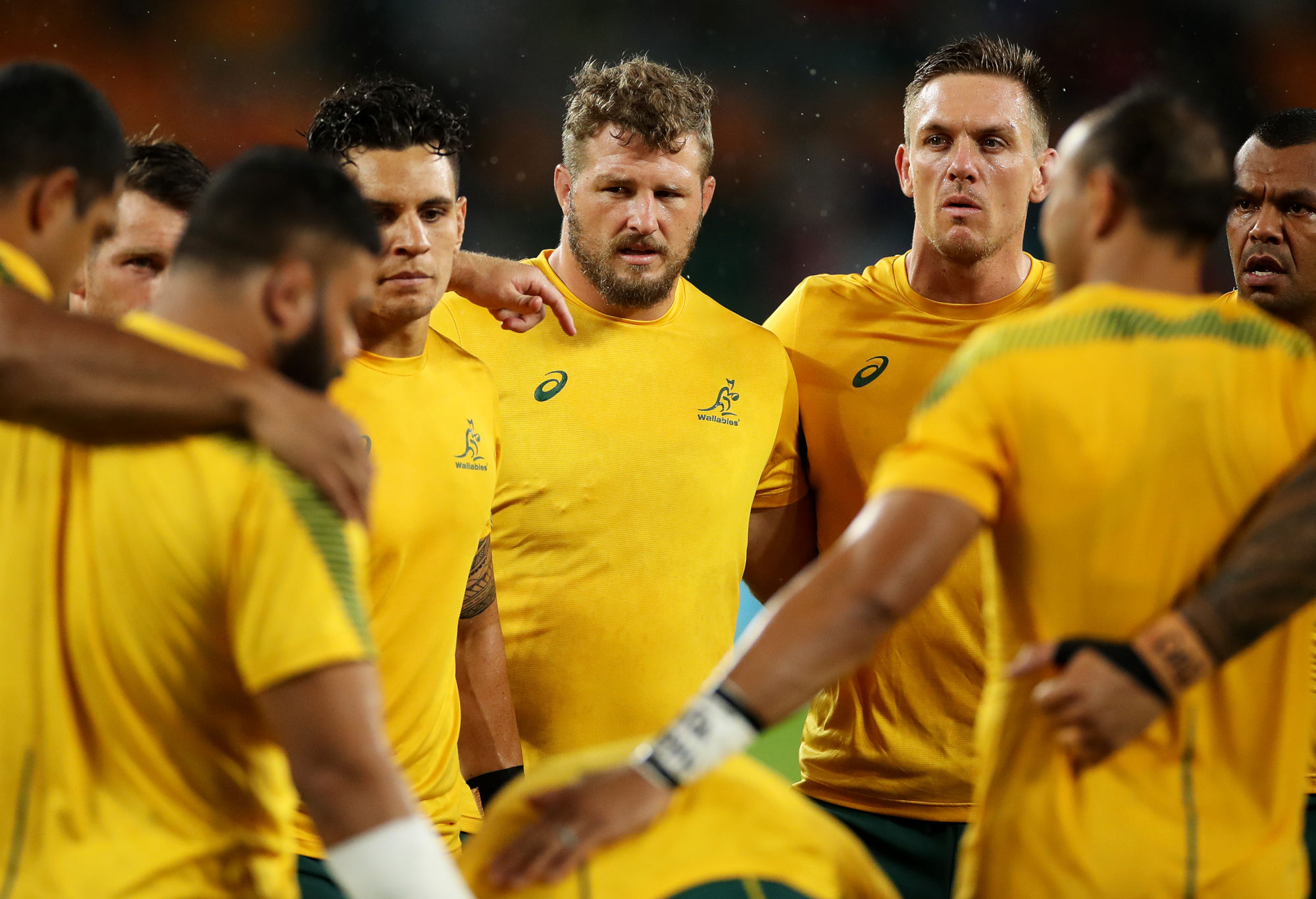 So we head into the biggest game of the year, and the problems are numerous.

The attacking breakdown work has been mostly too passive throughout the tournament. Save for Rob Simmons and Taniela Tupou’s efforts for Will Genia’s try the other night, Wallaby offloads still feel like an afterthought.

The backline really isn’t doing enough with the platform laid by the forwards’ set piece work.

And the set piece has been good, very good in fact. It will need to be excellent against England, but at least the Wallabies forwards will go into the game with the confidence they can do that.

But clearly, the biggest lesson for the Wallabies is going to from their own mistakes.

Reece Hodge will be available again to face England, but it’s highly debateable that his teammates or coaches have learned anything from his three-week suspension for high contact.

I’ve lost count how many high contact penalties the Wallabies have conceded in the games since, and there’s been yellow cards too. It’s frankly ridiculous.

But with all that aside, the Wallabies have made the knockout stage and now the hard work really begins.

They’ve officially given themselves a chance to progress further.

And considering everything that’s going wrong in the Wallabies’ game this tournament, that is something.

All they need to do is play their best rugby of the year.