So now we’re complaining about VAR getting decisions right? A response to Simon Hill 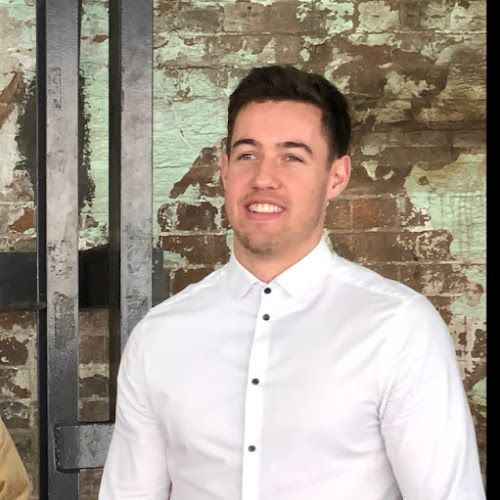 Simon Hill has long been an avid critic of the VAR’s introduction into football. While I regard Hill as one of the best football commentators and pundits in this country, this has always been the one thing I’ve strongly disagreed with him on.

His latest article in The Daily Telegraph seemed to echo a lot of what I hear from people and read on Twitter – yet so much of it just seems stubborn and illogical.

Football ‘purists’ are unwilling to accept change and progression in the game. The same people that would complain on a weekly basis when referee’s got crucial decisions wrong.

The overarching thought I continuously come back to is that if we’re going to use this technology post-game to analyse how decisions were wrong, why would we not use it during the game to actually get the decisions right?

Yes. Six interventions that otherwise would have been six officiating mistakes and six negative talking points.

“(collectively, the five A-League games were delayed by a total of 11 minutes and 39 seconds while waiting for the decisions)”

I wish the process was a bit quicker as well but there are a few things we should remember.

Firstly, the majority of this time was spent on just a couple of decisions that took extra time to analyse and judge properly, such as Dylan Fox’s handball against the Wanderers. Most other decisions were handled much quicker.

Secondly, the time that used to be wasted by players continuing to argue and protest with the referee after contentious decisions has effectively been eliminated because the players now know the VAR will check it. I’d wager this time saved would be close to the time taken for VAR to check decisions.

Thirdly, this time is less than what it was last season. It will be less next season, and less the season after that. The tech will get better and officials will get quicker as they become more proficient with it.

“Al Hassan Toure’s debut goal was overshadowed by the “is it, or isn’t it” tribulations, while Elvis Kamsoba’s exuberant celebrations were all for nothing, thanks to him being ruled offside by a quarter of a jockstrap.”

Toure’s debut goal wouldn’t have been a goal at all without the VAR considering the linesman flagged him offside.

If you asked the youngster whether he’d prefer a goal celebration slightly interrupted by a VAR check as opposed to his goal being incorrectly disallowed, I think we know which he’d choose.

Kamsoba’s celebrations were for nothing, yes. But what about the thousands of City fans that would have been left gutted once it was revealed the goal that lost them the derby was actually offside.

Quarter of a jockstrap, a full jockstrap or 50 jockstraps – offside is offside.

“Hawkeye technology, which has clearly done away with the mantra of “clear and obvious” error.”

This is probably the most frustrating aspect of the anti-VAR argument. ‘There should be some leeway – we shouldn’t be measuring by the centimetre’.

You’re absolutely right, they haven’t been. Referees come under an enormous level of scrutiny and cop huge amounts of abuse for decisions made at break-neck speed. If people are going to spend hours breaking down individual moments with slow motion replays to analyse whether a decision was right or wrong, why shouldn’t refs have the right to take a couple minutes to do the same thing?

Sport is getting faster and more precise. The majority of other sports have introduced various technologies similar to VAR to assist referees in keeping up.

If we’re not going to give our refs the tools to make the best decision possible and combat the increasing scrutiny, how can we possibly expect young referees to want to develop into professionals?

“All were relegated to minor discussion points as VAR took centre stage.”

VAR is still new and as with any new element of the game, it will always garner a lot of attention in its early stages. But as we get used to VAR helping make decisions correct, it will cease to dominate discussion.

You know what didn’t dominate discussion from Round 1? Incorrect refereeing decisions.

“It took a full two minutes before Roy O’Donovan’s goal for Brisbane was declared legal.”

Again, this will get faster as the tech and refs get better. Would we rather Brisbane have been robbed of their last-minute equaliser? The linesman ruled him offside remember, same as Toure.

“They, understandably, want the right decisions more than anyone. Yet this is not the English Premier League where millions of dollars are at stake”

We continuously say we want the A-League to grow and become the best it can be. We compare it to the MLS, EPL, La Liga and other top leagues wishing it could be more like them. So if the best leagues in the world are utilising VAR, why would we not do the same?

“Perhaps I’m in a minority, but I grew up admiring the skills of footballers, and enjoying great goals, not the forensic investigation of footage by officials.”

I admire the skills and great goals as much as anyone. But surely an element of a great goal is that it’s scored within the laws of the game. If a player catches the ball 30 yards out, rolls it in front of him and smashes it top corner, is it still a great goal?

VAR isn’t perfect – it can be improved. For instance, making the process more transparent and keeping crowds and TV viewers in the loop.

Let’s work with administrators and officials to improve VAR and work towards a system that eventually feels like a natural part of the game.