Mitchell Moses shows he has it on big stage again

Mitchell Moses’ player-of-the-series performance at the World Cup nines again showed he has what it takes to perform on the big stage ahead of a massive 2020.

The Parramatta halfback was named player of the tournament in Australia’s title success, as he set up four tries and also scored four of his own in the tournament.

It also comes after he impressed for Lebanon in the traditional World Cup in 2017, playing under current NSW State of Origin coach Brad Fittler.

Moses was named the Dally M halfback of the year in 2019, ahead of a year where there will be a spot open in the Blues halves following the departure of James Maloney for England.

“I don’t want to look at it like that,” Moses said.

“I just wanted to learn as much as possible with some world-class players in this team.

“I wanted to take as much out of it as possible.

“I enjoyed (the tournament and final). I don’t want to look too far ahead. Just get into the pre-season with Parramatta and see what happens.”

Realistically, Moses will face stiff opposition from Luke Keary to partner Nathan Cleary, assuming the Blues stick with the youngster at No.7.

However, if he maintains his form from 2019, he will have a case to push for Fittler’s Blues.

The form half of 2019, Moses set up a league-high 31 tries as he helped Parramatta secure their finals win in a decade.

Now aged 25, he is entering the prime of his career with already more than 130 games to his name after debuting as a youngster for the Wests Tigers.

And Kangaroos coach Mal Meninga said it would only be a matter of time before he begins pushing for more representative honours.

“He’s certainly maturing as a person and as a player. He’s starting to put some pressure on guys at the big end,” Meninga said.

“He had a terrific year this year for Parramatta, and that’s why he’s in the footy team. He’s starting to poke his head up now, which is fantastic for him.”

It sparked one of the team tries of the Nines tournament. 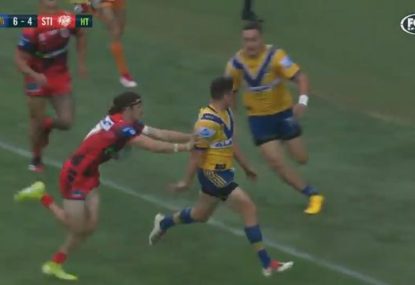 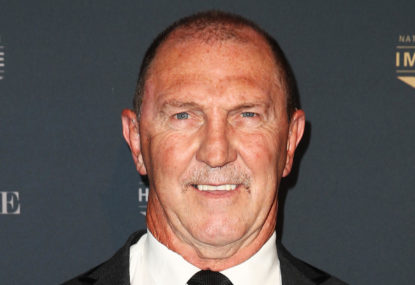