The Magpies announced on Wednesday that Sier and father-son recruit Will Kelly had signed two-year deals.

Sier was recovering from a calf muscle injury, one of a number of Collingwood players with soft-tissue problems at the time, when he was caught playing in an August social basketball game.

He was listed on the team sheet as Phil Inn. 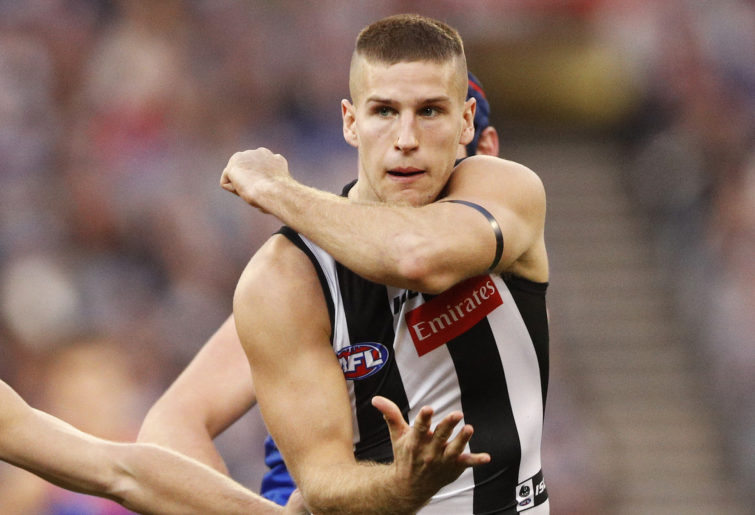 Brayden Sier has re-signed with the Pies. (AAP Image/Daniel Pockett)

The Magpies fined him $5000 and Sier also had to do community work.

When he confirmed the sanction, coach Nathan Buckley said that Sier understood it was “not a great decision”.

But Collingwood made it clear on Wednesday that they have high hopes for the on-baller, who turns 22 next month.

“We’ve seen some really positive signs from Brayden over the past couple of years and as he continues to grow and develop, he can play an important role in our midfield going forward,” said Magpies list manager Ned Guy.

Sier has played 18 games since last year’s debut, including six this season before his calf injury.

He was concussed in his August 24 VFL return and did not play for the Magpies in their AFL finals campaign.

He joined the club through last year’s draft and only managed four VFL games before a hamstring injury derailed his season.

“Will has… applied himself with utmost dedication and focus as he works on getting his body right to get back on the field,” Guy said.