Dial down the draft hype

Less than two weeks out from the AFL draft and the journos and couch experts are slicing, dicing and dissecting the talent pool on show for 2019.

Kudos to the AFL for keeping their code in the spotlight during the off-season. But let’s face it, the Americanisation of the process becomes a little tedious and tired by the time we get to the finish line.

These young kids are subject to a torrent of articles and media comment around their capacity to play AFL and why clubs should move heaven and earth to get first crack at the top ten.

While the AFL is ebullient about the draft, it has a lot less to say about its complementary process: the annual list cull.

I realise we footy supporters accept this for what it is and the only issue of importance is sustained success for the team you support, but we should be concerned about the manner in which the system engorges and then regurgitates. It’s not a healthy process.

The pundits are telling us that this draft isn’t deep and as such it’s essential to go hard early because the talent pool tapers off after the top ten. 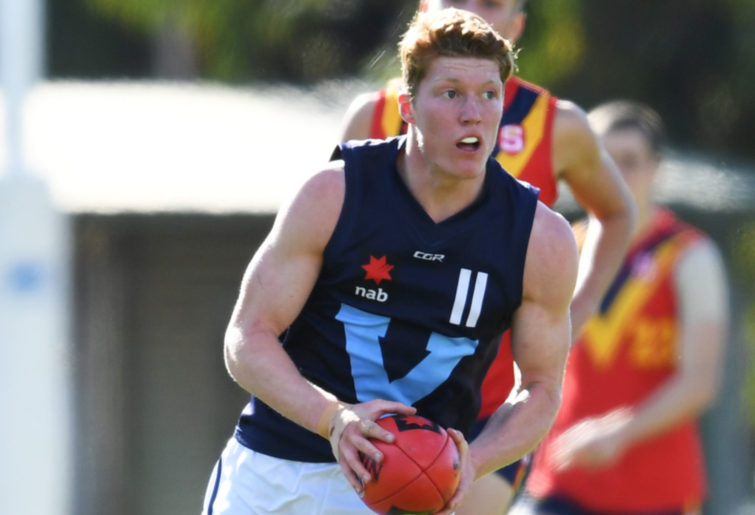 That’s not a particularly good message to send to the potential draftees. If ever there was a speculative assessment, this has to be it.

The only showcasing of these kids is against players of their own age, so cool the expectation. These are 18-year-old kids, physically and emotionally underdeveloped.

History shows us that most of the AFL is made up of players who weren’t drafted in the top ten.

If you were to ask the average punter who the top ten draftees were in 2018, I’m sure most of us would struggle to name more than two or three, and as for 2017, well that’s a void.

Post draft, after all the hype has evaporated, these temporary celebrities will have had their moment in the sun and three or four weeks on we’ll have forgotten their names and who drafted them.

From this point on they become the responsibility of the AFL clubs that drafted them and we assume that player welfare strategies are in place to develop, support and nurture these kids.

The prevalence of mental health issues among players suggests that the pressures of the game are a significant factor in player well-being and we have to accept that AFL clubs are handling this issue in a professional and caring manner.

So, to the AFL, keep the draft interesting and grounded. Remember that the majority of those affected are young kids and their well-being should be the prime consideration, not the AFL’s obsession with the bottom line and the threat of competition from other codes.