Where is the best football factory in Victoria? Part 2

With the 2019 AFL draft fast approaching, local clubs and young talent become the faces of the code across the country.

So with our attention turning to the next generation, I’ll be compiling a hypothetical team of 22 for each Victorian club in the 2019 NAB League. Each list will comprise current AFL players who represented those clubs as teenagers. These squads will indicate which precise regions of Victoria have a bounty of young footballers for the future.

You can read part 1 of this series here, looking at four of the metro clubs. In part 2 I’ll look into the rest of the metro squads and transition into the country squads by looking at the Geelong Falcons.

The outcome of the upcoming draft holds significance for some of these clubs for a couple of different reasons, and in some cases it relates to these hypothetical line-ups.

This strong team of 22 displays the immense success of the Oakleigh Chargers development program along with their three TAC Cup/NAB League premierships in the past six years. Seven All Australians are in this squad, including Dan Hannebery with his three nominations.

However, there would be real questions over having just one tall forward, even though the five small forwards happen to all be matchwinners. But that’s why these are just hypothetical teams.

The Chargers can be proud of the talent coming out of their department. This best 22 may also be under consideration in 12 months if Matt Rowell and Noah Anderson live up to the hype – but I wouldn’t want to put any pressure on these young talents. 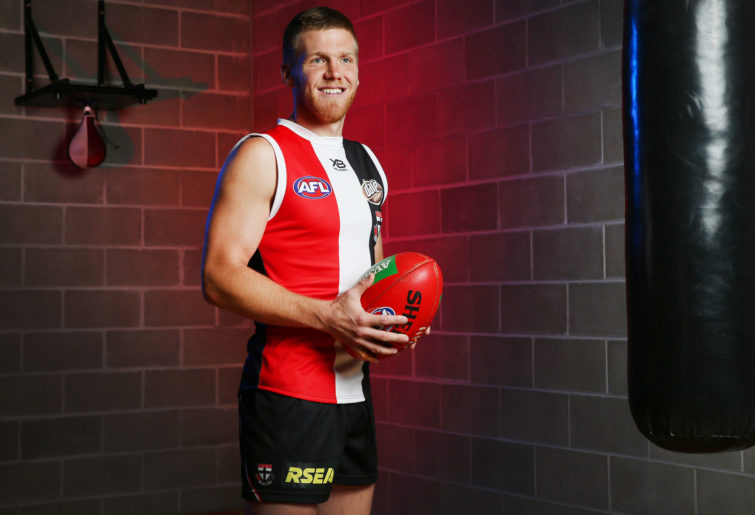 The Calder Cannons football factory is capable of fielding a well-structured squad of 22. Unlike several of the previous squads, the Cannons have suitable options in the ruck and tall forward roles while still fitting small and medium players to the other forward positions. Reilly O’Brien’s breakout season allows for Peter Wright and Mitchell Lewis to be placed in their natural positions.

You may also notice that these 22 players are found across 13 different team lists. While the Dogs have four players in this team, there certainly appears to be a level of diversification higher than clubs such as Geelong and the Northern Knights. Overall, this is another solid team.

Here is the first of the incomplete teams. I’ve tried to structure the 14 players as evenly as possible, but I’m not a coach. An unconventional set-up might be better, especially because there are enough midfielders in this line-up to fill six midfield position, including Lachie Fogarty and Corey Ellis, who have been forced into unfamiliar positions. But surely we’ve all had to play short at one point or another in our footy careers!

Geelong as a whole is unofficially unique to Victorian football. The pathway to the AFL that exists in Geelong is different to the rest of the country and certainly diverges the city from the other areas of country Victoria that the Falcons are technically classified with.

Even without knowing anything about its football operations we can see that Geelong has produced a plethora of football talent in recent years. This includes players who have either found their way to Geelong’s AFL team or have been linked to trades there. The bounty of midfielders available means that on-ballers Sam Walsh and Shaun Higgins are selected on the wing, while Patrick Dangerfield is effectively a key forward. But they certainly are all capable in these roles.