As Australia rolled on toward their emphatic innings victory over Pakistan in Adelaide on Monday, and with it a dominant 2-0 series win leading into the three-Test series against New Zealand, a new addition was being added to a very curious piece of Test history.

Australians to play in a winning Test match without batting, bowling or taking a catch:

Indeed he had. As Australia compiled their mammoth 3 declared for 589 in Adelaide, Head had spent at least eighteen overs with the pads on as the next man in, and probably even another 27 more if he put the pads on at the fall of the second wicket as would seem likely. But he never faced a ball.

Over two innings in the field, as Australia bowled Pakistan out for 302 in 94.4 overs and then 239 in 82 overs in the second innings following on, Head’s gentle right-arm off-breaks weren’t required.

Fifteen of the twenty Pakistani wickets fell to catches. Tim Paine gloved six of them behind the wicket, David Warner claimed three, and Steve Smith jagged a couple in the cordon.

Nathan Lyon took one in the first innings, and Mitchell Starc, Labuschagne, and Josh Hazlewood each took a catch in the second innings, too.

All that time ‘in the game’, yet Head never actually got in the game. All he has to show for more than 221 overs of ‘action’ is a Test victory – and a match payment!

In doing so, he became the 14th player to play in a winning Test and not score a run, take a wicket, or take a catch. The most recent to achieve the milestone, if you can call it that, was leggie Adil Rashid, in England’s innings-defeat of India at Lord’s in 2018.

Indian wicketkeeper Wriddhiman Saha did in a match that still featured eight Indian catches, a win over New Zealand in Indore in 2016. South Africa no.6 bat Jacques Rudolph also wasn’t required in a win over England at The Oval in 2012.

Head is the third Australian – but he’s actually on his own within that group of three, and I’ll explain why.

Bill Johnston was a tall left-arm quick who also bowled a bit of left-arm orthodox, who was Australia’s leading wicket-taker on The Invincibles tour of England in 1948, and who despite not getting the same sort of fanfare, was often seen as a more reliable bowler than renowned teammates Ray Lindwall and Keith Miller.

Johnston suffered a bad knee injury in an early tour match on the 1953 Ashes Tour, which forced him to remodel his bowling action, a required tweak that many authors have since opined meant he was never the same bowler. It was an injury that would see multiple flare-ups over the next two years.

In 1955, Australia toured the West Indies for the first time, and Johnston took 2/126 and 0/60 in a high-scoring First Test won by the visitors.

In the second Test, Johnston suffered a recurrence of the knee injury and couldn’t complete the match which Australia won by an innings, thus becoming the first Australian to play in a Test victory without contributing with bat or ball. 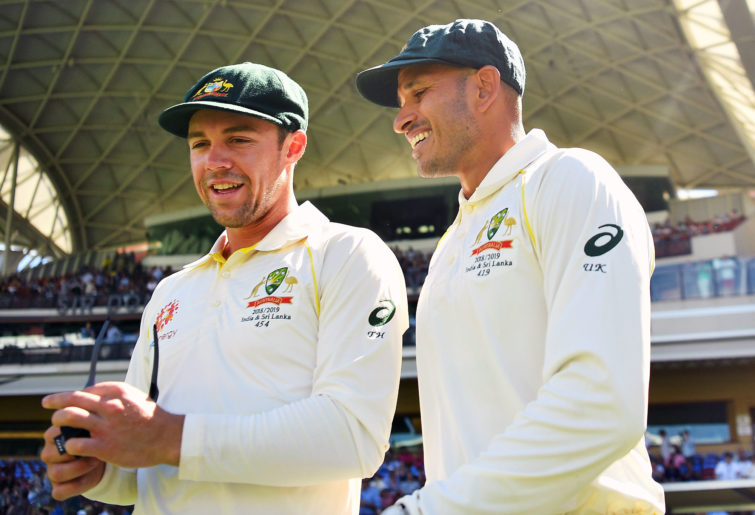 But it happened to Johnston again, just three Tests later on the same tour. Having missed a month of cricket, including the third and fourth Tests, Johnston returned for the fifth in Jamaica, only to again injure the knee as he changed direction while attempting to catch a Clyde Walcott pull shot early on the first day.

A makeshift stretcher was fashioned out of a dressing room bench to carry Johnston from the field, and sadly, he never played another Test. His last two Test matches were Australian wins, yet he didn’t finish either them and didn’t bat or bowl.

Craig McDermott’s entry as the second Australian on the list follows a similar tune.

The second Test of the 1993 Ashes series is remembered mostly for Michael Slater’s maiden Test century – the one that made helmet-kissing a thing – and for Mark Taylor and David Boon both making hundreds in the top three as Australia amassed 4 declared for 632, and with Allan Border not waving the Australian bats in until midway through the first session of the third day.

But there was a reason for batting so deep. Steve Waugh explained why in his obligatory Tour Diary at the time in his entry for the second day of the Test.

“Some people might say we batted on too long but one of the reasons we continued to pile on the runs was that during the Tea interval Craig McDermott had doubled over in agony with stomach trouble. After consultations with doctors, he was immediately rushed to hospital,” Waugh wrote.

“There were fears of burst appendix, or possibly complications arising from two previous hernia operations. I don’t think I’ve ever seen someone is as much pain as when I found Craig in the players’ toilets, gasping for air and unable to move. He was all hunched over, with tears pouring down his face. All we can hope is that it turns out to be nothing too serious.”

The big Queensland paceman not only took no further part in the Lord’s Test, but he didn’t play another Test until the start of the home summer in November ‘93.

Which brings us back to Travis Head. 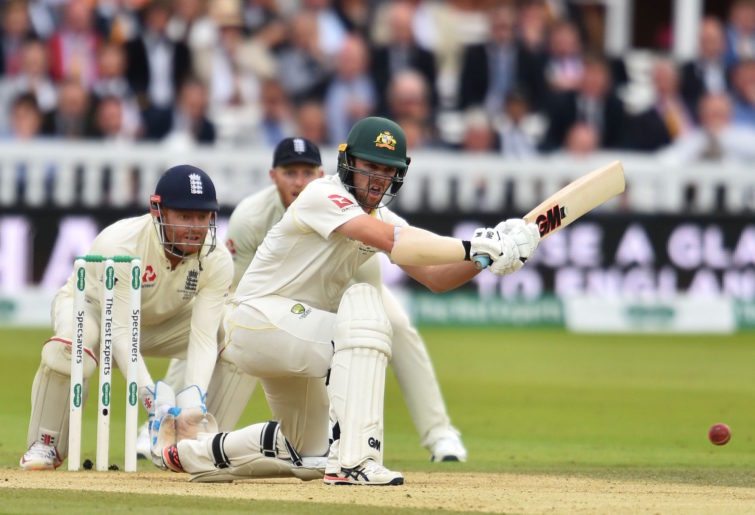 While Johnston and McDermott were injury- and illness-enforced absences from matches underway – twice, in Johnston’s unfortunate case – Head now finds himself in unique territory.

He is now the only Australian cricketer in the history of the game to play in a winning Test match, but to not bat, bowl, or take a catch, despite being fully fit, willing and able to do so for the entirety of the match.

He’s done something no other Australian cricketer has done in 390 wins across 827 Tests going back to 1877.

It is quite the cricket fact, and one you should definitely keep that in your back pocket the next time you head off to the pub trivia night.